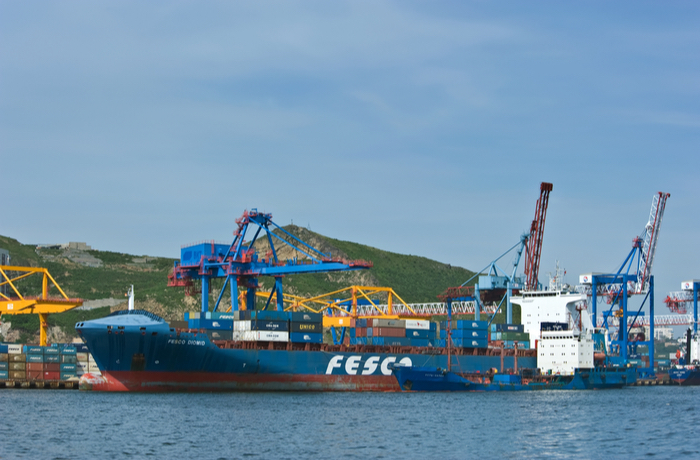 DP World is deepening its containerized rail presence in Europe, acquiring an ownership interest this week in a Swiss operator of inland container depots and seeking Russian approval to take a stake in Fesco, the country’s largest intermodal transport group.

The Dubai-based global terminal operator on Monday announced it had taken a 44 percent stake in Swissterminal Holding, which operates facilities in Zurich-Niederglatt, Basel-Birsfelden, Basel-Kleinhüningen, and Liestal. The terminals connect to major European seaports Rotterdam and Antwerp, along with the Italian ports of La Spezia, Genoa, Ravenna, and Trieste.

Meanwhile, in a Jan. 15 letter seeking Russian approval to take a 49 percent stake in Fesco, DP World said it would invest $350 million in the Vladivostok seaport and expand the company’s railcar fleet to capitalize on growing transport between Asia and Europe.

According to the FAS press service, the deadline for granting or rejecting DP World's proposals is Feb. 20. DP World signed a memorandum of understanding with Summa Group, owner of Fesco, in 2016 to explore investment opportunities in ports, inland logistics facilities, and Special Economic Zones in Russia.

DP World signaled its interest in Russia in January 2016 with the launch of a joint venture with the Direct Investment Fund that plans to invest up to $2 billion in upgrading the country’s port facilities. DP World has an 80 percent stake in the JV, DP World Russia, with the sovereign wealth fund holding the remaining 20 percent.

In terms of its European footprint, DP World, which handles over 70 million containers annually through its global network, has operations in Belgium, England, France, Germany, Romania, Spain, Turkey, and the Netherlands.