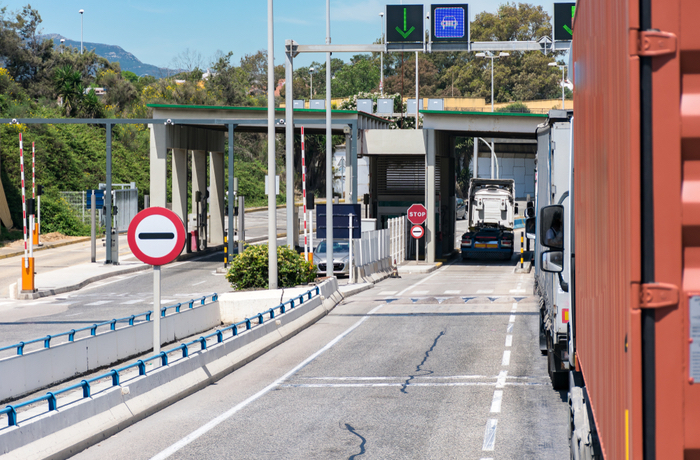 While the revamped agreement could spur investment, the deal does little to address the delays and disruptions cargo owners face in moving goods across the US-Mexico border. Photo credit: Shutterstock.com.

Mexico’s economy will stagnate this year, after experiencing a technical recession last year that saw gross domestic product (GDP) decline in the first three quarters, according to a Jan. 22 outlook from IHS Markit, parent company of JOC.com. Demand from the United States — the destination for 80 percent of Mexico’s exports — is cooling, with vehicle factories forecast to make 200,000 fewer units this year, bringing output to 3.7 million units, according to IHS Markit.

With Mexico’s manufacturing sector ending 2019 with its worst performance in the eight-and-a-half-year history of IHS Markit’s Manufacturing Purchasing Managers’ Index (PMI) survey, it’s not surprising that cargo volumes between the US and Mexico are falling. The value of freight hauled across the border in November fell 6.1 percent year over year to $34.4 billion, the latest month that data is available from the Bureau of Transportation Statistics.

The signing of the deal “removes a very significant cloud of uncertainty for us and there is fairly high expectations in Mexico that resolving USMCA is going to provide a boost to the economy in Mexico, which certainly would be a welcome occurrence for us,” Patrick Ottenmyer, president and CEO of Kansas City Southern Railway, said during a fourth-quarter earnings call Jan. 17. The Class I railroad’s network connects Mexico and the US.

In a fourth-quarter earnings call Jan. 23, Union Pacific Railroad CEO Lance Fritz said the deal “does take a little bit of a headwind and turn it into a tailwind,” but he noted the positive impact on cross-border volumes would only be seen in the long term.

The positive message the USMCA signing will send to foreign investors is needed more than ever. The administration of President Andrés Manuel López Obrador is scaring away foreign investment by pushing policies that are friendlier to state enterprises, said Claudia Jañez, who leads the Latin America division of chemical company DuPont de Nemours. According to Mexico News Daily, Jañez said the 7.8 percent rise in foreign direct investment (FDI) to $26 billion in the first nine months of 2019, the highest ever, reflect deals struck up to a decade ago, not current conditions.

While the revamped agreement could spur investment, the deal does little to address the delays and disruptions cargo owners face in moving goods across the US-Mexico border. USMCA, the successor to the North American Free Trade Agreement (NAFTA), does indeed streamline paperwork needed for Customs clearance and envisions a “single window” used by all three countries to track cross-border shipments in North America. Mexico has ratified the deal, but Canada has yet to do so.

“What we feel is important for supply chain professionals is the Customs facilitation chapter of the agreement,” Jason Craig, director of government affairs for C.H. Robinson Worldwide, said in an interview. “In NAFTA, there were only two or three pages on Customs facilitation, and in the USMCA there are more than 30 pages,” including a distinct process for resolving disputes.

But USMCA isn’t a spending bill, which means it won't directly contribute to infrastructure investment cross-border experts say is necessary to accommodate rising volumes. Shipments will continue to face costly transportation delays in times of peak demand and disruption at the border itself.

“Infrastructure is a pain point,” said Ohad Axelrod, co-founder and CEO of digital trucking marketplace Fr8Hub. “You look at the roads leading to the border from Monterrey, and some of these sections are pretty horrible to drive.” The more freight is moved, the worse the situation is likely to get, he said.

The leading concern among US-Mexico shippers is a lack of visibility at the border. Trucks can be tracked on either side of the boundary, but once freight is moving through Mexican and US customs and being transferred from truckload carriers to drayage drivers to a warehouse, visibility goes dark.

“One of our biggest problems is when we have drivers arriving to pick up freight in Laredo and we don’t even know if that freight has crossed the border,” Ari Stern, logistics director at Sherwood Food Distributors, an independent meat distributor based in Detroit, told JOC.com in October.