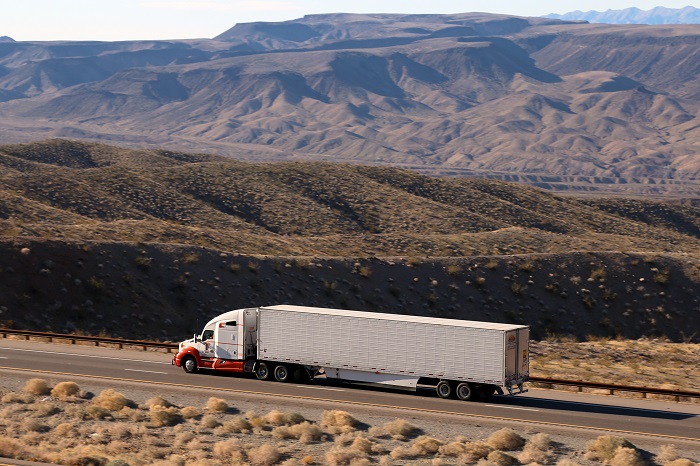 At Schneider National, the second-largest US truckload operator after Knight-Swift, rate hikes in customer contract renewals averaged low, double-digit percentages in the first quarter, the company said Thursday. This is an environment “we have not experienced in well over a decade,” Christopher Lofgren, president and CEO of Schneider National, said.

The narrative is consistent with data from transportation researchers and conversations between JOC.com and private fleets.

As of mid-April, DAT Solutions reported the average contract linehaul van rate was 11.3 percent, or 19 cents, higher than a year ago. FTR Associates upped a previous forecast of a 12 percent hike in contract rates to between 13 and 14 percent this year.

CRST International CEO Dave Rusch told JOC.com that contract rates were up slightly over 10 percent across all equipment types and even higher in the company's flatbed division.

An executive at a second US truckload carrier, speaking on the condition of anonymity, pegged the contract renewal rates in the 5 to 10 percent range.

Hub Group CEO Dave Yeager also said rates were up in the mid-single digits rather than double-digits during an April 26 earnings call, trailing some of the guidance of his peers.

"We're only a third of the way through. And so, I would not discount the fact that we could end up in the high-single digits," he told Wall Street analysts. "Thus far, we have not found a ceiling for the increases as price inflation continues to gain momentum."

The contract rate hikes reported by the large US truckload operators are reflected in lower first-quarter profit margins at many US retailers, manufacturers, and food and beverage companies that rely on truckload transportation providers to move goods within North America.

“Freight is up a lot and that’s a consequence of the change in regulation in terms of number of hours that the drivers can drive,” James Quincey, chief executive officer of Coca-Cola, told Wall Street analysts Tuesday. The regulation he referred to is the electronic logging device mandate.

"I do think that there's no question that our customers are not particularly happy with the increase in costs that are occurring," Yeager added. "But I think at the same point in time, if you look at the entire industry and what we've gone through the last 18 months, that it shouldn't be unexpected."

Quincey pegged the increase in US freight costs at 20 percent. “This is very specific to the US,” he said in an earnings call transcribed by Seeking Alpha. At Hershey’s, higher freight rates helped lower adjusted gross margin 260 basis points to 44.9 percent in the first quarter.

Hershey’s anticipated it margins would contract in the first quarter, due to higher logistics costs, the candy maker said Thursday. At Procter & Gamble, “our gross margin declined to 110 basis points due mainly to higher commodity and freight costs,” Jon Moeller, CFO, said in an April 19 earnings call. “Everybody is seeing an increase in the freight cost,” said Graeme Pitkethly, CFO of Unilever, in another call. “We think, overall, that they’re going to go up to the high single digits to high teens.”

Price inflation isn’t necessarily the worst problem shippers could face, though. “There’s also been issues on availability,” Pitkethly said, referring to availability of truck capacity. “There’s been some stock left on dock.” Not enough stock was “left on the dock” to materially affect Unilever, but “it was a bit of a watch there going into the quarter,” he said.

In conversations at conferences and events, and in interviews, shippers have told JOC.com that “rollover freight” is rising. That’s freight that isn’t picked up on the day it is scheduled to ship. That freight may finally move the next day, once the shipper secures a truck, but by sticking to the dock an extra day it complicates shipping schedules.

Although some logistics providers and shippers have said truck capacity pressures were less intense in March and April than in January and February, others still feel the squeeze.

“If it has eased, we have not experienced it easing much,” one retailer, who requested anonymity, said. “The upper Midwest is still very difficult for me. I am bracing for a more difficult season as agricultural and peak shipments via for the same capacity.” The retailer is paying a 10 percent premium to shipping lines for door moves “to get the trucking we need.”

“We just can't overestimate the fact that capacity is tight across North America on all surface transportation,” Lofgren told analysts in a conference call Thursday. Schneider’s total revenue rose 11 percent year over year, excluding fuel surcharges, to $1 billion in the quarter. Truckload revenue rose 6 percent before fuel, climbing to $551.3 million.

Although US truck tonnage overall slipped in March and the spring retail and produce seasons had a cool start, Knight said the broader economy continues to show signs of growth. “Consumer spending, durable goods order, and construction all point to positive growth in the future.”

Knight and Dave Jackson, his CEO, expect truckload contract rates to rise at comparable high single-digit and low double-digit levels throughout the year. Those rate increases, they said, will help carriers reinvest in their equipment fleets and hire drivers and raise driver pay.

“We expect more favorable market dynamics in terms of freight demand and constrained trucking capacity,” Adam Miller, chief financial officer and treasurer of Knight-Swift, said during the conference call. Knight-Swift will spend as much as $575 million to replace trucks in 2018, he said.

About 30 percent of rate increases go directly to the driver, and that percentage is climbing, Jackson said. “Across the entire industry, driver pay has gone up and it’s gone up in all kinds of different ways. It’s probably been confusing to drivers to figure out what’s going on.”

Knight and Swift are in the upper “single-digit range” when it comes to driver pay increases, from 7 to 9 percent, Jackson said. “We’re still not where we need to be from a driver pay perspective in our opinion,” Knight said. “The driver shortage continues to be a headwind.”

Knight-Swift has carefully managed capacity at its operating companies to match vehicles, demand, and available drivers and obtain the price increases Knight and Jackson say they need. Total revenue at the holding company reached $1.1 billion in the first quarter, which was flat with the combined revenue of Knight and Swift a year ago, before their merger last year.

However, the companies maintained that level of revenue while operating fewer trucks, 1.9 percent fewer trucks at Knight, and an 8 percent cut in truck capacity at Swift. “If we compare the first quarter of 2018 with the combination of what each entity separately reported in the first quarter of 2017, adjusted operating income improved 147 percent,” Miller told analysts.

Knight’s trucking revenue rose 15.2 percent to $221.7 million, excluding fuel surcharges, despite a lower overall truck count. Average revenue per tractor increased 17.4 percent, and average mileage per tractor was up 1.8 percent as the company effectively did more with less.

Swift cut 385 tractors in the first quarter. “Our goal at Swift is to stabilize the truck count by the middle of the year,” said Jackson. “I wouldn’t be modeling growth in the back half of the year. At Knight, there’s 2 or 3 percent that might be added [to the carrier’s truck count] as we move deeper into the year, but that would add back the trucks we took down in 2017,” he said.

Jackson is keeping a close eye on new truck net orders, which exploded late last year and remain high. But he’s not too worried that those truck orders will tip trucking markets into overcapacity. “It’s not a simple relationship where you see high truck orders and capacity goes up,” he said. “There’s a second component that’s important, and that’s the labor piece.”

With the US unemployment rate forecast to drop below 4 percent, “every vocation seems short of labor,” Jackson said. Trucking, with its older workforce, “probably couldn't be in a worse position to try and deal” with the workforce challenge, he said. “We shouldn’t jump to the conclusion that these new trucks will find their way immediately into the market with a driver.”