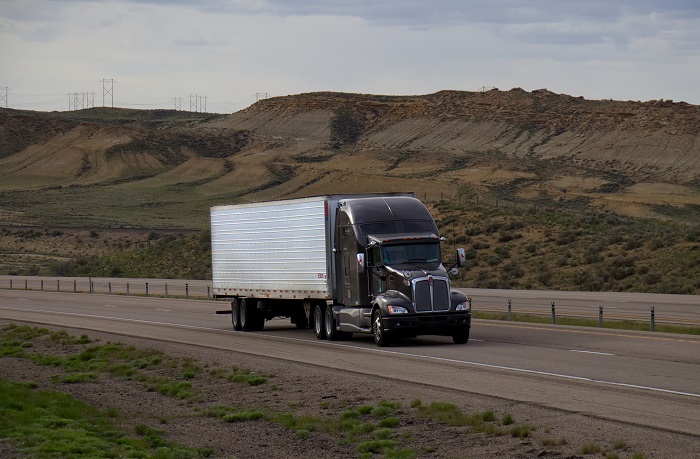 The answer for many US trucking executives is to create vocational apprenticeship programs of one type or another that would train 18- to 21-year-olds to drive heavy trucks. Photo credit: Shutterstock.com.

Is there a solution to the truck driver shortage? Higher wages are a good start, but the trucking industry must recruit younger drivers, speakers at the NASSTRAC 2018 Shippers Conference in Orlando, Florida, said last week. Some industry groups and carriers see apprenticeship and driver-training programs as the best way to blunt the demographic challenge posed by an aging trucking workforce, a problem they say gets worse with each passing year.

Further, amid strong competition for labor, the trucking sector will redouble efforts to reach out to individuals who may not have made trucking a first choice and/or members of disadvantaged groups who may not have known about rewarding, satisfying careers that are possible in trucking.

However, for many potential employees, especially millennials, that’s not attractive enough. The average US trucker now is somewhere between 49 and 55 years old, according to data published by the ATA and the US Labor Department. No matter how the demographic pie is sliced, a large share of truck drivers appears to be only a few exits from retirement.

One stumbling block to bringing down that average age is the US rule that drivers must be 21 years old to operate a Class 8 truck or tractor in interstate commerce. Trucking executives complain that by the time a potential driver turns 21, he or she likely has spent three years at another job or pursuing a different career, and is less likely to take the steering wheel.

Under the Fixing America’s Surface Transportation (FAST) Act of 2015, 18- to 20-year-olds with military experience can qualify for a federal pilot program that allows them to drive tractor-trailers in interstate commerce. While trucking executives hope to recruit more drivers from the US military; ultimately, they believe they need to cast a broader net.

The answer for Spear and many trucking executives is to create vocational apprenticeship programs of one type or another that would train 18- to 21-year-olds to drive heavy trucks, attracting those potential drivers to trucking jobs and careers as they leave high school.

Not all trucking groups agree. The Owner-Operator Independent Drivers Association has opposed under-21 apprenticeships, as have consumer and insurance organizations focused on highway safety. However, the idea appears to be gaining ground following the FAST Act.

ATA is championing the Developing Responsible Individuals for a Vibrant Economy or DRIVE-Safe Act, a bill introduced in the US House of Representatives in March by US Rep. Duncan Hunter, R-Calif., and US Rep. Trey Hollingsworth, R-Ind. DRIVE-Safe would allow 18- to 21-year-olds that qualify for CDLs to train and work alongside experienced drivers in interstate commerce.

They would have to complete at least 400 hours of on-duty time and 240 hours of driving time with those drivers, in trucks equipped with a high level of safety technology.

Forty-eight states already allow 18- to 21-year-olds to drive heavy trucks in intrastate commerce, Spear said. “You can operate for days hauling intrastate in Texas, but it doesn’t work so well in Rhode Island,” or in metropolitan areas such as Washington, DC, Kansas City, and New York City, where trucks may cross state borders several times a day.

“Why does this matter to you? The ability to have growth in the transportation environment is absolutely essential,” as demand is expected to continue to grow during the next decade and beyond, Spear said. “We’re currently short 50,000 drivers, and that [number is] going to double in five years if we don’t do anything about it,” he said. “We’ve got to hire 960,000 people into this industry [in the next 10 years] just to maintain [meeting] current economic demand.”

That’s a tall order. “You’ve got to add 960,000 drivers in next 10 years, and where are you going to get those folks from?” asked Tom Connery, president and chief operating officer of New England Motor Freight (NEMF), a less-than-truckload carrier based in Elizabeth, New Jersey. “I don’t know that I’m a fan of putting an 18-year-old in a truck, but the industry has to do something.”

NEMF is doing something: The company operates five driver training schools. The LTL carrier also is raising driver pay higher than required by its union contract, Connery said. “We’re having a tough time recruiting drivers to run line-hauls” between terminals, he said. “Who wants to run line-hauls in the Northeast at night? We’re setting up short-haul shuttles to compensate and position freight for on-time delivery. You’ve got to think outside the box a bit.”

Apprenticeship programs aren’t a new idea in trucking. The Truckload Carriers Association proposed a pilot program for 18- to 20-year-olds in 2000 that was rejected by the Federal Motor Carrier Safety Administration (FMCSA). The FMCSA said it lacked “sufficient information” to determine whether teenage and 20-year-old apprentices would be as safe in trucks as 21-year-olds.

Apprenticeships need not involve driving a heavy-truck at the start. Pitt Ohio Group, a Pittsburgh-based LTL trucking company, has an apprenticeship that starts drivers on sprinter vans and smaller delivery vehicles that don’t require a commercial drivers license (CDL), according to Geoffrey Muessig, chief marketing officer and executive vice president.

The company’s apprenticeship program starts with a year of dock operations training. In the second year, apprentices advance to introductory driver training, riding along with experienced drivers. In the third year, they may start driving a delivery van or noncommercial straight truck and train for their Class B CDL, needed to operate a larger straight truck. Candidates start training for a Class A CDL required to operate a tractor-trailer in their fourth year.

Werner is trying to create its own supply of drivers by acquiring driver training schools. “Three years ago we bought the number one and number three driving schools in the country,” he said. “Two-thirds of the drivers we hire are new people we’re bringing into the industry.”

Callahan said the apprenticeship program envisioned by the DRIVE Safe Act could be a game changer. “We think there’s an opp for a graduated CDL program that allows young individuals just out of high school to get into trucking before they enter other trades. It would have to be done in a responsible way, with a hands-on trainer, never driving by themselves.”

That might help control insurance costs, which in the consumer world are typically are much higher for male drivers under the age of 25 than for older drivers. “We have to position ourselves in the new labor market,” Callahan said. “We have to make the job more attractive.”

Despite all the dockside amenities, new tractors, and technology, pay will play a determining role in whether young people with an aptitude for trucking decide to join an apprenticeship program or work in construction, manufacturing, or another industry. At Pitt Ohio Group, the pay scale for apprentices starts at $15 an hour and slides up to $20 an hour.

“When it comes to compensation, you can’t spread it like peanut butter, but starting pay has to be around $50,000 [a year],” Callahan said. “Within a year or so, that labor pool needs to be able to see $60,000 a year pretty easily. That’s the price of admission.”