US truckers, shippers: 'How slow can we grow?'

US truckers, shippers: 'How slow can we grow?' 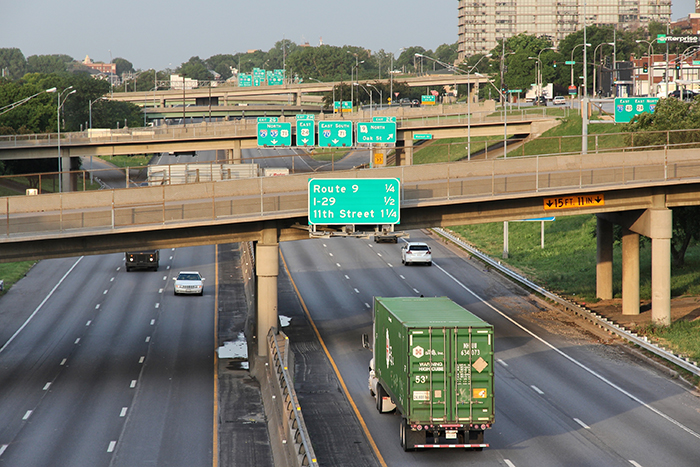 Trucking executives and shippers at SMC3 Jump Start 2019 have more restrained expectations around economic growth than they did last year. Photo credit: Shutterstock.com.

ATLANTA — Last year, the big question about the US economy was, “How fast will it grow?” Now, everyone’s asking, “How fast will it slow?” Euphoria has given way to worry and concern amid trade disputes, stock market volatility, and a partial government shutdown.

Economists who spoke at the SMC3 Jump Start 2019 conference this week don’t expect a recession in 2019, but slower growth may feel like decline after the strong growth of 2018.

“Housing is the canary in the coal mine,” Ratajczak said. “If housing goes down, [I] worry that 12 months later the economy will go down.” High occupancy rates indicate demand for new housing, both apartments and single-family homes, should be rising, “but we’re having trouble selling,” he said. That could lead to less demand for new furniture and appliances.

“The good news is that the auto business is doing better than anyone predicted,” he said. “The bad news is that everyone predicted automotive sales would be down, and instead sales will be flat. Automotive is no longer a force of growth, as it was in 2018.” That also translates to fewer shipments of automotive components and finished vehicles by truck or intermodal rail.

“I’m not saying shut it down, hunker down for the future. 2019 is going to perform above benchmark.” Ratajczak forecasts US real GDP will expand 2.7 percent this year. “But 2020, that second half, that could be questionable, especially if tariffs are still rising.”

The US economy may have hit that 2.7 percent growth rate in the fourth quarter of 2018, according to the latest GDPNow estimate from the Federal Reserve Bank of Atlanta. The initial estimate for fourth-quarter US GDP was due Wednesday from the US Bureau of Economic Analysis, but it was delayed by the partial government shutdown, which ended Jan. 25.

A return to 'modest' growth

The US and global economies should expand at a modest pace this year, according to Nariman Behravesh, chief economist at IHS Markit, the parent company of JOC.com. “A ‘perfect storm’ shook [financial] markets in late 2018,” Behravesh said in a statement, citing the US-China trade conflict, a partial US government shutdown, and slowing global growth.

“However, it’s important to note that the stock market is not a reliable predictor of recessions, and the probability of a recession in 2019 remains low,” Behravesh said. US business conditions remain the strongest “among the G7 nations,” he said. “Policy mistakes,” especially regarding trade, continue to be the biggest threats to global growth in 2019 and beyond, he said.

Trade was “top of mind” for the trucking and logistics executives at Jump Start 2019. A conference poll showed tariffs and trade disputes were the biggest economic concern of nearly half the attendees, followed by interest rates, consumer confidence, and stock market volatility. About 8 percent worried about the health of US manufacturing.

Ratajczak expects US manufacturing to continue its expansion, growing about 3 percent in 2019. That’s especially good news for less-than-truckload (LTL) carriers, who haul more freight for industrial customers than retailers. E-commerce increasingly is flowing through LTL channels, however, and any drop in consumer confidence is bound to make trucking executives uncomfortable.

“All of a sudden the US consumer is not optimistic,” Ratajczak said at the conference. “There’s an air of, ‘well, the best has happened.’ A year ago the number one question I had was ‘how good is it going to be?’ This year, it’s ‘when is the recession going to happen?’” The answer may depend on whether, when, and how the US resolves its trade dispute with China.

“If we put the next $200 billion in tariffs in place on China, we’ll have canceled out the tax cuts for the American consumer,” Ratajczak told Jump Start 2019. “That has to have an economic impact.” He is optimistic, however, that an agreement will be reached before US tariffs on more than $200 billion in Chinese goods are ratcheted up to 25 percent on March 1.

“I’d have to say it’s 40-60,” he said. “Why am I more optimistic than pessimistic? Because the Chinese are struggling. They are in a position where they may wish to deal. That doesn’t mean we are going to get everything we want. Sometimes you cannot win the full game. Sometimes the pain of going further is greater than the gain. I think we’re starting to realize that.”

Trade agreements need to begin addressing the US trade deficit, said Walter Kemmsies, managing director, economist, and chief strategist at industrial real estate company JLL. The US trade deficit hit $568 billion in 2017, the last year for which US data are available. China this month said its trade surplus with the US hit $323 billion last year, despite US tariffs on its goods.

“We’re not fine, we’re not good,” Kemmsies said. “We have a trade deficit that’s bigger than the GDP of the bottom 150 countries in the world [combined]. This is not sustainable by any stretch of the imagination.” Even if a US-China agreement leads to more US exports, the US lacks transportation infrastructure needed to support a more export-oriented economy, he said.

“We need not just the infrastructure to handle more imports, but to find ways to handle more exports,” Kemmsies said. “We’re so congested on the import side that on the export side we don’t have room.” Even if China agrees to increase US imports considerably, “I don’t know that we’d be able to deliver at a competitive price,” he said, because of lack of infrastructure.