US truckers rush to get ahead of last ELD deadline

US truckers rush to get ahead of last ELD deadline 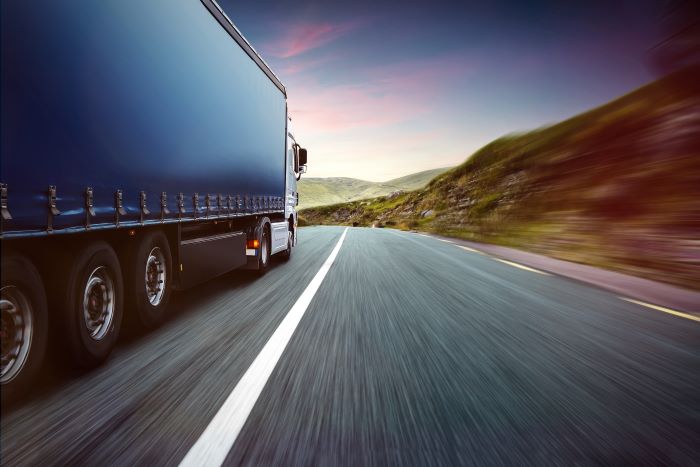 No one knows how many carriers using the older AOBRDs are still in the midst of the transition, let alone how many haven’t even begun to make the switch. Photo credit: Shutterstock.com.

Shippers in the United States are bracing for a trucking speed bump as the Dec. 16 deadline for motor carriers and truck drivers to switch from automatic onboard recording devices (AOBRDs) to federally mandated electronic logging devices (ELDs) approaches. Businesses that haven’t quizzed trucking suppliers about their ELD readiness could hit a holiday roadblock.

On a macro level, no one knows how many carriers using the older AOBRDs — which were grandfathered for two years when the ELD mandate took effect in December 2017 — are still in the midst of the transition, let alone how many haven’t even begun to make the switch. Even with an abundant supply of trucks, shippers that haven’t planned ahead could come up short.

Part of the problem is the complexity of the switch, and the fact that ELD technology has continued to evolve. “The industry as a whole would have liked to transition earlier, but the providers didn’t have software ready at the time,” said Michael Owings, vice president of corporate services and support at less-than-truckload (LTL) carrier Southeastern Freight Lines.

Shippers may also feel more supply-and-demand tension simply because more fleets have made the leap from AOBRDs to ELDs and are tightening their control over truck driver working hours as a result. “With AOBRDs it was easier to find logging loopholes in how you move a truck,” said Jeremy Stickling, chief administrative officer of truckload carrier Nussbaum Transportation.

For example, unlike AOBRDs, ELDs register a driver as “on-duty” once a truck begins traveling faster than 5 miles per hour (mph). That’s occasionally proven problematic for Nussbaum when tractor-trailers stay overnight at a customer’s site and are loaded or unloaded early the next morning, Stickling said.

“Let’s say the docks were full the night before, so they knock on the driver’s tractor door at 5 a.m. to get him to drive to the dock for a live load that takes three hours,” he said. The ELD starts the driver’s daily log with that short trip to the dock, unless it is marked as a “yard move.” “Now you’ve got his daily clock starting three hours early, and he sits while the trailer is loaded,” meaning that driver would lose more than a quarter of his 11 hours of daily driving time, Stickling said.

“We try to train [drivers] against this, but it does happen,” he said. “Shippers leaned on that, but it’s not going to be an option anymore.” As ELDs become more prevalent, “shippers are beginning to feel the letter of the regulations a little more than they used to, and that’s not a bad thing.”

For months, truck telematics and ELD vendors have been warning that a delay in replacing AOBRDs could at least crimp truck capacity just before the holidays, affecting last-minute deliveries. “What I’m seeing is that carriers are still waiting to flip that switch between AOBRD and ELD, which is scary,” said Andy Oleson, solutions engineer at Platform Science.

“If they flip that switch and their supplier is not up to speed, they’re on the hook,” Oleson told JOC.com. “It works against the carrier if they wait until the 11th hour to make the switch. There’s such a benefit for those early adopters.” Early adopters have already built training programs for drivers as well as staff, developed new policies, and adapted operations to new ELD software.

For Southeastern, the AOBRD-to-ELD journey took six months, starting in May this year and ending Nov. 11. The Lexington, South Carolina-based regional carrier had to install new software and equipment in nearly 3,200 trucks and tractors and train more than 4,000 drivers who work from nearly 90 terminals from El Paso, Texas, to Norfolk, Virginia.

“It went well, but it did take a very long time,” Owings said. “We sent teams from our safety department and operations to every location to do onsite training. We would convert all the tractors during the training, and then the drivers would come out and log in to the ELD. Our team would be there for a couple of days to help as they got used to the system.”

A deluge of ELD data

Carriers that have made the switch find the ELD transition leads to a vast increase in the amount of data they receive, compared with what they used to get from the AOBRD. “You have a lot more status changes, a more granular view of what’s going on in the trucker’s day,” said Stickling. “There’s a lot more for the safety department to monitor.”

Nussbaum, a 460-truck carrier based in Hudson, Illinois, began the ELD transition in March, and completed the task in September. “It was more than an ELD transition, it was an equipment swap,” Stickling said. Nussbaum switched providers in the midst of the process, which “meant every driver had to come back to the terminal in person, while we swapped out the equipment.”

Converting from AOBRDs to ELDs is a different challenge than going from paper logs to electronic logging. One of the main issues is the presence of some level of legacy driver management applications. But drivers at AOBRD fleets are already familiar with electronic logs. “We judged the success of the transition by how much of a non-event it was,” Stickling said.

Little impact yet on productivity

Neither Southeastern nor Nussbaum — two radically different carriers — saw much impact on productivity as a result of the switch to ELDs, a sign their operations were already in tight compliance with the hours-of-service (HOS) regulations ELDs are meant to help regulators enforce. “We were already vigilant, and that set us up for a smoother transition,” Stickling said.

Various trucking industry executives, including Werner Enterprises CEO Derek Leathers, have predicted a 1 to 3 percent decline in productivity for those companies in transition. Werner Enterprises pioneered the use of electronic logs in the 1990s and won a formal exemption from the use of paper logs from the FMCSA in 2004.

That productivity loss translates to about 4 to 12 miles per day, per truck, according to Werner. “We think five miles per day is best-case, and that’s only after tremendous amounts of training and a commitment to being 100 percent legal at all times,” Leathers told The Journal of Commerce. “I think it’ll end up averaging around 15 miles per day.”

At Nussbaum, “our productivity really hasn’t dropped, we’re getting the same loads and the same miles,” Stickling said. “But it takes us more on-duty time to do it. We’re using more of that 14-hour daily on-duty time to get the same work done, and that squeezes the driver’s weekly 70-hour limit.” Under US HOS rules, truck drivers may work 70 hours in eight days period, or 60 hours in seven days.

Take that three-hour loss of driving time at a loading dock that Stickling mentioned as an example of the ELD impact. An inability to drive more than seven hours one day could mean a driver is not where he or she wanted or expected to be the next day, or the day after. The loss of driving time, measured in minutes, is cumulative throughout the week, he pointed out.

“The drivers feel it when they’re not getting home Friday at 7 p.m., they’re getting home Saturday at 6 a.m. That’s squeezing their home time, the amount of time they sleep in their own beds during their 34-hour reset. Maybe it’s just on Saturday night, rather than Friday and Saturday. You can still leave Sunday evening for a Monday pickup, but it’s less time at home.”

Still, the closing of loopholes that allowed drivers to take shortcuts around hours of service rules “is a good thing,” Stickling said, as is pressure on shippers to eliminate slack in their own operations, ensuring that they’re not saving time and money at the expense of truckers hauling their freight.

As an LTL carrier, Southeastern’s ELD use and issues differ to an extent from those of a truckload carrier such as Nussbaum. In the past, the trucking company used AOBRDs primarily to track the hours of linehaul drivers running long-haul routes between terminals and cities. That changed this year when it made the switch from AOBRDs to ELDs, Owings said.

“We’re transitioning to all drivers using electronic logs,” he said, including local pickup and delivery (P&D) truck drivers who may have been excluded from the ELD mandate through the short-haul exception to the HOS rules. “We’re going to take that complexity out of our conversation. That means a lot more driver training.”

The biggest hurdle for Southeastern was the malfunction and diagnostic event (M&D) data generated by the ELD in the course of everyday functions. “We thought we would get very small amounts of information off the [control module] and that went to just filling the driver logs,” said Owings. “There was so much data coming off the engine it affected the platform.”

Drivers who were used to logging into the AOBRD-based system quickly were experiencing significant delays with new ELDs, Owings said. Under the ELD mandate, “a malfunction or diagnostic event has to be noted [by the ELD] if certain data doesn’t show up within five seconds.” Southeastern routes ELD data into a multi-purpose onboard device.

Trucking operators are being inundated with data from ELDs, or they soon will be, and that’s predicted to lead to an explosion in supply chain efficiency. But that hasn’t really happened yet. Neither Nussbaum nor Southeastern expect the HOS data received via ELDs to have more than an indirect impact on customer service and supply chain efficiency, at least for now.

“This is more about regulatory compliance,” Owings said. “Having more data, we’ll be more accurate and be able to audit drivers logs even better.”

Nussbaum is getting more data, not just because of the conversion to ELDs, but a change in suppliers, Stickling said. “We get a ping every two or three minutes from the truck, so instead of a breadcrumb trail every 15 minutes or so, we’re getting more frequent updates.”

Eventually, the ability of trucking companies to analyze data drawn from hundreds of thousands or millions of ELDs “will have an impact on a macro scale, as it takes hold and fleets start using the data,” he said. But that’s not going to take place in the next few months, he said.

What you clearly can see by

Permalink Submitted by simonrichard449... on Nov 26, 2019 3:53PM EST
What you clearly can see by the support from company spokesman is their lack of care for their drivers. Yeah the loss of 3 hours eats into the "drive time " and "home time" but if they didn't pay by the mile but rather by the hr , they could really support the hos rule and not be screwing with a drivers income . If they gave a rats ass these supporters would be fighting for their employees and get their noses out the gov. Ass
Trucking Logistics
North America›United States