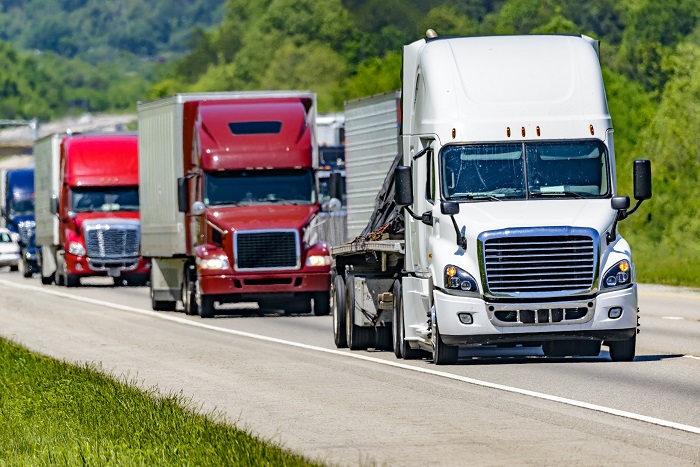 For shippers, the pressing question is how to share this news with their C-level suite after a series of difficult conversations already this year. Photo credit: Shutterstock.com.

As the calendar turns to September, company executives are talking with their transportation managers about budgets for 2019 as trucking rates are expected to climb again but at a slower rate than this year.

A little less than a year ago, J.B. Hunt Transport Services warned shippers about a 10 percent climb in transportation budgets in 2018. Their prediction turned out to be prescient in nature. Truckload contract rates through the first half of 2018 were up low double-digit percentages, according to fleet executives and FTR Associates. The transportation research group predicts truckload contract rates will remain up year over year between nearly 15 percent before slowing to the 7 percent to 10 percent range in 2019. In the dry-van and refrigerated sectors, contracts should remain 10 percent higher for the remainder of the year, then slow to a 5 percent growth rate.

Spot rates have surged 30 percent higher on a year-over-year basis this year, but expect those comparisons to drop suddenly as the one-year anniversary of Hurricane Harvey, which turned the truck market into a bidding war, approaches. FTR anticipates spot rates will remain about 5 percent to 10 percent higher through the end of 2018 and hover between 1 and 5 percent higher in early 2019.

For shippers, the pressing question is how to share this news with their C-level suite after a series of difficult conversations already this year. And as was the case this year, what can shippers do to keep their transportation budgets reasonable in 2019? These questions are on the minds of many shippers. Investment researchers at Sentieo Inc. found that 148 companies in the S&P 500 mentioned “freight,” “shipping,” or “trucking” during their earnings calls in the first quarter, double from a year ago.

"They are way over budget as is 99.9 percent of the shipping community. The CFO said, ‘We’re willing to give you a pass for 2018, but in 2019 we need a good, solid freight budget because it’s going to have an impact on the decisions we make in our sales and operations’,” Regan said on a webinar hosted by TranzAct, the National Shippers Strategic Transportation Council, and the Council of Supply Chain Management Professionals. “He basically said, ‘You either build me a great budget or you’re going to help me build a great resume.’”

Much of the discussion on truck rates are tied to the economy and supply and demand. The US Bureau of Economic Analysis and Moody’s Analytics predict the economy will grow at a 3 percent annualized rate in 2018, up from 1.5 percent and 2.2 percent, respectively, in 2016 and 2017. The result is freight volume is up between 5 and 10 percent across all surface transportation modes and the number of trucks being used is 98 percent, according to FTR.

Every truck with a driver has a book of business. Fleets are buying trucks in huge numbers but cannot find enough drivers to fill them, so it may be another year before utilization falls to the long-term average of 94 percent.

“Even though we do see extremely minor moderation towards the end of the year, it’s seasonally adjusted. It will probably be next February or March before anyone feels like there [is] much change in available capacity,” said Avery Vise, FTR vice president of trucking research.

There is some good news for shippers. Although it will remain a carrier market for some time, according to Vise, the FTR Shippers Conditions Index will improve in 2019. An index value of 0 means neutral conditions favoring neither a carrier nor shippers. A negative number in the shippers’ index means carriers have the advantage. FTR’s Shippers Conditions Index has been negative since October 2016, bottoming around -13 between May and June 2018, but the forecast calls for the number to end the year near -5 and climb back towards -3 by next July.

Although the FTR forecast calls for dry-van and refrigerated truckload contract rates to grow about 5 percent in 2019, Hub Group CEO Dave Yeager warned that those numbers could change because of driver pay increases.

Yeager had thrown out the mid-single digit figure during the company’s second-quarter earnings call in July, but has since met with the trucking team and will announce wage increases for drivers within the next month or two. Hub Group announced Aug. 31 that it reached a deal to sell its Mode Transportation subsidiary to York Capital Management for $238.5 million, raising some new revenue that could soften the blow of rising operating expenses.

For every dollar in a shipper’s rate, between 30 to 50 cents go to drivers, so trucking companies raising pay twice this year will look to recoup those expenses. Had trucking companies not raised pay, though, it would be difficult to convince drivers not to quit for a job in construction or oil fields.

“The only caveat I would have to the mid-single range is that if the costs go up appreciably, as they seem to be ... if they continue to escalate, that could drive the price increases next year closer to double digits,” Yeager said.

He said he doesn’t see too many new drivers entering the trucking industry and sticking. Most of the new hires, Yeager said, are usually drivers transitioning from one carrier to another. So fleets are jockeying to hire anyone they can find, whether they are poaching from competitors or hiring those new to the industry.

For shippers, it will be a wait-and-see approach. No doubt transportation managers will have little appetite to see truckload rates climb more than 10 percent for a second straight year, and their CFOs might be quite unhappy in such a situation since inflation in freight has been a cited as a headwind by Fortune 500 companies. Ultimately, where the market ends up will be a mixture of the economy, freight volumes, driver pay increases, truck asset utilization, and whether or not someone is a shipper of choice.