US Shippers Raise Volume Expectations for 2014

US Shippers Raise Volume Expectations for 2014 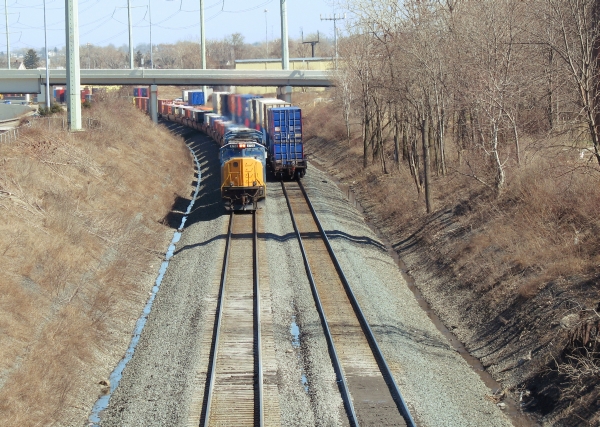 It’s far from a surge of optimism, but shippers’ expectations on how much freight they move via land, sea and air in the coming months is the second highest in the past six quarters.

In a survey conducted by Wolfe Research in August and September, U.S. shippers said they plan to move 3.2 percent more freight through the third quarter 2014, a 0.4 acceleration from what they expected in the second quarter. They expect intermodal volume to grow 4.5 percent, while rail carload, ocean container shipping, truckload and less-than-truckload traffic will expand in the 1.5 percent to 3 percent range.

Excluding fuel costs, shippers expect to spend 3.8 percent more for transportation, reflecting shippers’ anticipation for higher volume traffic and moderate rate increases.  Shippers generally forecast inventory levels to be flat through the end of September, and nearly half of the roughly 100 shippers surveyed said their inventory levels were higher than their targeted levels.

“Ultimately, we believe the shippers seeing inventories above their targeted levels indicates that we could see some inventory destocking ahead of disappointing holiday sales levels,” according to a report that surveyed shippers whose transportation budgets total $20 billion.

Shippers plan to pay significantly higher rates for trucking and rail transport but don’t think they’ll be on the hook for higher air cargo and ocean shipping prices.  The majority of executives surveyed said they expect international heavy air freight rates to be flattish, as capacity expansion has largely outpaced demand.  The air cargo market isn’t helped by surveyed shippers increasingly looking to shift freight from freighters and the bellies of passenger jets to ocean transport. About 35 percent of surveyed shippers plan to move cargo from air to ocean transport, a sizable increase from the 19 percent who indicated in the spring the planned to do so.

The trade-down from priority to deferred air freight will also continue, according to the survey. Thirty-two percent of executives plan to shift some volume from priority express to standard or deferred air transport, a slight drop from the 34 percent who said they planned to do the same in the spring. The shift from air transport to ground cargo is also accelerating, with 35 percent of surveyed executives saying they will move some small package volume from domestic air express to ground transport.

Shippers are planning to pay on average 0.3 percent less on ocean container shipping through the third quarter, as pricing rebounded in 2012 but has fallen again. For example, spot rates from Asia to the West Coast in the week ending Nov 15 were down 15.2 percent year-over-year, according to the Shanghai Containerized Freight Index.

Shippers are far less sanguine when it comes to what they expect to pay for truck and rail transport.  Rail rates will rise on average 2.9 percent year-over-year, an increase from the 2.6 percent hike anticipated in the spring, shippers told Wolfe Research.  Railcar transport is expected to claim the highest rate increases among all transport modes for the 12th straight quarter.

“Expectations for rail rate increases are still down from a recent peak of 3.8 percent in the first quarter 2011,” said Wolfe Research. “We believe this partially reflects fewer legacy contract re-pricing opportunities and slower rail inflation, which some rails use for rate increases multi-year contracts.”

Wolfe Research projects rail rates will be higher than shippers expect on average, with a hike of 3 to 4 percent coming down the track. This gap in expectations is because those surveyed are disproportionately involved in intermodal, coal and grain transport; those surveyed tend to be large and have more buying power; and collected results don’t capture the re-pricing of long-term legacy contracts.

But shippers expect more pricing relief when it comes to intermodal shipping. They expect rates to rise 1.5 percent through the third quarter, a drop from the 1.8 percent they anticipated the spring. Shippers’ intermodal pricing forecast is the lowest in last 14 quarters. Intermodal rates are about 12 percent cheaper than truckload transport on competitive rail lanes, Wolfe Research said.

Competitive intermodal pricing will help the sector gain market share from trucking. Shippers shifted about 4.5 percent of their total volume in the second quarter. Executives moved back about 1.9 percent of their freight from rails to the highway in the same period, bringing the net diversion to about 2.6 percent. Based on survey results, Wolfe Research anticipates intermodal volume will achieve a net gain of 3.8 percent from trucking through the third quarter.

“We believe intermodal rates ultimately remain driven by the direction of truckload pricing, as the floor for (truckload) rates is typically the ceiling for intermodal pricing,” Wolfe Research said.

Truckload rates will rise about 2.3 percent, a modest increase from shippers’ spring expectations and the highest forecast in the last five quarters. Shippers expect LTL rates to rise at the same pace through the third quarter. The higher rate expectations come as more shippers see capacity tightening in both sectors. Fifty-percent of shippers said truckload capacity was balanced, a 10 percentage point decease from those who saw a parity between truck space and demand earlier this year. Fifty-nine percent of less-than-truckload shippers said capacity was balanced, compared to the 69 percent of those who said the same in the spring.

“From a current state of mostly balanced TL and LTL capacity, the majority of shippers in our survey expect the TL market to tighten going forward, while they expect the LTL market to remain largely stable,” Wolfe Research said.

“Anecdotally, one shipper noted that carriers seem to be planning loads farther in advance, making his ‘last minute loads’ that he uses the spot market far more expensive and more difficult to cover,” Wolfe Research said.

Most shippers haven't seen HOS rule changes erode service, either.  Some shippers said some lanes have been affected and weekend load order seems to suffer the most when it comes to service. Unsurprisingly, shippers believe larger motor carriers are following the HOS rules more strictly than small carriers. If this is so, Wolfe Research believes HOS won’t have a big impact on capacity, nor will it push up rates significantly, as smaller carriers dominate the market.