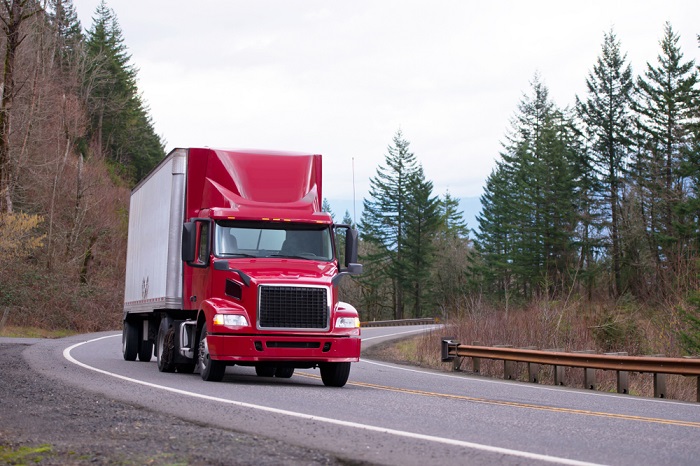 Within a few weeks of the ELD mandate, US spot market truckload rates soared as transit times lengthened and truck capacity was displaced. Photo credit: Shutterstock.com.

As the era of the electronic logging device (ELD) enters its second year, US regulators are focusing their attention on the hours of service (HOS) those ELDs are designed to monitor. They are mulling proposed adjustments to the HOS rules and may be pressed by the industry to go even further and consider broader changes to help give truck drivers greater control at the wheel.

For shippers, truck drivers, and motor carriers, those proposals may be the most significant federal trucking rules this year — if the rulemaking is completed in 2019.

Last August, the Federal Motor Carrier Safety Administration (FMCSA) published an advance notice of proposed rulemaking to revise, again, the federal truck driver regulations that govern how much time drivers can spend on-duty, both in and out of the truck cab, and how they track on-duty and off-duty hours in their record of duty status, or driver log.

The FMCSA’s proposals followed the implementation of the ELD mandate in December 2017 and full enforcement last April of the requirement that drivers use an ELD rather than a paper logbook. That mandate set off a supply chain shock as truck drivers and carriers began refusing loads that put drivers in danger of exceeding the 11-hour daily driving limit set by the HOS rules.

In the wake of the ELD mandate, the FMCSA received “numerous requests from Congress and the public for [the] FMCSA to consider revising certain HOS provisions,” the federal truck safety agency said in its rulemaking notice, published in the Aug. 23 Federal Register. The Owner-Operator Independent Drivers Association (OOIDA) petitioned the FMCSA for significant changes.

OOIDA asked the agency to amend the HOS rules to allow drivers to take a rest break of up to three consecutive hours once per 14-hour duty period, if the driver is off-duty. Drivers still would be limited to 11 hours of driving time per day. The owner-operator group also wants the FMCSA to scrap the requirement to take a 30-minute rest break after eight hours of driving.

OOIDA also would like those regulators to take further action to reduce truck driver detention times by shippers. Driver detention became an even more heated topic for shippers, brokers, and carriers in 2018 as the use of ELDs became more prevalent, giving trucking companies better data on detention.

ELD mandate — a shock wave to US truck sector

Within a few weeks of the ELD mandate, spot market truckload rates soared as transit times lengthened and truck capacity was displaced. Shippers were forced to reset transportation expectations and redraw lane maps to better align them with carrier capacity. Myriad trucking organizations and carriers began clamoring for exceptions to the ELD mandate.

The FMCSA in May released long-awaited guidance that clarified when and how drivers can use the personal conveyance provision of the HOS rules, and how the 150 air-mile HOS agricultural commodity exemption works in the new era ushered in by the ELD mandate. But regulators believed they had to go further to address the ELD aftershock in trucking.

The FMCSA heard “from the regulated community in particular that we needed to take a look at [HOS] with the idea that they needed more flexibility, flexibility, flexibility, not necessarily that they wanted to work longer,” FMCSA administrator Raymond Martinez said at an Oct. 10 HOS listening session with trucking executives and officials in Washington, DC. HOS rules, he said, “have not had a serious review in over 15 years.”

The last major change to those rules occurred in 2004, when the 11-hour daily driving limit and 14-hour working day were introduced. Congress ordered the US Department of Transportation to revise the HOS rules, introduced in the 1930s, in the Interstate Commerce Commission Termination Act of 1995.

Two decades later, the battle over driver hours rolls on. The comment period on the Aug. 23 rulemaking notice, initially set to end Sept. 24, was extended to Oct. 10, as more than 5,000 comments flew to the agency’s inbox. The four areas being considered for revision are

The last two, and especially the sleeper-berth revision, likely offer the broadest opportunity for drivers to gain new flexibility in their daily schedules. But the FMCSA also asked for comment on the OOIDA petition and a similar petition from a group called TruckerNation. The next likely step is a proposed notice of rulemaking, an actual regulatory proposal.

The regulatory schedule isn’t clear, but it is clear that there will be many more hours of debate over truck driver HOS.

I think the split sleeper

Why not simply allow drivers