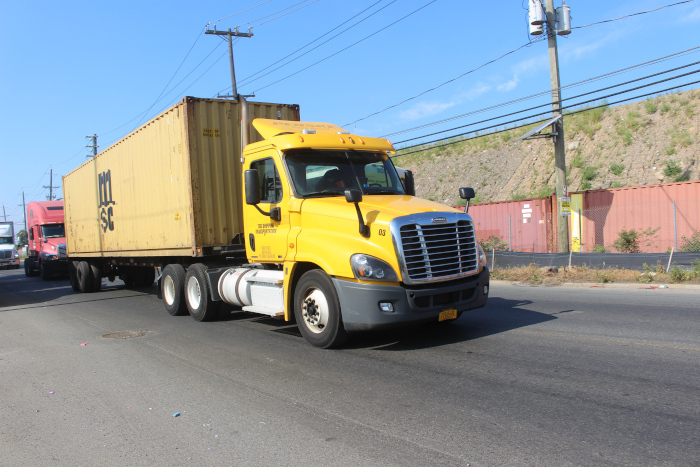 Owner-operator truckers could find it tougher to prove they are independent contractors and not employees under a federal bill that passed the House of Representatives Thursday. Photo credit: Hugh R. Morley.

The US House of Representatives on Thursday backed a bill that would make it tougher for truckers to prove they are independent contractors rather than employees, in an echo of California’s Assembly Bill 5 (AB5) and similar legislation in New Jersey.

The Democrat-controlled House voted 224 to 194 to back HR 2474, which outlined the tougher classification process as part of a sweeping bill designed to strengthen unions and worker rights. The bill is not expected to advance, given that to do so it would need to secure the support of the Republican-controlled US Senate, which has generally shown little political appetite for addressing classification issues or helping unions.

HR 2474 states that all workers will be classified as employees unless they can meet a three-part test used to define whether a contractor is independent or not. The test requires workers to show they are not employees and are “free from the control and direction” of the employer, and also that they perform a service that is “outside the usual course of the business of the employer.” The third prong of the independence test requires workers to show they are engaged in an “independently established trade, occupation, profession or business.”

Andrew S. Berns, a New Jersey employment and labor attorney with experience in classification cases, said it is unclear whether HR 2474, if enacted, would supersede all state laws. The federal bill, in its original form, would make it tougher for workers to prove their independence in New Jersey than under existing state laws, said Berns, of the Einhorn Barbarito law firm. However, a late amendment to the bill means if the bill is enacted, it would not preempt state laws.

The federal test is broadly similar, with subtle differences, to the three-part ABC test set out in AB5, which took effect Jan. 1 with trucking excluded for now, and New Jersey’s S4204, which faltered and did not get full approval before the prior legislative session ended in mid-January. The New Jersey bill’s sponsor, Senate president Stephen Sweeney, has since refiled it, as S863, in the current legislative session.

The California legislation does not at present affect the trucking industry because a federal judge on Jan. 16 granted the California Trucking Association (CTA) a preliminary injunction in its lawsuit over AB5, ruling the law is preempted by existing federal statutes, namely the Federal Aviation Administration Authorization Act (FAAAA). A judge in a second case, People of the State of California v. Cal Cartage, ruled that truck drivers can’t be bound by AB5 because the state legislation is preempted by federal law.

The California and New Jersey classification legislation has stoked fierce opposition from the trucking industry, especially port truckers. Trucker groups in the Port of New York and New Jersey, where 77 percent of the port drayage fleet are owner-operators, say the bill could severely reduce the number of drivers available to serve the port.