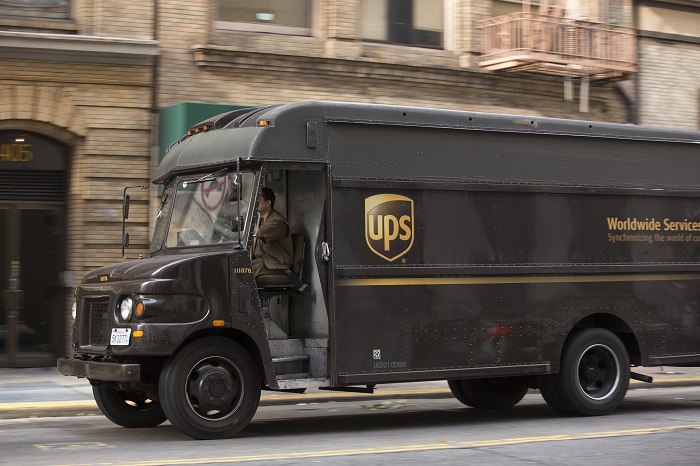 The new facility near the El Paso International Airport will serve shippers in what is called “the Borderplex.” Photo credit: Shutterstock.

UPS is making a bet on US-Mexican trade, regardless of the fate of the North American Free Trade Agreement (NAFTA). The world’s largest logistics company said Tuesday it will spend $41 million this year to build a 153,000-square-foot package operations center in El Paso, Texas.

The new facility near the El Paso International Airport will serve shippers in what is called “the Borderplex” — a manufacturing region stretching out from the cities of El Paso and Ciudad Juarez to encompass Texas and New Mexico and the Mexican state of Chihuahua.

Advanced package scanning and sortation equipment at the facility will speed the delivery of manufactured goods in both directions across the border, and help UPS route packages more efficiently through its smart global logistics network, the company said in a statement.

The package operations center will also support UPS’s Trade Direct Cross Border service, which bypasses distribution centers for direct delivery of shipments to stores or consumers in the US, Canada and Mexico. The service integrates billing, including customs, and tracking.

NAFTA’s future may be in doubt, but US-Mexico trade keeps growing. The value of US-Mexico freight rose 9.7 percent year-over-year in November to $49.3 billion, the US Department of Transportation (DOT) said Jan. 25, with the value of freight on four major modes increasing.

The UPS facility, which will open later this year, “speaks to the strategic growth our community is experiencing,” Dee Margo, mayor of El Paso, said in a statement. That growth includes an increased number of direct flights into the area and an expansion in warehousing.

Laredo, Texas, may be the largest US-Mexico border crossing point by volume, but El Paso, Texas, and Ciudad Juárez are the cross-border hub for industrial manufacturing and assembly. Many firms produce goods in Juarez and then store them in El Paso before shipment.

Canadian furniture company South Shore last month said it would spend $8 million on a new warehouse in El Paso. The company has a plant across the border in Juarez. Goods manufactured there will be stored in El Paso and shipped to US distribution centers.

The region is home to automotive, electronics, appliances, and machinery producers. Taiwanese electronics giant Foxconn has a Juarez plant. An aerospace industry cluster to the south in Chihuahua boasts plants by Hawker Beechcraft, Honeywell and Pratt & Whitney.

In the first 10 months of 2017, truck traffic between the US border port of El Paso and Juarez increased 2.7 percent year-over-year to 656,755 trucks, following a 1.2 percent increase in the same period of 2016, according to US Department of Transportation border entry data.

For the full year of 2016, cross-border truck volumes at El Paso rose 2.2 percent to 763,868 vehicles. Many of those trucks and tractor-trailers were on “milk runs” between manufacturing and warehousing and shipping locations on both sides of the US-Mexico border.

UPS’s El Paso expansion is part of a plan to build out the company’s smart global logistics network, which connects trading partners across borders. Since early 2016, UPS has announced plans for 16 new and expanded US facilities that will create more than 8,650 jobs.

“When you talk about infrastructure, UPS is investing,” UPS senior vice president of global engineering and sustainability Mark Wallace said at the JOC Inland Distribution Conference in November. “Right here in Georgia, we’re opening up a 1.2 million square foot facility. We’ve got new infrastructure, not just across the United States, but across the world.”