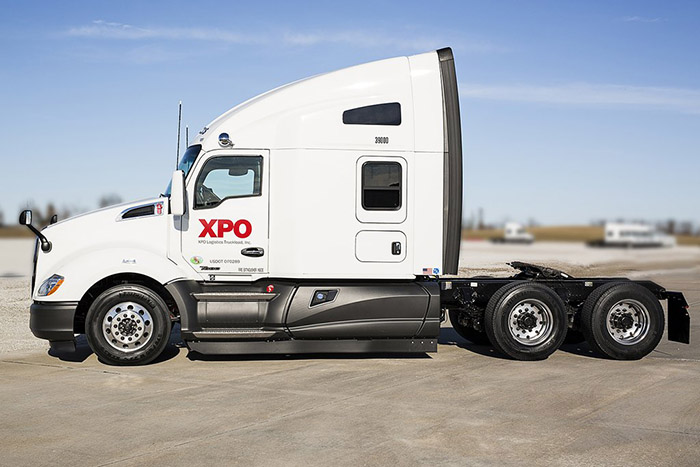 Three acquisition-hungry companies, XPO Logistics, Celadon Group and Daseke, were the fastest-growing businesses on a list of the 50 largest U.S. trucking companies in 2015, a year when trucking revenue growth contracted sharply as U.S. economic growth faltered.

Even the fastest-growing carriers grew at a slower pace in 2015. In 2014, two trucking firms among the 50 largest more than doubled their revenue, and 25 had a revenue growth rate of 10 percent or higher. In 2015, only six carriers built up revenue by double-digit percentages. 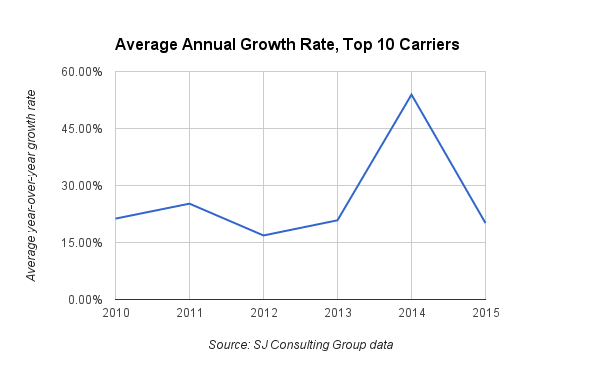 That compares with a 9.1 percent increase in combined revenue in 2014, according to SJ Consulting Group, which has prepared the benchmark rankings for JOC since 2003.

Total XPO revenue soared 223.5 percent to $7.6 billion in 2015. If the full-year revenue for Con-way, now rebranded XPO Logistics, were added to the $3.3 billion, XPO’s total and place in the Journal of Commerce Top 50 Trucking Companies rankings would have been much higher.

As it was, XPO, which is now the second-largest stand-alone less-than-truckload operator, ranked ninth on this year’s Top 50 list, its first year in the rankings. XPO fell between truckload operator Landstar System, with $3.4 billion in revenue, and LTL carrier Old Dominion Freight Line.

Celadon Group, the $1.02 billion truckload operator, didn’t make acquisitions on the scale of XPO, but five smaller acquisitions over the past two years boosted the Indiana-based carrier’s revenue 27.3 percent last year, pushing the company up six places in the Top 50 rankings.

Celadon ranked 26th among the Top 50 last year, compared with 32nd in 2014 and 33rd in 2013. By acquiring companies such as Tango Transport and Taylor Express in 2015, Celadon increased its freight density in its primary lanes and brought experienced drivers onboard.

“Our primary focus over the past couple of years has been to expand our service offerings to our customers and grow our capacity of seated tractors,” Paul Will, Celadon president and CEO, said last May. Celadon increased its seated tractor count 46.8 percent in the fourth quarter.

The next seven fastest-growing carriers were:

A complete report on the Top 50 U.S. Trucking Companies will be published on JOC.com and in the April 18 edition of The Journal of Commerce.