Truckload firms look to asset-light units to get through downturn

Truckload firms look to asset-light units to get through downturn 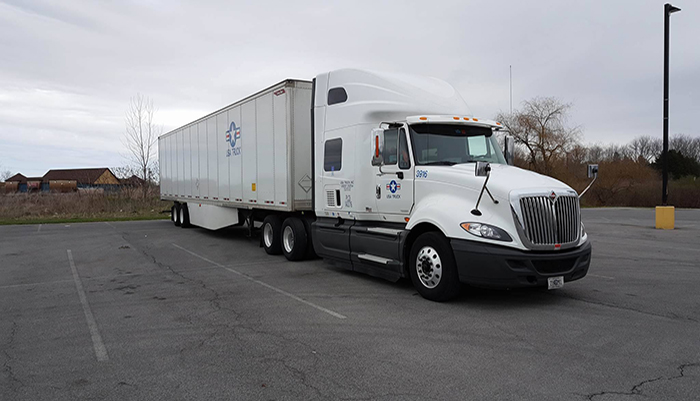 USA Truck and Celadon group are turning to their asset-light units to improve profitability.

Truckload companies USA Truck and Celadon Group are not waiting for a recovery in the truckload market to materialize and pull them out of the red, instead working to get into the black with a stronger focus on their asset-light brokerage businesses.

Most truckload companies have seen profits fall dramatically in the last several quarters as the truckload sector has recently been defined by overcapacity, weak demand, and falling freight rates. USA Truck slipped into the red in the first quarter this year, and Celadon Trucking joined it there in the third quarter after profits tumbled in the first two quarters of 2016.

In this environment, revenue at USA Truck’s truckload division fell 14.6 percent year-over-year in the third quarter to $105.5 million and the company recorded a loss of $700,000.

“One of our principal goals is for our higher margin, asset-light brokerage operations to contribute 50 percent of the company’s consolidated revenue,” USA Truck President and CEO Randy Rogers said. “We are confident that our planned transition to an increasingly asset-light model is the right one for our organization.”

USA Truck has had success improving service levels in its truckload business and reducing operating costs, but the adverse market and loss of some dedicated accounts has made the financial impacts those improvements less pronounced than they would have been otherwise, Rogers said.

Although USA Truck wants to rely more on its asset-light logistics division, the unit is not delivering the kind of numbers needed to offset the struggles of the truckload portion of the company. Revenue at USAT Logistics fell 16.7 percent year-over-year to $31.2 million while operating income plummeted 48.4 percent to $1.5 million.

Overall revenue at Celadon Group slipped 0.4 percent to $265 million as the company booked a loss of $2.9 million compared with a profit of $11.4 million last year in the same July-to-September period, which is the first fiscal quarter for Celadon.

Truckload companies are working feverishly to cut capacity and restore equilibrium to the market, and USA Truck and Celadon are no exception. USA Truck had more success in this regard, reducing its tractor fleet 6.3 percent.

Celadon said that part of its financial struggles were owed to difficulty in offloading used assets and the fact that because so many companies are now flooding the market with trucks, their resale value has fallen accordingly.

“A big driver for the earnings pressure (on truckload carriers) is the used equipment market,” Brad Delco, an analyst with investment research firm Stephens in Little Rock, Arkansas, told JOC.com earlier this week.