US truckload rates forecast to rise in 2020

US truckload rates forecast to rise in 2020 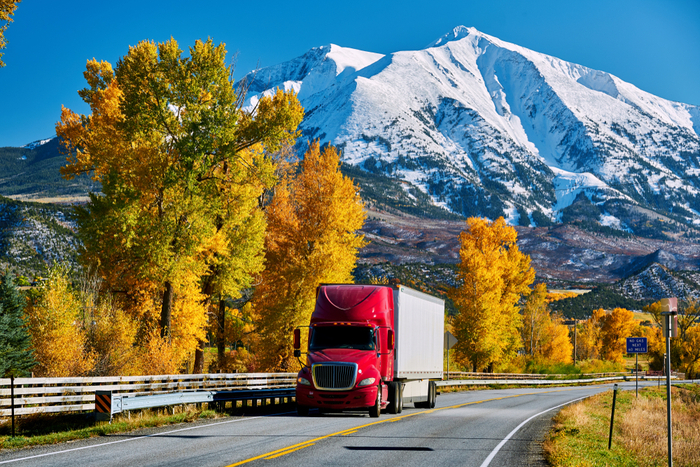 Forecasts from a leading third-party logistics provider (3PL) and a spot market load board operator call for a turnaround in truckload pricing next year, despite slow US economic growth. Both the Coyote Curve fourth-quarter forecast, released Tuesday, and DAT Solutions 2020 Forecast show contract truckload rates rising sometime after the mid-year point in 2020.

Coyote Logistics believes the turning point has arrived. “After six consecutive quarters of deflation, the market is rebounding, heading back towards an inflationary environment,” the Chicago-based 3PL said in its Coyote Curve forecast. With spot rates trending upward toward “equilibrium,” the spot market “will reach an inflationary environment by Q1 2020,” Coyote said.

Contract rates, however, will probably remain negative year over year through bid season and the first quarter, Coyote said, and will only gradually rise as spot rates climb higher. “Shippers can anticipate primary tender acceptance erosion by Q2 2020, which would mean more unplanned exposure to the spot market,” the 3PL warned.

Spot market load board operator DAT Solutions predicts a 5 percent year-over-year increase in spot truckload rates and a 2 percent increase in contract rates in 2020. “Truckload shipments will cost more,” DAT said in its 2020 forecast, released Monday. In 2019, “contract rates lost 2 percent from huge gains in 2018. Those prices should climb again in 2020.”

A 2 to 5 percent increase in truck rates is a far cry from the double-digit contract and spot rate increases of 2018, however. Those increases look more in line with historical trends than either the pricing surge of 2018 or the slump of 2019, perhaps indicating a return to more “normal” conditions in what has been a decade of slow economic expansion since the 2009 recession.

Even a recession won’t stop the market swing, Coyote Logistics said. “A recession would have a dampening effect on the overall height of inflation, sending the market back toward deflation sooner,” the 3PL said in its forecast. The economic forecast from IHS Markit, the parent company of JOC.com, calls for 2.1 percent US economic growth in 2020, rather than a recession.

The DAT and Coyote forecasts resemble the IHS Markit producer price index (PPI) forecast for long-distance truckload pricing, which shows rates rising back into positive year-over-year territory in the first half of 2020, with the PPI rising 3.2 percent year over year in the second quarter. That may not equate to a 3.2 percent increase in rates, but indicates direction.

Capacity will be key to how fast or high truckload rates rise. The US truckload market was awash with capacity throughout most of 2019, as economic growth slowed and a slew of new trucks ordered in 2018 arrived in motor carrier yards. Coyote believes that capacity is under-utilized, especially in secondary markets, and some is leaving the market.

“Enough capacity flight is happening relative to demand to put a floor under year-over-year rate deflation and start to bring the market to equilibrium,” Chris Pickett, chief strategy officer at Coyote, said in an interview. “That said, the market never bounces along in an equilibrium state for very long. We are almost always in a state of either supply surplus or supply scarcity.”