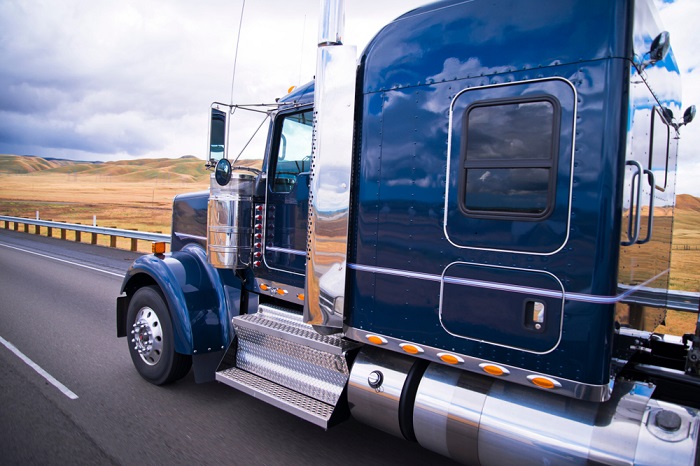 As 2019 begins, the truckload market is a story of polar opposites with spot demand cooling off significantly since last summer while contract business continues to be strong.

Small carriers — giddy as recently as last summer — are struggling today as brokers have regained pricing power. For midsized to large-sized carriers, frustrating times in 2016 and 2017 have given way to better fortunes since last spring.

This stark dichotomy within the truckload industry is directly tied to shipping patterns. The impact of the electronic logging device (ELD) mandate in tandem with a strong US economy translated into a market in which shippers scrambled to find trucks. By applying strict enforcement of hours-of-service (HOS) regulations, drivers log fewer miles per day. The spot market felt the brunt of ELDs because smaller fleets were much less likely to have these devices beforehand, whereas large fleets were using the technology for years. With a sudden shift in capacity, dry van spot rates ballooned into $2.30 to $2.70 per mile, according to DAT Solutions and Truckstop.com. Sky high rates covered up fewer daily miles, so drivers didn’t see lower paychecks. Today drivers no longer can command the rates to maintain their income.

Shippers are the catalyst because they accepted double-digit rate hikes on contracts to hedge against spot market volatility. The deals were under the condition that carriers would have capacity without any excuses. Upon signing these agreements, shippers reduced their spot market exposure and shifted loads to contract carriers.

This is a trend that should continue for much of 2019. The market will eventually flip when spot market rates drop so much that contract prices become too steep, but when this will happen is anyone’s guess.

Truck tonnage increased 6.6 percent in 2018, according to American Trucking Associations (ATA). It was the largest year-over-year gain since 1998 and much stronger than the 3.8 percent increase in 2017. The index is heavily weighted towards contract freight, according to ATA economist Bob Costello.

“From a customer perspective, there is more stabilization happening from a bid award. And so, if you look at what happened in 2018 and in 2017, the freight market was very volatile,” said Shelley Simpson, president of highway services for J.B. Hunt.

Covenant Transportation estimated the US economy will expand between 2 percent and 2.5 percent in 2019, which is also not as strong as 2018 but is growth nonetheless. The company said January 2019 freight has been strong but not nearly as robust as January 2018.

“We’re going from a 4 percent GDP to 2.5 percent. And is 2.5 percent bad? Let me tell you, for eight years [if we got] the 2.5 percent, we'd all been thrilled ... But when you get to a 4 and [then] you go to 2.5, it's going to be a slowdown,” said CEO David Parker. “[The] business environment is not bad. I'm happy about the freight environment, and we're bringing on new freight. We're getting rate increases, and I'm still a pretty happy camper.”

Noël Perry, chief economist of Truckstop.com, outlines two possibilities on contract freight in 2019. One scenario uses 2004 as a model and the other uses 2014.

“The 2004 example says not until the first quarter of 2021! The 2014 data chronicles a lag of half that, suggesting a [first-quarter] 2019 slump, seasonally corrected. In a market that appears to be accelerating its responses, I vote for the more recent precedent, expecting a peak somewhere late this year. That would be roughly halfway between the 2004 and 2014 precedents,” Perry wrote in a note from investment bank Cowen & Co.

As happy as large carriers are today, smaller carriers depending upon the spot market are displeased with how the market turned. Volatility breeds higher spot rates, while stabilization translates into lower spot rates.

“The significant price increases of 2018 have moderated, and while it is uncertain what the remainder of 2019 will bring, we are in a more balanced situation today,” said John Wiehoff, CEO of C.H. Robinson Worldwide.

Dry van spot rates are down 21 percent in the first four weeks of 2019, according to Truckstop.com. DAT’s data also show receding rates but at a slower clip.

“The best way to look at these two segments of pricing is to consider spot prices as a flagman telling the approaching locomotive engineer what is around the next bend. Moreover, the brakeman waves the spot market flag very vigorously to get the approaching engineer’s attention,” Perry said.

Because of the loose capacity, smaller fleets are no longer in a strong position to dictate rates to brokers.

For shippers, this is not necessarily a bad thing. After a year in which transportation budgets were blown, pressure is on supply chain managers to keep freight costs manageable in 2019. Negotiating reasonable rates and keeping an eye on spot market pricing are vital to meeting those goals.