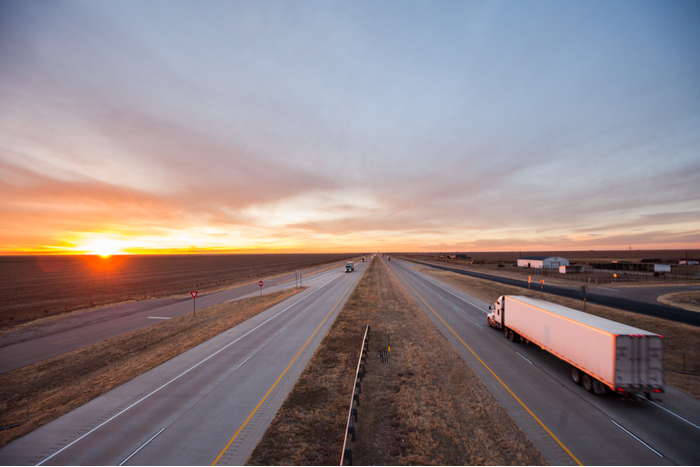 Truck tonnage was up 0.8 percent year over year in January, the ATA said. Photo credit: Shutterstock.com.

Softness in manufacturing and high inventories continue to weigh on truck freight tonnage, which despite recent monthly gains is still below its July 2019 peak, according to the American Trucking Associations (ATA). The ATA For-Hire Truck Tonnage Index rose 0.1 percent in January after rising 0.5 percent in December, but is still 1.8 percent below last July’s index.

“Over the last two months, the tonnage index has increased 0.6 percent, which is obviously good news,” said Bob Costello, ATA chief economist. Costello has noted that the contract freight volumes remained high in 2019, even if they increased at a lower rate than in 2018. Spot volumes are increasing as well, according to load board operator DAT Solutions.

Spot truckload dry-van rates rose 0.7 percent in the week ended Feb. 16, according to DAT, with shipments posted on DAT load boards up 8.8 percent and truck posts down 1.4 percent. At $1.80 per mile, however, the average van rate was down 14 cents from December. On DAT’s top 100 van lanes, spot rates were equally divided between rising, falling, and neutral.

Improvements in the manufacturing sector early this year may have contributed to the uptick in truck tonnage. Both the IHS Markit Purchasing Managers Index (PMI) and the Institute for Supply Management PMI showed manufacturing activity growing at a slow pace in January. Prior to January, the ISM index had shown manufacturing contraction for five months.