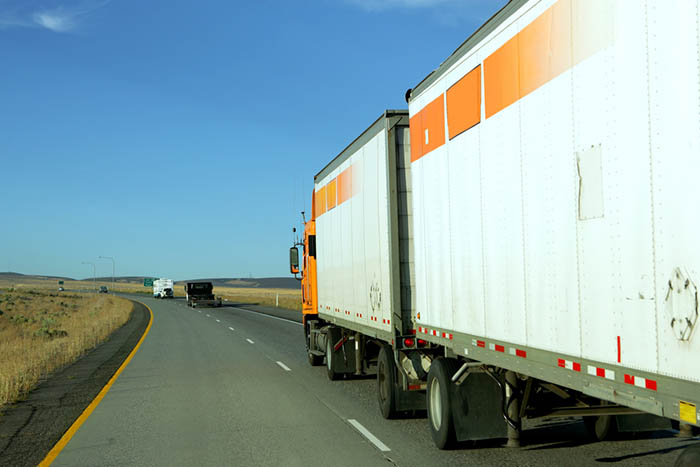 For businesses shipping freight in the U.S., this spring is a season of savings. Transportation rates are softening while consumer demand remains low and truck capacity stays relatively high.

The slight sequential increase in volume and decline in shipper expenditures point to softer truck and intermodal pricing, as well as weak demand. “The decline is a departure from the trend seen in recent years,” Roslyn Wilson, president of FreightMatters, said in her commentary on the index. 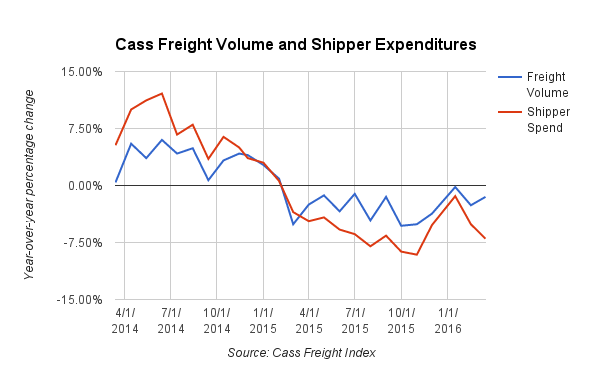 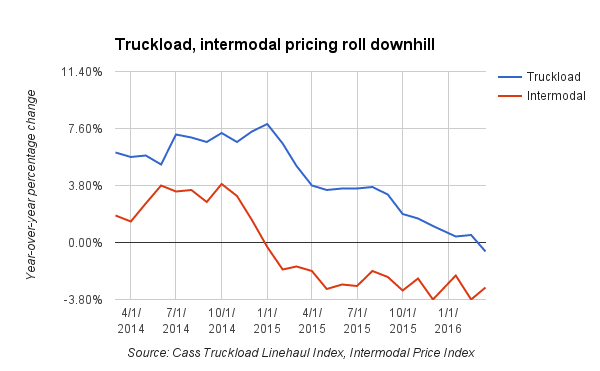 “Slow economic growth is not a good environment for rate increases,” Wilson said. “Truck rate changes have been extremely moderate and most shippers are not expecting much of a change in the first half of 2016.” Shippers also benefited from lower fuel surcharges in the quarter.

Increases in truck rates measured by the Cass Truckload Linehaul Index have been declining on a year-over-year basis since hitting a high point in January 2015. From a 7.9 percent annualized increase that month, the truckload pricing growth rate shrank to 0.5 percent this February.

Even as transportation costs and spending drop, shippers are looking to save more in an uncertain economy. High inventories also are depressing freight demand and spending.

“Shippers are under enormous pressure to cut transportation costs and seem not to be satisfied with the massive fuel surcharge reductions racked up over the past year and a half,” John G. Larkin, a managing director at Stifel, said in a March 30 note to investors.

Cass did see some positive indicators of future freight growth in the first quarter. The manufacturing sector expanded in March for the first time in the last six months, according to the Institute of Supply Management. The ISM PMI index rose from 49.5 in February to 51.8. An index reading above 50 represents manufacturing expansion. “This is the third consecutive month of growth and is a sign that manufacturing may finally be recovering from its slump,” Wilson said.

Business inventories, however, were up 1.3 percent year-over-year in February. “High inventories are still a big concern and will moderate future growth,” Wilson said. An inventory draw-down, expected since last fall but yet to be delivered, would cut into GDP growth but stimulate freight demand. That’s not likely to happen until consumers open their wallets wider.

Consumer spending rose only 0.1 percent in February, as disposable personal income increased 0.2 percent, according to the U.S. Bureau of Economic Analysis. Retailers and transport operators hope a warmer spring will stimulate shopping and shipping.