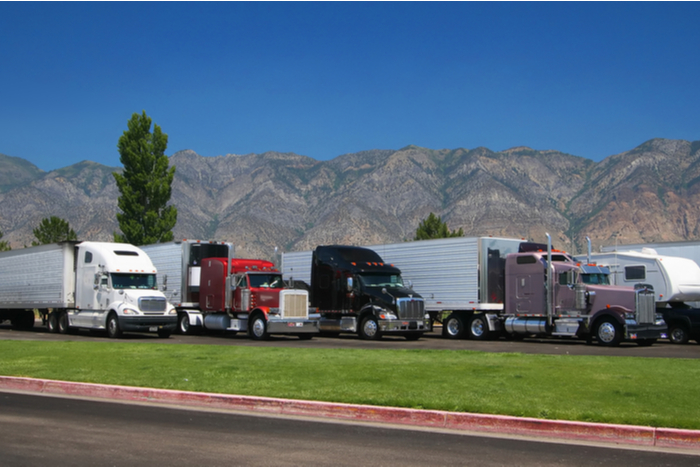 As suddenly as they rose last month, US spot market truck rates are falling in April, dragged down as shipments of everything except essential freight decrease. The trend is evident in data from DAT Solutions and in freight lanes where pricing is tracked by JOC.com. Third-party logistics providers confirm the drop, and expect it to continue.

At least 46 states and the District of Columbia have ordered non-essential businesses to close in an attempt to slow the spread of the coronavirus disease 2019 (COVID-19), reducing the flow of non-essential goods to and from factories and to brick-and-mortar stores. The impact of those closings is being felt and is likely to be amplified in coming weeks, logistics executives say.

“We’re seeing opportunities for freight nosedive,” Jeff Tucker, CEO of third-party logistics provider (3PL) Tucker Company Worldwide, told JOC.com Thursday. “It’s going to be trench warfare for the next few weeks and maybe even months. Those folks who had exposure to non-essential freight, they’re desperate at this stage, whether they’re brokers or carriers.”

Dry van spot rates have fallen significantly so far in April, conceding all the gains of March, according to a JOC.com analysis of pricing in a sample of roughly 200 top US freight lanes. Data from digital broker Loadsmart shows the unweighted average dry-van spot rate on these lanes fell to $1.83 per mile so far in April, after surging to $1.94 per mile in March amid panic buying.

The Loadsmart data doesn’t represent actual transactions, but rather a guaranteed quote of what a shipper would pay, all-in, captured on a bi-weekly basis.

In the week ending April 4, DAT Solutions saw spot market loads and rates decrease overall, with pricing rising on only a handful of lanes, according to market analyst Peggy Dorf. Most lanes saw rates slide, and some slid far. The average dry van rate from Seattle to Salt Lake City fell 21 cents per mile, and the Denver to Chicago rate dropped 14 cents, she said in a blog post April 6.

DAT also said the average national dry-van spot wholesale rate, including fuel surcharges, is averaging $1.83 per mile so far in April after rising to $1.87 per mile in March. In February, the dry-van wholesale average was $1.79 per mile, compared with $1.87 per mile in January, according to the load board operator. Absent surcharges, the average van linehaul rate April 4 was $1.63 per mile. That's still up 5.2 percent from the same period a year ago.

DAT's spot load posts were down 38.7 percent week to week April 4, after rising 39.1 percent year over year in March, according to DAT. That indicates that either the surge in freight brought on by panic buying has eased, and eased rapidly, or that contract carriers have reassigned equipment and are now hauling more of those shipments as other freight diminishes.

“What we are seeing is desperation leading to cutting rates below what it takes to operate a truck,” Tucker said. “It can’t go on forever.”

What Tucker thinks is likely to come before a reversal in pricing is widespread culling of under-capitalized, highly leveraged carriers, many of them small businesses. That could make last year’s uptick in bankruptcies seem insignificant.