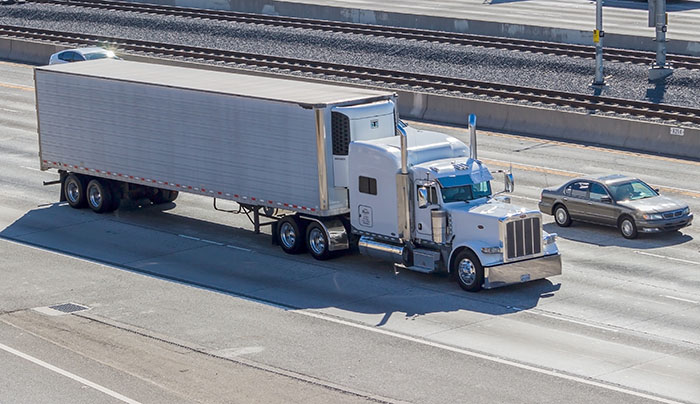 Shippers anticipated increases in truckload contract rates this year, and they are starting to materialize.

Some of the largest US truckload carriers saw contract rates with shippers begin to rise in the fourth quarter, following the path marked by spot market rates starting in late spring. They expect rates to move higher in 2017, but in measured steps, not leaps and bounds.

Shippers, they confirm, are responding by moving up contract talks and bids whenever possible, anticipating that a stronger economy could begin to push truckload rates higher by mid-2017. And despite the pricing uptick, there’s still room for shippers to save, consultants say.

Knight Transportation’s total rate per mile rose 1.4 percent between the third quarter and fourth quarter last year, in contrast with flat sequential rates in the same period of 2015, David Jackson, president and CEO of the 10th-largest US truckload carrier, said in a Jan. 25 earnings call.

“We view this as a sign of an improving market,” Jackson said. Improving, but not booming. “We are talking about positive rates, but probably not significantly positive,” this year, he said.

“When we look at 2017 as a whole, where we expect to end up from a rate perspective, we would see that [increase] still in the low single digits,” he said. Most of the gain should come in the second half, “with an increasing likelihood of materially stronger rates in the fourth quarter.”

Jackson’s outlook is similar to forecasts from transportation analysts and consultants that expect truckload rates to rise moderately in 2017. That figure fits with the modest expectations expressed by shippers in a JOC.com/NASSTRAC/Truckstop.com survey last fall.

A plurality of the shippers surveyed said truckload rates would rise less than 5 percent in early 2017.

“A fairly significant tightening of demand by mid-year will enable us to transition from a flattish rate environment to a 1-3 percent increase environment,” John Larkin, managing director at investment research firm Stifel, said of truckload rates in a Jan. 26 conference call.

Contract rates improved sequentially in each month of the fourth quarter at Swift Transportation, though they were still below year ago prices. “That trend has carried forward into the early part of  2017,” Richard Stocking, president and CEO of the $4 billion US trucking company.

“The rate environment is not yet where we would like it to be, but it is getting better,” Stocking told Wall Street analysts in a Jan. 26 earnings call. “We’re encouraged by the direction of pricing conversations in each of our segments,” truckload, refrigerated, dedicated, and brokerage.

Stocking noted shippers are looking to open contract talks and put out bids early this year. “Some have started the season early, more in anticipation of tightening market dynamics including possible ELD impacts,” he said, referring to the electronic logging mandate that takes effect Dec. 18.

That mandate is expected to tighten over-the-road truckload capacity.

“With both existing and new customers, we’re seeing a bit of urgency to go to bid now, based on expectations of reduced capacity in surface markets in 2017,” Brian Broadhurst, vice president of transportation solutions for Spend Management Experts, told JOC.com Friday.

“There are a variety of indicators supporting increased demand for truckload moves,” Broadhurst said, whose Atlanta-based company helps companies lower transportation costs through supply chain optimization. “That implies increasing rates in the truckload market, and that’s an impetus for shippers to try to lock in rates sooner rather than later.”

“In 2016, we saw a recovery of commodity prices and industrial activity, both here in the US and globally,” Benjamin Hartford, senior analyst at Robert W. Baird, told the SMC3 Jump Start 2017 conference in Atlanta this week. “We’re at an inflection in truckload pricing,” Hartford said.

Truckload carriers face headwinds when it comes to increasing revenue, even as pricing creeps up. What they need is volume. Both Knight and Swift saw revenue excluding fuel surcharges drop in the fourth quarter and for the full year. At Swift, revenue excluding fuel was down 4.6 percent from a year ago to $951 million in the quarter. Knight’s comparable revenue dropped 0.6 percent to $265 million.

How quickly the US economy will expand in 2017 is a big unknown, though economists are forecasting a healthier year for growth than 2016. Carriers and shippers are eyeing the start of the second quarter, remembering how the market roared back in 2014 after a tough first quarter.

In December and January, Knight noted a “looseness” in the truckload market, Jackson said. “We got off to a slow start” in 2017 because of New Year’s Day being observed on a Monday, he said. “And we’ve had a heavy dose of weather in these first few weeks of January.”

Truck capacity did tighten in certain markets, he said, “but it was just too short a period in too few places to move the needle ... But we think that day is coming.”