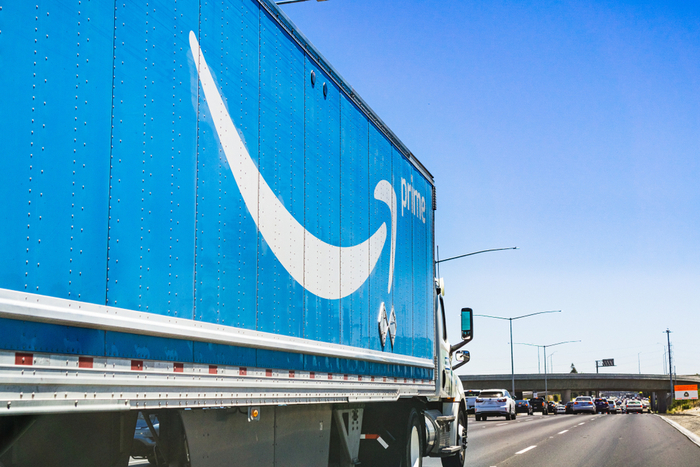 The producer price index (PPI) for local truckload carriage jumped 20.4 percent in August from July, most likely propelled by greater demand for short-haul distribution of goods from warehouses and distribution centers to e-commerce fulfillment centers and stores.

The PPI data, released by the US Bureau of Labor Statistics (BLS) late last week, measures change in pricing for commodities and services across the economy, including various sectors of trucking, among them local and long-distance truckload and less-than-truckload (LTL) services.

BLS gathers its trucking pricing data by surveying motor carriers. The survey includes a broad swathe of companies, hauling all types of freight, from retail goods to industrial products. Overall, the PPI for final US demand rose 0.3 percent in August after a 0.6 percent increase in July, up from a 0.2 percent decline in June and 0.4 percent drop in May.

The 0.3 percent gain in August was a stronger performance than expected; economists polled by Reuters expected a 0.2 percent month-to-month increase.

The PPI data showed a strong increase in the cost of local trucking overall in August, with the PPI for local general freight hauling services rising 14 percent month to month, although only 1.8 percent year over year. In July, the BLS local trucking PPI rose only 0.5 percent.

That could be a result of increased e-commerce-related freight demand, although e-commerce is unlikely to account for all of the demand and price hikes on the local carrier scene. Some of the increase may reflect the movement inland of imports that surged to US ports this summer.

In June and July, the local truckload PPI was flat month to month, and down 7.2 percent and 15.5 percent year over year, respectively, BLS data shows. The price spike in August suggests a surge in local freight transportation occurred in late July and early August.

Increases in the PPIs for the long-haul trucking sector were moderate in comparison, with long-distance truckload pricing rising only 0.7 percent from July and long-haul LTL pricing dropping 0.2 percent overall, according to the BLS.

The long-distance truckload services PPI did rise 4.8 percent sequentially in July, its biggest jump on record, according to Jason Miller, associate professor of logistics at Michigan State University. “It didn't seem feasible to have another month with a 4.8 percent gain,” he said.

The coronavirus disease 2019 (COVID-19) has accelerated a general shift toward shorter-haul trucking. Average truckload lengths of haul-at-large trucking firms has been dropping for more than a decade toward 500 miles, and evidence indicates local trucking is on the rise.

A survey by the American Transportation Research Institute (ATRI) and the Owner-Operator Independent Drivers Association (OOIDA) in March and April indicated the length of trips taken by US trucks had diminished considerably during the COVID-19 pandemic.

The 24 highest-volume truckload lanes in the United States are all lanes with fewer than 500 miles, according to JOC.com analyses of data from various partners. That’s a strong indication of the amount of regional freight moving in the US economy even before the pandemic.

Four of the top five lanes by volume for 53-foot dry van trailers are less than 100 miles, including Los Angeles to Ontario, California; the return leg from Ontario to Los Angeles; Dallas to Fort Worth, Texas; and Joliet, Illinois to Chicago, according to JOC.com analyses.

The expansion of e-commerce sparked by the pandemic is expected to increase short-haul miles, with more freight moving between distribution and fulfillment centers closer to consumers. The result could be not just more last-mile freight, but shorter “middle-mile” freight runs.

The BLS data doesn’t include any mention of what is being hauled by local trucking firms, but it is possible the increase in August reflects greater movement of freight between local warehouses and distribution centers and some distribution and fulfillment centers.

Major e-commerce retailers such as Amazon and transportation providers including UPS are shortening delivery times and expanding services from second-tier airports as they cope with higher demand that is stressing parcel carrier networks and shifting some freight to trucks.

Global Shipping Outlook: A Sneak Peek at 2021
Port Performance North America: Managing Cargo Flow During a Pandemic — and Beyond
END_OF_DOCUMENT_TOKEN_TO_BE_REPLACED