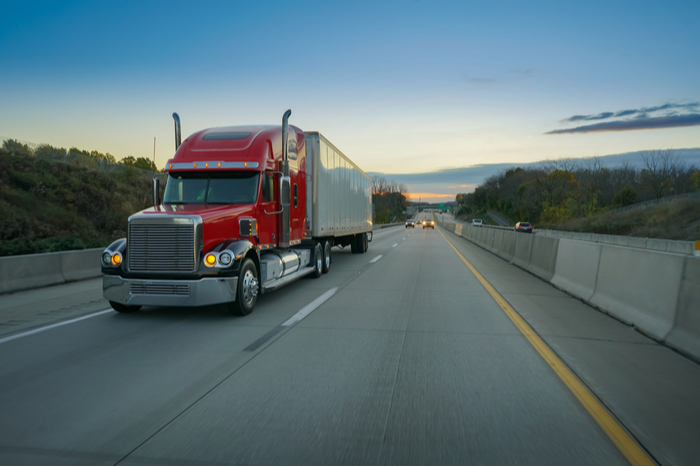 The Cass Freight Index has been negative for 11 months on an annualized basis. Photo credit: Shutterstock.com.

United States freight shipments have declined for 11 consecutive months, eliminating the volume surge of 2018 and flattening the “Trump Bump,” according to the latest Cass Freight Index report. The shipments index dropped 5.9 percent year over year in October and fell 3.9 percent from September. But the index also dropped 0.1 percent from October 2017.

“The shipments index has gone from ‘warning of a potential slowdown’ to ‘signaling an economic contraction,’” Donald Broughton, founder and managing partner of Broughton Capital and author of the Cass Freight Index, said in the report. Broughton singles out the US trade war with China and disputes with other countries as the main factor in the “retrenchment.”

“We see it as an illustration of the highly stimulative effect of the corporate tax cut being completely abolished by the prosperity-destroying effect of the tariffs and ongoing trade dispute,” Broughton said. “Unfortunately, 2019 shipment volume has not only been below 2018 every month, but in October it has fallen below 2017 and 2014 levels.”

The Cass Shipper Expenditures Index, a measure of the change in freight rates, dropped 1.9 percent from September and was down 4.1 percent year over year in October. The expenditures index was still 7.4 percent higher than in October 2017, indicating that substantial contract rate gains carriers made in 2018 haven’t entirely eroded, unlike spot truckload rates.

The Cass Truckload Linehaul Index, a measure of per-mile truckload rates before fuel surcharges and accessorials, was down 2.5 percent year over year in October — its third month in negative territory, although rates increased 1.4 percent sequentially. The Cass Intermodal Pricing Index rose 0.4 percent year over year and 3.9 percent from September.

Broughton isn’t the only one running up a recession flag based on sagging transportation volumes. In an interview with Transport Topics, economist Noël Perry of Transport Futures forecast a recession beginning in the third quarter of 2020. The current slowdown in manufacturing, he said, is typical of the environment in a year before a recession.

Economic activity in the US manufacturing sector contracted for the third straight month, according to the Institute for Supply Management (ISM). The ISM Purchasing Manager Index (PMI) registered 48.3 percent in October, a 0.5 percentage point increase from September. “Global trade remains the most significant cross-industry issue,” the institute said Nov. 1.

The IHS Markit PMI, however, shows modest improvement in manufacturing in the same period, with an October reading of 51.3, up from 51.1 in September. The highest reading since April was attributed to rates of growth in production and new orders, but still reflects only a “modest improvement in the health of the manufacturing sector,” said IHS Markit, parent company of JOC.com.

Others, including Federal Reserve Chair Jerome Powell, don’t see a bust coming. Powell told the House of Representatives Budget Committee Thursday that “there’s nothing really booming that would want to bust,” according to Reuters. “We’re growing at 2 percent, right in that range,” a higher growth rate than other advanced economies, Powell told lawmakers.

“There’s no reason that can’t continue,” he told the committee. “It’s a pretty sustainable picture.” The Fed chief didn’t see a risk of the manufacturing slowdown dragging down the consumer. Even so, the Fed has cut US interest rates three times this year. The consumer, he said, is driving the economy, fueled by low unemployment and an increase in wages.

Even so, growth remains slow. This month, IHS Markit marked down its fourth-quarter forecast for real gross domestic product (GDP) growth by 0.4 percentage point to 1.5 percent, leaving its forecast for real GDP growth this year unrevised at 2.3 percent year over year. Rather than a recession, IHS Markit expects US GDP to expand 2.1 percent in 2020.

But the US economy will slow in 2021 as well, with GDP growth dropping to 2 percent, three years after rising 2.9 percent on an annual basis, according to IHS Markit. A post-strike rebound at General Motors and a recovery in Boeing’s production of 737 MAX airplanes will help boost US GDP slightly next year, as will spending on the decennial census, the London-based company said.

Even so, IHS Markit surveys show US business optimism has hit a three-year low. The net balance of businesses expecting a rise in output dropped from 16 percent in June to 10 percent in October, according to the latest IHS Markit Business Outlook. Uncertainty around trade disputes, the impact of tariffs, and higher operating costs were all seen as threats.

Even if the US isn’t headed into recession, “continued weakness in the Cass Shipments Index at the current magnitude should result in a far weaker GDP than is expected by most economists or reflected in the equity market’s valuation,” Broughton said. In other words, the expansion may slow to the point where it feels like a recession, as it did in 2012 and in 2016.

Global Shipping Outlook: A Sneak Peek at 2021
Port Performance North America: Managing Cargo Flow During a Pandemic — and Beyond
END_OF_DOCUMENT_TOKEN_TO_BE_REPLACED