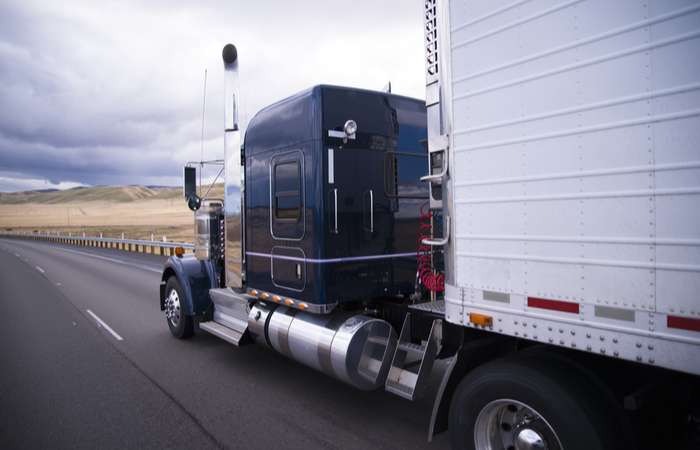 A sharp decline in shipper spending and freight volumes causes some to sound the recession alarm, but others still see slower growth, not steep decline, amid tariff threats. Photo credit: Shutterstock.com.

The US economic scene is replete with mixed signals, but fewer and fewer of them are favorable to shippers and freight carriers. The Cass Freight Shipments Index for May dropped 6 percent year over year, while the American Trucking Associations For-Hire Truck Tonnage Index increased only 0.9 percent from May 2018, its smallest annualized gain since April 2017.

Even more dramatically, the Cass Freight Shipper Expenditure Index turned negative year over year, dropping 1 percent, following a 6.2 percent gain in April. A switch that big indicates shippers not only paid less to move freight in May, a good thing from their viewpoint, but moved less freight than a year ago, not a good thing from anyone’s perspective.

US truckload linehaul rates increased only 1.2 percent in May, year over year, according to Cass, while the Cass Intermodal Price Index was up 4.2 percent from a year ago.

As the Cass Shipments Index declined for the sixth straight month, Donald Broughton, author of the index report and founder of Broughton Capital, declared it a signal of economic contraction. “Whether it is a result of contagion or trade disputes, there is growing evidence from freight flows that the economy is beginning to contract,” he said in the report, issued Tuesday.

Contraction doesn’t mean growing slowly, it means shrinking. Two consecutive quarters of economic contraction is the textbook definition of a recession. Broughton is sounding a loud alarm, but economic contraction at this point is not universal. Also, he noted, “the Cass Shipments Index has gone negative before without being followed by a negative GDP.”

The question is, does that sudden reversal in spending and the drop in shipments herald slower economic growth, contraction, or reflect a shift in freight demand caused by new US tariffs as well as the threat of higher tariffs last year and this year, or a mix of all those factors? High US inventory rates also signal that some freight shipping may have been postponed this spring.

“At the midpoint of 2019, many experts expect the economy’s momentum to slow due to the potential for trade tensions to accelerate,” Michael Zimmerman, partner at A.T. Kearney and author of the 2019 Council for Supply Chain Management Professionals (CSCMP) State of Logistics Report, said Tuesday. “Demand has softened, and growth is in doubt, but not to the point where steep decline is visible.”

Those types of increases are difficult to sustain, and they make for tough comparisons in 2019.

The biggest factor in this apparent weakness may be slowing US industrial growth. IHS Markit, the parent company of JOC.com, reported “subdued” new order growth in its May US Purhcasing Managers’ Index (PMI), a measure of manufacturing health. The IHS Markit US PMI dropped to 50.9 in May, a reading just barely high enough to indicate continued US industrial expansion.

The manufacturing sector’s woes “intensified in May to mean factories will therefore likely act as an increasing drag on the economy in the second quarter,” Chris Williamson, chief business economist at IHS Markit, said in a statement. Trade wars topped the list of concerns among manufacturers, alongside slower sales and weaker economic growth at home and abroad.

On the other hand, US retail sales rose a seasonally adjusted 0.5 percent in May, while April estimates were revised from a 0.2 percent decline to a 0.3 percent increase, the US Department of Commerce said Thursday. The US national unemployment rate remains at a 50-year low, remaining flat at 3.6 percent in May, according to the US Bureau of Labor Statistics.

Whether the US economy grows slowly or contracts depends largely on the confidence of the US consumer and the outcome of the trade battles being waged by the Trump administration. The timing of the next turn in the US economy, the fortunes of shippers and beneficial cargo owners, and the fate of logistics providers and freight carriers all hang on the outcome.

Economic reports and forecasts have been further skewed by the real effects of US trade disputes with the country’s largest trading partners, China and Mexico. The introduction of initial US tariffs on $250 billion in Chinese goods last year led to several surges in US imports, boosting freight volumes later than usual last year and suppressing them early this year.

The GDPNow model estimate for real GDP growth in the second quarter was 2.0 percent June 18, according to the Federal Reserve Bank of Atlanta. GDPNow estimates aren’t official forecasts from the Fed, but are best viewed as a “running estimate” of GDP growth based on the available data for the current measured quarter, according to the Atlanta bank.

The recent uptick in US imports — up 3 percent in May, and forecast by the Global Port Tracker to increase from June through September — will fill more tractor-trailers and domestic intermodal containers but pull down US GDP. Inasmuch as they contribute to the ongoing buildup in private inventories, however, those imports will indirectly bolster GDP in coming months.

“With a major tariff increase already announced and the possibility that tariffs could be imposed on nearly all goods and inputs from China, retailers are continuing to stock up while they can to protect their customers as much as possible against the price increases that will follow,” said Jonathan Gold, National Retail Federation vice president for supply chain and customs policy.

All that “stocking up” means higher shipper inventories, which tend to depress freight traffic on roads and rails. The average warehouse vacancy rate in the United States dipped to 4.4 percent in the first quarter of 2019, even as new capacity is being built at what industrial real estate company CBRE called an “unprecedented” pace — up 32 percent year over year.

Inventory productivity, as measured by the average US inventory-to-sales ratio, improved from 2016 to 2017, dropping to 1.38 on average in 2017, Zimmerman said at the launch of the 2019 report Tuesday at the National Press Club in Washington, DC. That average dropped further to 1.34 by June 2018, but had jumped back to 1.39 by the end of the year, Zimmerman said.

The ratio was still stuck at 1.39 at the end of April, indicating a large quantity of goods remained in warehouses. “Just trade tension fears cause inventory buildups that shift logistics services demand,” Zimmerman said. That’s affected shipping decisions at companies such as Bumble Bee Seafoods, which sources ingredients for its food products from 40 countries.

“We have a lot of inventory this year, and we have initiatives in place to reduce the amount of inventory we have,” Jill Donoghue, vice president of supply chain at Bumble Bee Seafoods, said at the CSCMP event Tuesday. “Hopefully, it means shipping more to our customers and importing less.”

There were signs in early June some of the stockpile amassed since the fourth quarter was loosening. Truckload rates reported by DAT Solutions and other sources monitored by JOC.com out of Atlanta have risen double digits in the last few weeks, and more freight appears to be moving inland from the US West Coast, positive signs amid negative economic data. Barring a sudden reversal, it appears that June rates will be higher than May.

That’s especially good news for owner-operators and independent truckers that rely on the US spot market more than their larger carrier competitors. Reports of a trucking “bloodbath” may be exaggerated when applied to the market as a whole, but the independents who depend on the spot market, or who entered it at its peak last year, are feeling the brunt of the pricing pain.

The number of loads on the truckload spot market jumped 14 percent in the week ending June 16, following a 10 percent decrease in loads the previous week, when the Commercial Vehicle Safety Alliance (CVSA) held its annual International Roadcheck, a truck-inspection blitz that often keeps drivers off the road. Dry van volume was up nearly 20 percent sequentially.

“In the short term, Los Angeles, northern California, and Atlanta are much more robust in the last thirty days, both in load-to-truck ratios and, more recently, pricing,” Mark Montague, industry pricing analyst at DAT, said in a June 18 blog.

On the contract side, truckload carriers remain confident that shippers won’t be able to claw back rate increases from 2018. DAT’s national dry van contract rates, however, were negative year over year in May for the first time since 2016. In a Cowen and Co. survey of carriers, nearly 70 percent said last month’s contract rates were 0 to 3 percent higher than a year ago, only 8 percent reported a drop in rates. More than 60 percent anticipate contract rates to remain up 0 to 3 percent for the next six months, while only 5 percent believe they will fall.

An influx of imports in June and July rushed to avoid potential tariffs could mean this summer resembles the summer of 2018, when containerized ocean freight and surface freight demand peaked in July, earlier than usual. However, that could mean the late third quarter and early fourth quarter look more like the first quarter did after the influx of front-loaded imports.

Shippers will have to review their own supply chains and plan for contingencies, including the growing impact of e-commerce demand and fast fulfillment expectations on freight flows and distribution locations. Online shopping by businesses and consumers will increasingly reshape the peaks and valleys of freight shipping, both globally and within the United States.