Landstar System is not as bullish as other trucking companies about a recovery in the later half of 2020 because of its exposure to the manufacturing sector. Photo credit: Ari Ashe/JOC.com.

Coming off universally soft fourth-quarter earnings, truckload carriers and brokers think the first half of 2020 will continue to be a challenge for them, and while there is some optimism for a turnaround this summer, not everyone is convinced it will happen.

There are hopes on the carrier and brokerage side that the sluggish conditions experienced in 2019 will create a lower year-over-year benchmark to beat, which could then generate momentum toward charging higher rates to shippers later this year.

There are some signs spot rates have bounced from the floor and are heading higher. Rates in December 2019 were down 6.8 percent from the prior year, according to DAT Solutions, compared with the 20.6 percent year over year decline seen in July.

The JOC Shipper Truckload Spot Rate, a component of the JOC Intermodal Savings Index, finished December down 3.1 percent. Even contract rates, which were down 9.3 percent year over year in October, fell only 6.5 percent in December, a possible signal that both markets have gotten past their lows.

January will be a step back, according to DAT and JOC data, which is normal after the holiday season. Preliminary data shows spot market rates will end January lower than December and a year ago, but higher than November. Optimism could pick up in the spring when the doldrums were most severe last year, particularly with low spot rates in April and May 2019.

Macroeconomic factors, though, could push the pendulum in either direction.

“It’s kind of a wait-and-see approach right now,” said Travis Krous, director of transportation for Nestlé Purina North America, speaking at the National Industrial Transportation League (NITL) conference Jan. 21. “Everybody thinks something is coming, but no one is sure which way it’s going to go. But the pricing pressure isn’t there right now like we have seen in the past.”

Where we are today 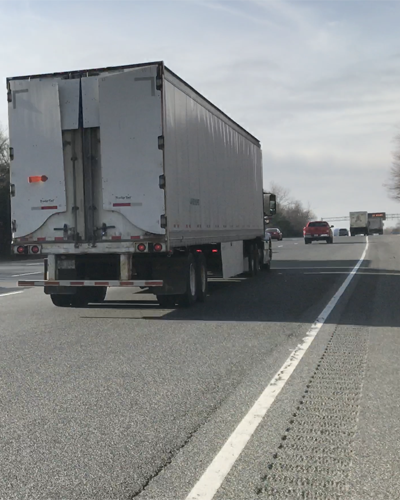 Despite the surge in December rates, C.H. Robinson Worldwide’s depth of tender index was 1.2 in the fourth quarter, which often means that the first carrier contacted on an available load accepted the job. Tender acceptance rates were in the high 90 percent range, according to C.H. Robinson, compared with levels closer to 80 or 85 percent during the height of the 2018 pro-trucking market.

“This route guide depth remains near the lowest levels we've experienced [in a] decade,” C.H. Robinson CEO Bob Biesterfeld said Jan. 29. “Starting in the fourth quarter of 2017 through the fourth quarter of 2018, we saw price increases in the market at really unprecedented levels. And then we saw this pivot in the market and then prices dropped faster than we've ever seen in the past decade.”

He added, though, demand in December and early January was “tighter than we’ve seen in a few quarters,” although “we’ve really seen the market settle as this month has progressed.”

“We are probably most disappointed with the October and early November time frames if you would measure the typical peak season. And we felt better about the momentum throughout December,” Schneider National CEO Mark Rourke said Wednesday. “We did see some [momentum] build, and we wouldn’t say it's a terrific robust start to January, but it's on expectation.”

Mega-fleets J.B. Hunt Transport Services, Schneider National, and Knight-Swift Transportation Holdings have told analysts to expect spot rates to remain low in the short-term and contract rates to be flattish on early bids. Rate increases should be possible in the second half of 2020, the fleets have said.

But Jim Gattoni, CEO of Landstar System, said even if capacity tightens later this year, he remains concerned about the manufacturing sector. He said capacity will tighten because rising insurance rates will knock out small carriers without enough cash flow. Capacity is the supply side of the equation, though. The other is truck demand.

“I don’t see any greenshoots or catalysts of a turnaround in the second quarter,” he said Thursday. “Manufacturing really started being consistently negative in July, so if it’s six quarters [to recovery] we’re toward the end of 2020.”

IHS Markit, the parent company of JOC.com, is bullish on the manufacturing sector. Unlike the ISM Purchasing Managers’ Index, which dropped to 47.2 in December, the IHS Markit US PMI reading was 52.4. Any number above 50 indicates expansion, in this case, “modest improvement,” IHS Markit said in its Jan. 2 PMI report.

“The final quarterly average of 2019 was in fact the strongest since the opening three months of the year,” IHS Markit said. New business “grew at a solid rate,” the report said, thanks to the acquisition of new clients and reviving exports sales, even if gains in orders were “marginal.”

The expansion rate was lower than in Dec. 2018, however, according to the report.

Then there are issues related to China. While the “phase one” trade deal between the United States and China is a positive for freight demand, the coronavirus would be a bearish indicator if the outbreak persists and slows the delivery of cargo to vessels bound for the US or disrupts air travel and air cargo.

“With respect to the coronavirus, it doesn't help. There's no doubt about that. We've talked to our customers about that and the level of impact that they're anticipating is unknown at this point. It's all speculation,” Alan Shaw, executive vice president of Norfolk Southern Railway, said Wednesday. “So we're paying close attention to it, as are the steamship lines that we serve.”

If the coronavirus was to impact US imports, over-the-road trucking would see a decline in volumes, similar to the railroads.