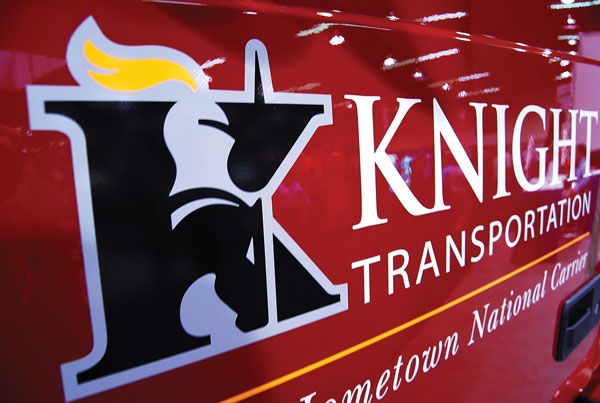 The Journal of Commerce Truckload Capacity Index rose unexpectedly in the third quarter to a four-year high, but that doesn’t mean more tractor-trailers rolled onto highways and up to shipper docks. Instead, the leap in the index reflects a gathering concentration of capacity at the top of trucking’s food chain, as larger motor carriers acquire and absorb smaller companies to secure drivers, equipment and freight revenue.

The index jumped 4.7 percentage points to a reading of 86 from 81.3 in the second quarter. The index, based on tractor counts at a $10 billion group of truckload carriers, was flat at 79.7, its lowest point over the previous two quarters. The last time the index was so high was the first quarter of 2009, the tail end of the recession.

The index tracks the level of capacity maintained by those large fleets, using tractor counts from the 2006 fourth quarter to set its base value of 100. For years, the index has reflected fluctuations in capacity across the trucking industry. From the first quarter of 2009 through the fourth quarter of 2012, the index dropped 6.2 percentage points, after falling 14.1 points in 2007 and 2008.

In 2013, however, the balance within trucking is tilting toward big carriers, those that can afford to grow. The index climbed 6.3 points this year, driven by demand but also by acquisitions. In particular, the third quarter bump in the index reflects Swift Transportation’s purchase of Central Refrigerated Transportation, which boosted the truck count at Swift, the largest U.S. truckload carrier, by 12.9 percent.

Absent such acquisitions, truckload capacity isn’t increasing much organically, as tractor counts at other fleets included in the index’s database show. Some companies added a marginal number of tractors, but others kept pruning their fleets. With equipment prices high and drivers scarce, acquiring capacity is often the quickest way for a trucking company to grow, in terms of adding revenue and by diversifying into new or specialized trucking markets such as refrigerated freight.

Central Refrigerated’s revenue grew 15 percent in the third quarter, will increase 15 percent in the fourth and be up 7 to 9 percent for 2013 as a whole. That’s growth that must be welcome when the dry van freight market is characterized as “choppy.”

“We have seen our loaded miles increase nicely over the past four weeks, and we are optimistic about the effectiveness of the recently implemented acquisitions,” Celadon said in its Oct. 29 earnings call with analysts.

There may be a shortage of truck drivers, but there’s no shortage of trucking companies ripe for acquisition. “A lot of what we’ve seen recently is individuals wanting to exit” the trucking business, Paul Will, Celadon’s president and CEO, said during the call. He said Celadon looks for businesses that “dovetail nicely” with its own operations.

Those types of opportunities will increase, he suggested, as higher equipment and driver costs, and more restrictive hours of service, make it increasingly difficult for smaller truckload operators — of which there are tens of thousands — to make money.

Not all companies are looking for a buyer. USA Truck has resisted overtures from Knight Transportation, which has offered to purchase all of the company’s outstanding shares for about $9 a share. The total value of Knight’s offer, including debt to be assumed by Knight, was about $242 million.