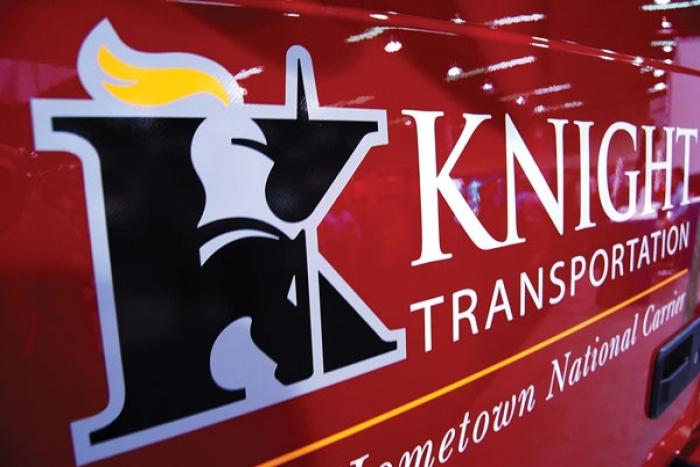 “I would be surprised if we didn’t see a couple of more deals here in the next few months,” John Larkin, managing director at investment research firm Stifel, said at the 2017 NASSTRAC Shippers Conference. “With the cost of debt relatively low, this would be the time to do it.”

Among recent acquisitions are the September 2016 buyout of Gardner Trucking by CRST International and Schneider’s purchase of Watkins & Shepard last June.

Schneider on Tuesday closed its public offering, bringing in $288.4 million.

The merger, the largest in US trucking history, and the IPO by the largest privately owned trucking company signal a shift in the US truckload market. The impact on shippers and pricing is likely to be muted, but the deal could lay the foundation for longer-term price increases.

“Excess carrier capacity continues to persist within the truckload industry, prolonging the competitive pricing environment that existed throughout 2016,” Richard Stocking, president and CEO of Swift, told Wall Street analysts during a mid-first quarter conference call. (Stocking will leave Swift after the merger).

The new Knight-Swift will control more capacity and have greater density across lanes. With 23,000 trucks and 28,000 employees between the two truckload companies, no other US truckload carrier will command the number of resources at Knight-Swift’s disposal.

Acquisition: the fastest route to expansion for truckload carriers

As freight markets remain soft, acquisition remains the fastest route to expansion for truckload carriers. “The way carriers grow isn’t by getting more equipment and adding more drivers — because there aren’t any — but buying other companies,” Larkin said in Orlando.

Schneider National may be poised to do just that. The company’s $288.4 billion take from its IPO was at the lower end of the company’s expectations, which ranged as high as $359 million. Post-IPO, Schneider now has lower-cost debt, a cleaner balance sheet, and cash for acquisitions, Larkin said. In its prospectus, Schneider said it would use about $150 million is to retire debt and the rest for corporate purposes, including the purchase of chassis.

Acquisitions are how the biggest companies grow, but the trucking industry has more than 200,000 active carriers of all types, according to QualifiedCarriers.com. Those are companies with active operating authority and proof of active insurance on file with federal regulators.

Although no one expects the Knight-Swift combination to have much immediate impact on rates, if any, continuing consolidation among the largest US truckload carriers could eventually put more pricing pressure on the largest, high-volume US shippers, which rely on those carriers.

At that point, those shippers increasingly will turn to third-party logistics providers and brokers to gain access to smaller carriers and “hidden capacity.”

The largest truckload carriers, including Swift and Knight, J.B. Hunt Transport Services and Werner Enterprises, increasingly are dedicating resources to dedicated carriage, with shippers agreeing to longer-term contracts and more attractive pricing in return for a lock on capacity.

“Going forward, dedicated will continue to really mushroom,” Craig Callahan, senior vice president of sales at Werner, said at the conference. “A year ago, [our fleet] would have been 40 percent one-way truckload and 33 percent dedicated. Today it’s the inverse.”

The goal at Werner, the sixth-largest US truckload carrier, is to put 60 percent of its trucks in dedicated service, Callahan said. “Trucking companies are going to try to get out of this volatile one-way marketplace.” Shippers increasingly are opting for dedicated deals, too.

“We utilize a dedicated fleet and I think you’ll see more shippers look at that as an option,” said Brian Morgan, senior director of logistics and process excellence at Leviton Manufacturing. “Part of our mitigation planning is making sure we have more than one option.”

Global Shipping Outlook: A Sneak Peek at 2021
Port Performance North America: Managing Cargo Flow During a Pandemic — and Beyond
END_OF_DOCUMENT_TOKEN_TO_BE_REPLACED