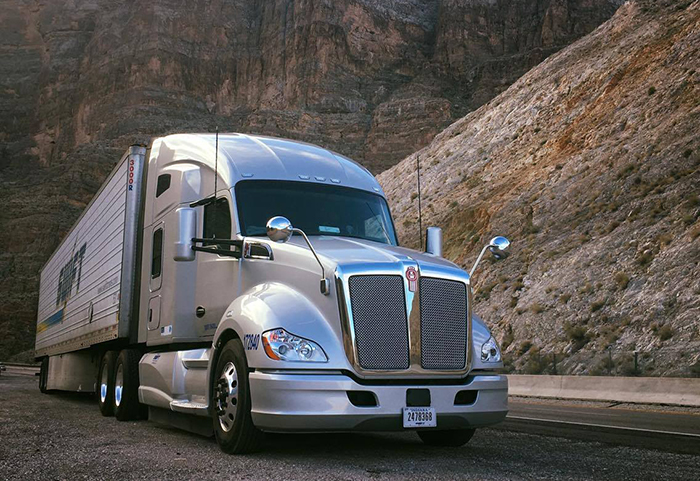 The imminent merger of Knight Transportation and Swift Transportation may be the biggest in decades, but it won’t be the last and will likely spur others, giving the top truckload companies tighter control over capacity and core lanes, according to industry analysts.

The $6 billion deal announced Monday will establish Knight-Swift Transportation as the largest truckload operator in the United States, but the tie-up won’t forge the market dominance needed to trigger a dramatic hike in truckload rates for shippers any time soon.

“It can’t. Even at an estimated combined value of $5 billion, they’re still not even 5 percent of the market,” Satish Jindel, president of transportation research firm SJ Consulting Group, told JOC.com on Monday. “It should affect pricing, but it doesn’t necessarily mean the rates will go up in a way that will hurt business.”

The combined Knight-Swift Transportation will have much greater density across common lanes; consolidated business from their largest shippers; access to a broader selection of drivers; and a portfolio that hits all the major sectors, from over-the-road to dedicated and refrigerated to intermodal and brokerage. With 23,000 trucks and 28,000 employees between the two, no other US truckload carrier will command close to the number of resources at Knight-Swift’s disposal.

“What this is going to do is accelerate more consolidation in the truckload industry,” said Jindel, who added that smaller carriers “get more and more leveraged for value by the companies that are 3PLs and brokers. Few of them will have a little more scale and opportunity to deal directly with the shippers.”

The Knight-Swift development was announced just days after Schneider National, one of Knight and Swift’s top competitors and the largest private trucking company, announced an initial public offering. The Green Bay, Wisconsin-based company’s April 5 IPO is expected to raise millions for acquisitions and to fuel the expansion of services for shippers, whether in traditional truckload and intermodal markets, or in specialty markets from chemicals and temperature-controlled freight to e-commerce.

Truckload carriers — large and small, public and private — have faced headwinds when it comes to increasing revenue, even as pricing creeps up. Knight and Swift saw revenue excluding fuel surcharges drop in the fourth quarter and for the full year last year. At Swift, revenue excluding fuel was down 4.6 percent from a year ago to $951 million in the fourth quarter. Knight’s comparable revenue dropped 0.6 percent to $265 million.

The two reported rates did begin to marginally improve in the second half of 2016 after flatlining earlier in the year — Knight’s total rate per mile rose as much as 1.4 percent between the third quarter and fourth quarter last year — but optimism that rates would rebound significantly and soon was scotched after the first few months of 2017.

Knight and Swift confirmed that shippers, in anticipation of a stronger economy, could begin to push truckload rates higher by mid-2017 and hearing that exact sentiment in carriers’ remarks, moved up contract talks and bids whenever possible, finding savings wherever they could.

The Knight-Swift merger may not give the new company the footing to dramatically hike prices, but it will give them the strength to increase controls over the loose capacity that has made it a challenge for carriers to stay in the black and negotiate even marginal increases in rates.

The merged firm will maintain a holding company structure to enable the Knight and Swift businesses to operate under common ownership and share best practices, while maintaining distinct brands and operations, according to a joint company announcement released Monday.

The transition is expected be a smooth one. Both companies are based in Phoenix and have a history together. The four Knight cousins who founded Knight Transportation in 1990 worked at Swift Transportation in their younger years, and one, Randy Knight, was even a part-owner in Swift.

“Effectively, this deal represents the pupil acquiring the teacher's company,” said Larkin. Or, as Jindel put it: “The Knight brothers are coming back home.”

“I cannot think of a better combination,” Jerry Moyes, Swift founder and controlling stockholder, said in a statement. “The Knight and Moyes families grew up together, and the Knights helped me build Swift before starting their own company and making it an industry leader in growth and profitability.”

Moyes, who retired from Swift last year, will serve as a non-employee senior advisor at Knight-Swift to Kevin and Gary Knight, who will serve as the new company’s executive chairman and vice chairman, respectively.

The executive team of Knight-Swift will be led by Kevin Knight in his capacity as chairman, Dave Jackson as CEO, and Adam Miller as CFO. Following the close of the transaction, Kevin Knight will serve as president of the Swift operating entities. Richard Stocking, Swift CEO, and Ginnie Henkels, Swift CFO, will not remain with the company in the aftermath of the merger. The move to give the Knight family more control over the company, even though Swift retains the majority of the company stock seems to be a deliberate one, said Larkin.

“Swift appears to have struggled with the retirement of its founder and spiritual leader,” Larkin said. “Kevin Knight, will be in a strong position to provide strategic leadership of the combined entity. Mr. Knight is known as one of if not the best operator in the truckload industry and we believe will add some operating discipline and strategic direction to the Swift organization.”

Global Shipping Outlook: A Sneak Peek at 2021
Port Performance North America: Managing Cargo Flow During a Pandemic — and Beyond
END_OF_DOCUMENT_TOKEN_TO_BE_REPLACED