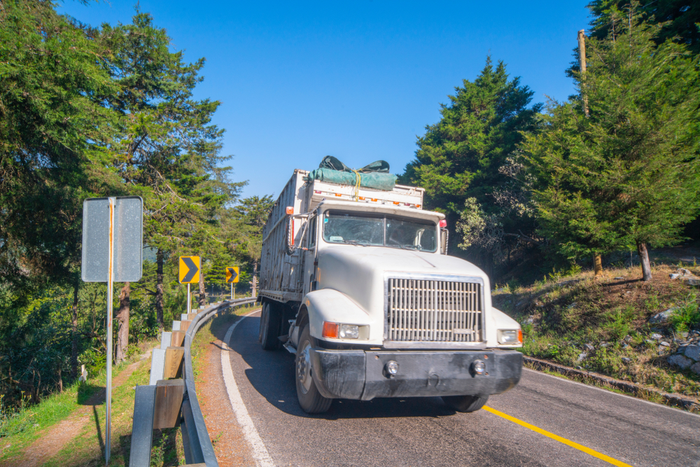 Truck congestion at the US-Mexico border has eased, but could recur as migrants continue to head toward the US. Photo credit: Shutterstock.com.

Business is returning to “normal” along the US-Mexico border after weeks of freight congestion and delays at truck crossing points in Laredo, El Paso, and McAllen, Texas; Otay Mesa, California; and Nogales, Arizona. Eight- to 10-hour delays in getting trucks into the United States are gone, for now. But shippers shouldn’t assume they’re gone forever.

Exporters and importers alike need to plan ahead for the next spate of disruption, logistics executives said at the 2019 Transplace Shipper Symposium in Dallas last week. That includes shipping through more border entry ports and using more modes, even if that means diverting only a small amount of cargo, to ensure there are alternatives in place.

“Every time something like this happens, we’ll try to send shipments to different border entry ports to try to alleviate the issue. That never works,” said Jose Minarro, senior vice president of Customs, Mexico, for third-party logistics provider (3PL) Transplace. That’s because it takes more than a map to route shipments through new entry points on the US border.

“You need to have everything that goes around moving shipments to a different port of entry,” he said, including the correct paperwork and new customs agents at that border port. “There’s a lot of formalities that need to be checked from a customs perspective, and from a logistics perspective there’s even more stuff that needs to be aligned and set up properly beforehand.”

It’s better to have alternative options in place before a crisis than to look for them once the crisis hits. “I had customers ask about intermodal, because intermodal was flowing normally, but guess what? The existing intermodal customers had already taken all the intermodal boxes,” Ben Enriquez, senior vice president of logistics for Mexico at Transplace, told JOC.com.

“If customers have a small operation shipping through Eagle Pass (Texas) and suddenly Laredo shuts down, they’re already set up with Customs, they know the local carriers, or if they do rail intermodal, they can do that,” Enriquez said. “We even had some customers with ocean access and they used that,” though ocean transit times were often longer than border delays.

Unfortunately, it often takes a crisis to convince people to change. To date, relatively few customers have changed how they move freight across the border, Minarro said. Those shippers may be constrained by the demands of their own customers. But even small changes could make a difference — shipping more freight over the border mid-week, for example.

“These are the situations that make people aware of the things they’re not doing,” Minarro said. “I had many interesting phone calls in this period but the one I will remember was from the senior vice president of operations of many plants in Mexico, who called me to ask me why more of his carriers weren’t using the FAST (Free and Secure Trade) lane.

“The truth was, we’d had numerous discussions with that customer urging them to use C-TPAT (Customs-Trade Partnership Against Terrorism, a CBP program) certified border draymen,” he said. “They’d never listen to that recommendation — until now. So guess what they’re doing? Every one of their carriers now is using the FAST lanes under that executive’s mandate.”

Congestion may have eased, but the underlying factors that caused it are still in place. Migrants from Central America continue to arrive at the southwestern US borders in massive numbers, and US Customs and Border Protection (CBP) is still scrambling to find the resources to deal with those seeking asylum and those trying to enter the United States illegally.

Everyone from CBP to shippers on both sides of the border is looking for a contingency plan. “I’ve been doing this for 25 years, and it was the first time I’ve heard US Customs say there is no contingency plan for what was going on,” Minarro said. “If flooding happens, if a computer system goes down, there are standard operating procedures for managing contingencies.”

There was no SOP in this case. The freight backups and delays began when CBP pulled customs officers from truck lanes and reassigned them to roles supporting Border Patrol Agents overwhelmed by the high number of migrants taken into custody. “For this, CBP had no contingency plan, and on the shipper side that created panic,” Minarro said.

Freight-processing capacity at the US-Mexico border dropped 30 to 40 percent by one estimate, as CBP shut down truck lanes. Trucks backed up for miles in Mexico. The number of cross-border turns that drayage drivers in Laredo could expect to make in a day dropped from 2 or 3 to 1, or even 0.5, said Jesus Ojeda, vice president of Customs, Mexico, for Transplace.

“Some drayage drivers would cross the border, deliver their load, and stay in the US until the following day, because they had run out of hours,” Ojeda said during an interview along with Minarro and Enriquez. That meant less volume in Mexico for northbound shipments the following day, Ojeda added.

The situation made an existing equipment imbalance caused by the higher number of northbound shipments, compared with southbound freight, even worse, and reduced available capacity as far away as the manufacturing region of El Bajío. “If 6,000 trailers didn’t make it back across the border, there were 6,000 shipments held up in Monterrey,” said Minarro.

That affected transportation throughout Mexico, Miguel Gomez Tapia, co-CEO of Fletes México Carga Express in Ciudad Juarez, told JOC.com. “This has impacted the economics of the carriers at the border as well as customers in the US,” he said in an email. “The cost of a crossing service rises about 20 percent because of the delays and shortages of trucks.”

The congestion began to ease in the third week of the crisis, as CBP transferred more customs officers back to freight duties, said Enriquez. “This is going to be the first normal week of transportation after all this mess. So what started four weeks ago created huge chaos at multiple border crossing points that barely is being solved today, four weeks later.”

CBP is still trying to find enough personnel to handle the wave of migrants and would-be immigrants arriving at the southwest border. The Trump administration is looking for volunteers from the Transportation Safety Administration — like CBP, part of the Homeland Security Department — to take a temporary assignment on the US-Mexico border.