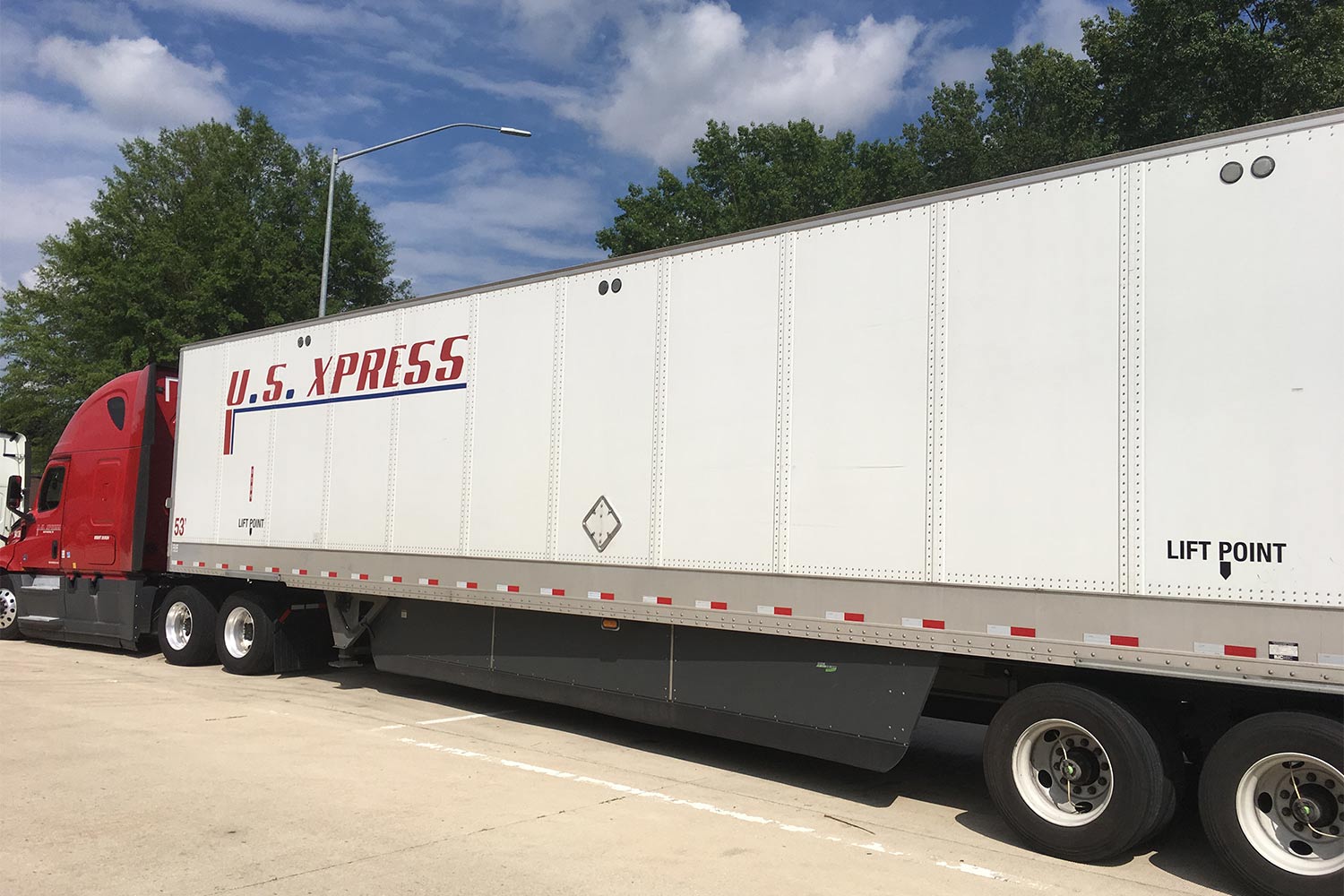 Shippers who locked in low contract truck rates in January or during the early days of the COVID-19 pandemic are now having to renegotiate prices to get capacity because of the sharp turnaround in freight volumes, according to motor carriers.

Trucking executives have said Americans who would normally be spending on vacations over the summer are instead buying items for their homes — either online or in stores — exchanging leisure for durable goods and driving up freight demand far beyond what anyone expected six months ago.

“Typically, you see a disruption on the supply side or the demand side of transportation. This year, it’s been both supply and demand,” Eric McGee, executive vice president of highway services for J.B. Hunt Transport Services, said Wednesday at the Cowen & Co. 2020 Global Transportation and Sustainable Mobility Conference. “Demand has increased week over week for each of the last six weeks.”

E-commerce sales surged 44.5 percent year over year in the second quarter, growing from 10.8 percent of all retail sales in Q2 2019 to 16.1 percent this year, according to the US Census Bureau. Non-store retail sales, which includes e-commerce and “other” commerce such as telephone sales, print catalogues, and door-to-door, grew 24.7 percent year over year in July, according to the US Census advance monthly figures.

According to executives from trucking operators J.B. Hunt, Schneider National, and US Xpress Enterprises, already tight supply of truck capacity has been exacerbated by the closure of driving schools for six to eight weeks during the pandemic.

That is one reason why 100,000 fewer commercial driver's licenses were issued in the first seven months of the year compared with the same 2019 period, said Eric Fuller, CEO of US Xpress.

“In a typical year, you have drivers retire or leaving the industry for many reasons, so you need that inflow of new drivers coming in to replace them,” Fuller said during the Cowen & Co. conference. He added that the Federal Motor Carrier Safety Administration’s new Drug & Alcohol Clearinghouse, which promotes the sharing of information on driver violations among trucking companies, is also disqualifying more drivers than ever.

Dry-van contract rates, which were as low as $1.97 per mile nationally, according to DAT Solutions, ended August at $2.15 per mile. Through the first 10 days of September, rates have climbed another 10 cents to $2.25. If those prices hold, it would be the first year-over-year increase in contract van rates in 17 months.

Shippers have been caught in the middle of this confluence of events, and some trucking companies are deprioritizing customers that negotiated hard for rate reductions earlier this year.

“There are numerous examples of customers who have struggled to get their loads picked up, their tenders accepted, proactively come back to the carrier asking, ‘What is [it] going to take because we need to have our freight moved.’” Schneider National CFO Stephen Bruffett said during the event.

Fuller said shippers have also come to US Xpress offering to increase their contract rate in exchange for guaranteed capacity in the peak season.

Shippers volunteering to pay rate increases is “not something that happens a lot in our industry,” he said, adding that some of those shippers may already be looking ahead to next year.

“You’re also having customers trying to lock in next year’s rate increase now, in the hopes that they can get a lower rate increase, rather than being fully exposed to the bid cycle in early 2021,” Fuller said.

A similar dynamic took shape in the second half of 2017, when shippers, acutely aware that the electronic logging device mandate would cause contract rates to rise sharply in 2018, reopened contract rates after a large amount of capacity was unexpectedly deployed to Houston after Hurricane Harvey.

J.B. Hunt, however, has shied away from reopening contract rates during the latest surge in volume, choosing instead to wait until the 2021 bid cycle.

“We haven’t gone back to the market, saying the contract solutions we put in place last fall don’t work and we need to change them. That’s not the case at all,” said McGee. “We’re more surgical with our shippers and [we] have good conversations as partners. Most of those shippers understand what’s going on, are working with us, and want us to be in a good situation.”