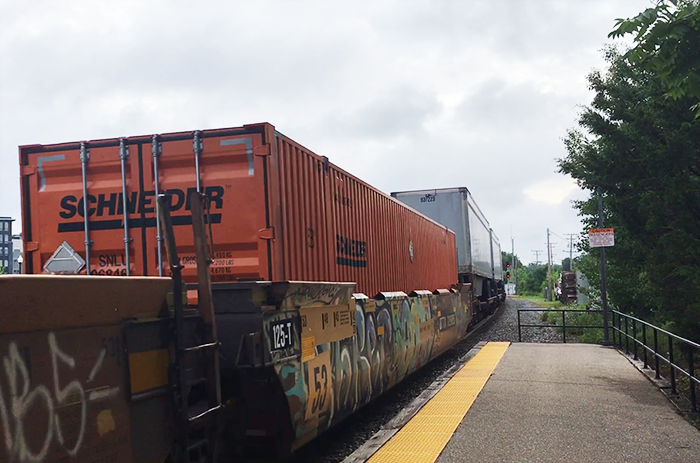 Schneider National on Thursday slashed full-year earnings guidance 14 percent, providing a more pessimistic outlook on the trucking and intermodal industry than some competitors amid persistent trade tensions with China and Europe and uncertainty over when truck capacity will leave the market.

Schneider CEO Mark Rourke and CFO Stephen Bruffett said they hope the trade cloud lifts and truckload capacity tightens in the second half of the year, but acknowledged both are uncertainties. But the updated guidance — lowering adjusted earnings per share for the full year to $1.30-$1.38 from $1.50-$1.60, is a signal they are preparing for the worst.

In fact, President Donald Trump wrote on Twitter Thursday that a 10 percent tariff will be assessed on $300 billion of products beginning Sep. 1. Known as “List 4,” the tariff would impact hundreds of consumer items, shipping containers, and ship-to-shore cranes.

Schneider’s truckload revenue, excluding fuel, fell 6 percent to $534.9 million in the second quarter, while revenue per truck per week fell 7 percent to $3,590. Intermodal revenue, excluding fuel, climbed 12 percent to $259.8 million, helped by the addition of more than 3,500 new containers in 2018. Intermodal volume, however, grew only 2 percent because the container growth was offset by CSX lane closures announced last fall and this past winter. Intermodal operating income fell 6 percent to $7.9 million because of higher purchased transportation costs and lower asset utilization.

Intermodal outlook not as rosy as Hub Group’s 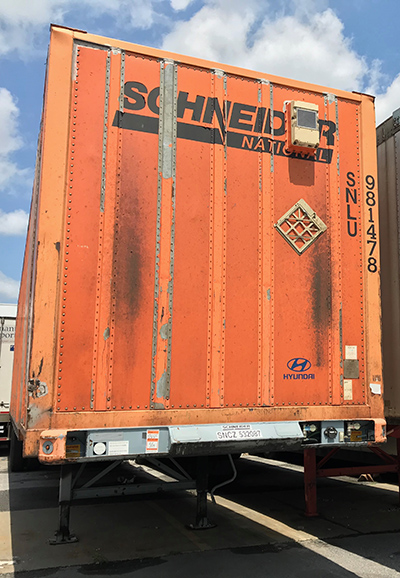 While J.B. Hunt last month provided a positive outlook for intermodal in the second half and Hub Group delivered a similar assessment earlier this week, Schneider was more muted in its commentary.

“It’s a little murky, from our standpoint, what trade discord is going to deliver in the second half of this year,” Bruffett said on an earnings call. “Intermodal is more influenced by Asia and international imports than the rest of our business, so we would expect less of that pull forward [this year].”

“There will be seasonality, albeit below average,” he added. “We expect the third quarter to have some moments and the fourth quarter to be strongest, but not to the degree of seasonality that we experienced last year.”

Rourke characterized international imports as sluggish to date. The Intermodal Association of North America (IANA) reported international containers movements were essentially flat in the second quarter and first half of 2019. Although Schneider doesn’t handle 20- and 40-foot containers, IANA’s data offers a glimpse into whether there is enough transloading opportunities for companies such as Schneider. This refers to the process of transferring cargo from a 20- or 40-foot ocean container into a 53-foot domestic box.

Although Hub Group didn’t disagree with Schneider’s analysis on the peak season, the tone just two days earlier was much more positive.

“Our customers are telling us, in fact, to expect a strong peak. Again, not 2018, but more closely aligned with 2017 which was still a very, very strong peak with a lot of demand,” Hub Group CEO Dave Yeager said on a July 30 call.

“Work compliance [the percentage of shippers tendering the volumes they forecasted] is pretty low right now in the 70 percent range,” said Phil Yeager, Hub Group’s COO. “Typically, we see that around 80 percent, and now that we're past the weather disruptions and see some sustained improvement in rail service, we're starting to see confidence build up.”

J.B. Hunt CEO John Roberts said last month his company was near 68 to 70 percent in work compliance in the first half of the year but expects an uptick through the summer months.

Schneider’s contract intermodal rates climbed mid-single digits year over year, similar to J.B. Hunt and Hub Group, but each expect deceleration in the second half.

Have we hit rock bottom on trucking? 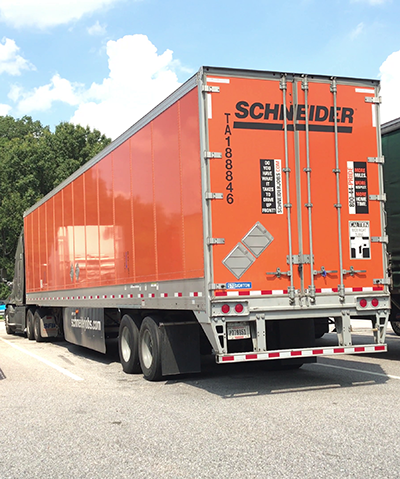 Derek Leathers, CEO of Werner Enterprises, said last week that this would be a short freight recession and conditions would quickly improve. He also referenced truckload capacity coming out of the market with a number of fleet bankruptcies this year. However, most of those carriers operated less than 50 trucks, rather than mid-size fleets with a few hundred. High-profile bankruptcies, such as New England Motor Freight and Lakeville Motor Express, were less-than-truckload (LTL) carriers.

Rourke said there is such volatility because of more information available to shippers and drivers.

“As a result, these cycle changes happen more rapidly on both the up and downside. Sitting here a year ago, there were a lot of incentives for small and medium-sized carriers to bring in capacity around the margins because of high spot rates. Today, those influences are much different, so that same margin capacity that came in can just as quickly depart,” he said.

Rourke added that the number of inquiries into Schneider’s owner-operator availability has surged in the last 30 days. That suggests drivers are struggling to handle the expenses of operating under their own authority. When such a situation happens, drivers flock to the consistency of larger fleets.

“We may be getting closer to the bottom here relative to where we stand on this supply-capacity mix,” Bruffett said.

But there is little evidence to show this in the data. Spot rates for July were down about 2 percent, according to a JOC.com analysis of more than 100 lanes. For the week ended July 28, DAT Solutions reports dry van load posts were down 2 percent sequentially. Rates also fell in 68 of the top 100 dry van lanes.

As Trinity Logistics explained, there is so much excess capacity in the truckload market that recent bankruptcies were a small dent, and not enough for a re-balance.

Global Shipping Outlook: A Sneak Peek at 2021
Port Performance North America: Managing Cargo Flow During a Pandemic — and Beyond
END_OF_DOCUMENT_TOKEN_TO_BE_REPLACED