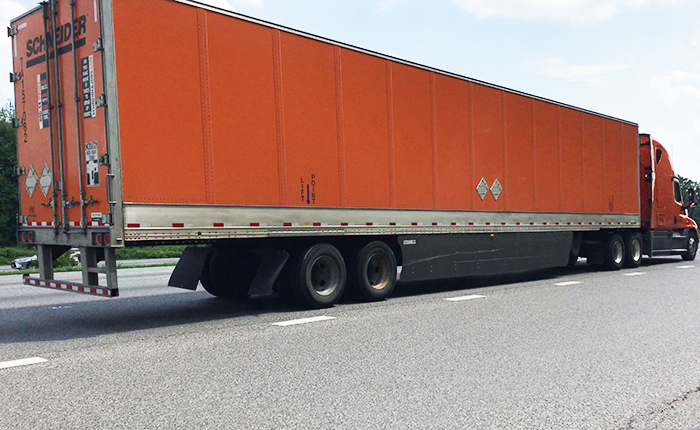 Schneider will close the former Watkins & Shepard and Lodeso businesses after a three-year venture into final-mile deliveries, citing the persistent operating losses in the business unit. Photo credit: Ari Ashe.

Three years after making a major splash into the last-mile business, Schneider National has pulled the plug on the venture amid persistent operating losses and an inability to gain traction on fierce competition.

Analysts peppered CEO Mark Rourke and CFO Stephen Bruffett with questions about the announcement during an earnings call Thursday.

“After a three-year endeavor of not resonating from a cost to serve and a volume and density standpoint, we felt that we were on a glidepath without any reasonable horizon for that to be accretive to what we’re trying to accomplish in this organization, so we made the decision we made,” Rourke said. “We’ll play in e-commerce in different ways across our portfolio, we just aren’t going to be in the way we’ve been focused on in the last three years.”

Schneider expects the closure to be complete by the end of the year, with restructuring charges of $50 million to $75 million. About half will be on non-cash balance sheet items including equipment, customer lists, and software. There will also be up to a $30 million impact on cash flows due to net facility lease obligations, such as rent on buildings no longer generating income, as well as severance costs.

Not included in the total is an additional $34.6 million goodwill impairment charge on the balance sheet in the second quarter.

In June 2016, Schneider announced the acquisitions of Watkins & Shepard and Lodeso, a major push to compete with the likes of XPO Logistics, Estes Express, and a slew of others in the delivery of heavy goods too large for FedEx and UPS parcel trucks.

“As we talked to our customers and looked to where the market is growing, what we heard was there are pain points — product categories that don’t run through the parcel network for home delivery,” then-COO Rourke told the Wall Street Journal at the time. “We felt that was an underserved need.”

Although Schneider said it will shift some assets within the organization, Rourke and Bruffett acknowledged employees will be laid off, about 800 tractors and 2,000 tractors could be sold off, and the company will have to sublease some of the 26 final mile buildings to fulfill rental obligations. There will be short-term pain, they acknowledged, with expenses related to the shutdown and the loss of top-line revenue.