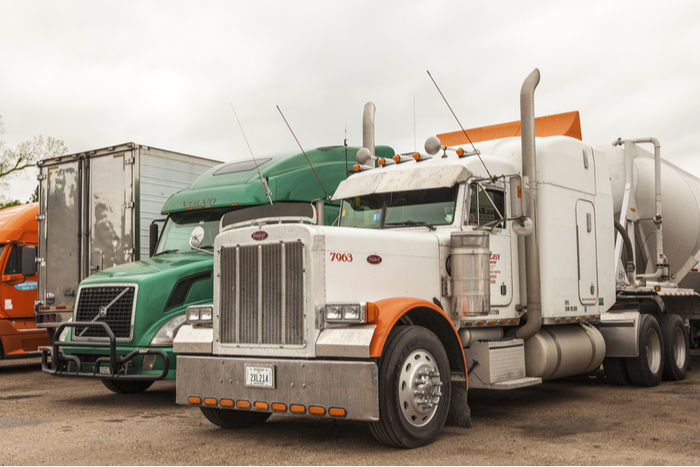 Thousands of new carriers, mainly small fleets, got US operating authority over the past few months, pursuing a

Surging US freight demand has transformed the trucking market into a gold rush for motor carriers, with the number of new trucking companies receiving operating authority each month skyrocketing since July, according to FTR Transportation Intelligence.

However, that doesn’t necessarily mean US shippers will get relief from tight trucking capacity. In fact, FTR warns capacity may get tighter at large truckload companies as a result of a shift in capacity toward smaller companies, which make up the majority of US trucking firms.

Since 2018, the number of motor carrier operating authorities granted by the Federal Motor Carrier Safety Administration (FMCSA) by month has ranged between 3,000 and 4,000, according to data FTR shared during a webinar sponsored by technology firm Trucker Tools.

As US import demand spiked following the lifting of COVID-19 lockdowns this summer, that number of new operating authority grants ballooned, jumping from about 3,000 in June to more than 5,000 in July, according to FTR vice president for trucking Avery Vise.

After another slight increase in August, the number shot up to about 7,500 in October.

“This will eventually stop, but I don’t know why it wouldn’t continue” as long as freight demand remains high, Vise said Thursday during the webinar on the 2020 peak season and 2021 freight outlook. “The word ‘unprecedented’ does not begin to describe this rebound.”

New carriers don’t necessarily equal new capacity, he said, but capacity that is shifting from large companies to the fragmented world of small carriers. “I’m going to guess the vast majority of these carriers were leased owner-operators working for existing companies,” Vise said.

Those owner-operators likely tied themselves to large truckload carriers when the truck freight market was soft in hopes of getting regular cargo and miles, and have now gone independent again as spot rates rose for 19 consecutive weeks in the second and third quarters.

“You can’t equate this to capacity,” said Vise. The FMCSA data tracked by FTR supports evidence of a long-term tilt in the market. Since 2012, the number of trucking firms with one to 19 trucks has nearly doubled, and those carriers added more than 405,500 drivers.

Those figures come from an analysis of FMCSA data by freight brokerage Tucker Company Worldwide and shipper risk management company QualifiedCarriers.com. That data also showed the number of trucking companies increasing, rather than dropping, in early 2020.

“The number of new carriers almost always exceeds the number of carriers going out of business,” Vise said. Qualified truck drivers who lose their jobs in bankruptcies or shutdowns are either hired quickly by other carriers or, if the money is good, strike out on their own.

“What this means is that more capacity is now available to third-party logistics companies and brokers as opposed to capacity sourced directly from the large asset-based trucking companies,” Vise said. “That means larger carriers are being starved of capacity.”