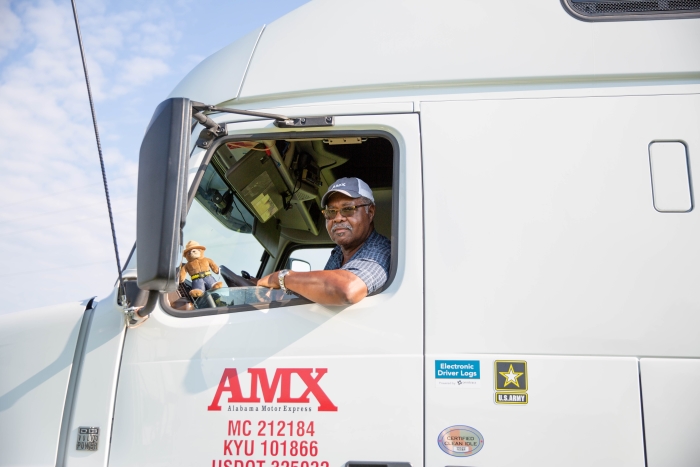 The trucking market may be soft, but there are still opportunities for growth, especially for mid-sized carriers such as Alabama Motor Express (AMX). The Ashford, Alabama-based truckload carrier recently acquired Powell Transport Solutions, a smaller trucking company that specializes in refrigerated (reefer) cargo, and is looking for additional acquisition opportunities.

“We’re searching very hard to diversify, it’s something we need to do in a softer market,” said Taylor White, vice president at AMX. “Regionally, we feel there’s a lot of opportunity for reefer business that we’ve been missing. We want to grow it, and instead of just starting out organically, we’d rather acquire somebody who’s good at it,” and that’s Powell, he said.

In trucking today, one company’s difficulty may be another’s opportunity, and the biggest difficulty White sees confronting trucking companies isn’t a driver shortage or low rates, but rising insurance costs. “We’re in the toughest insurance market I’ve ever seen,” he said. “While that presents challenges for us and everybody else, it also presents opportunities.”

“If you look at it by fleet size, there’s been a dramatic increase,” Vise said at the event. “We’re seeing big increases for fleets with up to 25 trucks. Many large carriers are self-insured, but small carriers don’t have that flexibility. They need to take what’s given to them.” And what they’re getting are double-digit increases in insurance premiums, Vise and other sources say.

“For these smaller carriers, it’s incredibly tough for them to absorb a 30 percent to 50 percent increase on their insurance premiums,” White said. “That gives us the opportunity to acquire new companies that operate well but have been priced out of the market” by rising insurance rates. Insurance premiums may be the leading factor eliminating excess truck capacity.

“Anecdotally, we’re hearing it hasn’t let up,” Vise said in January of rising insurance costs. With rates holding flat year over year, the increase in insurance premiums “is taking its toll” on carriers, Vise said. “Trucking failures are indeed above trend,” he said. “For the past five quarters we’ve been above trend in carriers losing authority, starting in the fourth quarter of 2018.”

Some of those carriers are being acquired by larger competitors that need truck drivers and freight in order to expand. AMX has been in acquisition mode “for a year or two,” White said. “We’ll probably make more acquisitions in the coming months,” he added. “We want to get good people in to run different divisions of our company” as AMX diversifies beyond dry-van freight.

AMX, founded with one truck in 1988 by CEO Scott White, now operates about 230 trucks nationwide, Taylor White said. Powell will add another 35 trucks. Before the 2008-09 recession, AMX was a bigger company, with nearly 500 trucks. Today, “We don’t want to be at 500,” White said. “We’re not growing just to grow. We want to be as profitable and diversified as possible.”

The company had more than $80 million in revenue in 2019 and expects that to rise above $100 million in 2020. “It’s a very attainable goal,” White said, especially if the company completes additional acquisitions. Powell Transport, based in Midland City, Alabama, will become the refrigerated services division of AMX, led by president Paul Powell.

“We want to get into other markets that are a little more stable than the dry-van market,” White said. “The dry-van market is so overrun that it is very volatile.” Other markets in which AMX is involved include drayage and tank trucking, he said. “Getting into reefer and other specialized businesses gives us the ability to pay truck drivers more, making them more successful.”

AMX also has a brokerage business, AMX Logistics, and has recently opened offices in Savannah, Georgia, and Atlanta, bringing it closer to Georgia’s port and inland distribution hub.  “We focus a lot of effort on growing the brokerage,” White said. “A lot of times we are able to sell more capacity than our 230-power-unit fleet. The two operations complement each other well.”

White also sees mid-sized carriers such as AMX playing an important role in the market. “Somebody our size, we’re not going to be the cheapest rate,” he said. “It’s tough for us to compete with the 2,000-truck carriers on price. But when things really need to get done, we can usually get in there. That’s where our size carrier can really pull its weight.”

Global Shipping Outlook: A Sneak Peek at 2021
Port Performance North America: Managing Cargo Flow During a Pandemic — and Beyond
END_OF_DOCUMENT_TOKEN_TO_BE_REPLACED