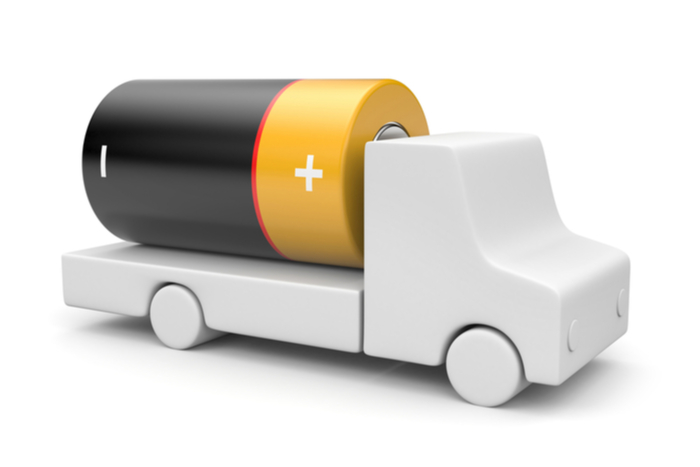 NEXT Trucking is leaning toward an electric solution to its zero-emissions pledge. Photo credit: Shutterstock.com.

NEXT Trucking’s next trucks are likely to be powered by electricity, natural gas, or hydrogen as the digital freight marketplace and asset-based carrier builds a zero-emissions fleet. The Los Angeles-based company plans to replace its existing fleet of diesel Class 8 tractors with zero-emissions trucks within five years, as California eyes stricter carbon emissions regulations.

Shippers might be surprised to learn that NEXT, a digital marketplace for drayage and truckload freight originating in Southern California, operates its own fleet of Class 8 tractors, but those assets are a critical part of the company’s business model, said Gary Kendle, head of operations. The fleet covers or “recovers” loads NEXT’s digital carrier partners can’t handle.

“Roughly we have about 87 trucks” based in Los Angeles, Kendle said in an interview Tuesday. “We have drivers running drayage in and out of the ports, and drivers who are running traditional over-the-road trips.” The asset fleet is a “safety net,” he said. “If somebody gives us a load and I can’t cover it in the marketplace, I may use an asset driver to ‘recover’ it.”

Although it doesn’t own any electric or natural gas trucks, NEXT is testing them. The carrier also plans to include charging stations at a new 18-acre yard 10 miles from the Port of Long Beach. “We’re going to put technology in that yard that is similar or even better to what we see in automated terminals,” Kendle said. “We’ll take this yard as a blueprint for other yards.”

The company is working with electric vehicle manufacturers, such as BYD and Tesla, to traditional original equipment manufacturers (OEMs), such as Volvo and Freightliner, laying the foundation for what likely will be an electric fleet, Kendle said. The company hasn’t ruled out natural gas, but Kendle believes some type of electric power is the long-term solution.

“Battery power is more scalable” than other alternative power sources, he said. The issue is building a more heat-resistant battery with enough charge to power a heavy-duty truck, and then to build the infrastructure needed to support that truck in real-world trucking. “You need the right grid, you need the right charging stations,” Kendle said. “The question is, who pays for that?”

Tech firm ‘disguised’ as a trucker

NEXT’s conversion to zero-emissions technology is partly driven by California emissions mandates, he said. The Clean Truck program at the ports of Long Beach and Los Angeles calls for zero-emission trucks by 2035. “We want to get there much earlier,” Kendle said. “We feel that 2035 is too far out. We’re committed to getting there by 2024.”

That’s largely because of NEXT’s unique identity as a digital freight marketplace with an asset-based division. “We may be disguised as a trucking company, but we brand ourselves as a technology company,” Kendle said. “We recognize what our trucks are doing to the air we breathe, and it’s natural to want to improve on that. It’s our brand and identity.”

The emphasis on brand and identity indicates customers, at the end of the day, are driving a change toward zero-emissions vehicles. Those customers include consumers pushing for more environmentally friendly products and services and major international shippers that want carriers to contribute to corporate carbon reduction strategies.

NEXT isn’t the only truck operator working to associate its brand with zero-emissions trucks or alternative power. Anheuser Busch this month said it will deploy 21 Class 8 electric BYD trucks in California, claiming the rollout will be the largest Class 8 electric truck deployment yet in North America. The deployment is a test project funded by the California Air Resources Board.

NEXT is interested in hydrogen-electric as well as battery-powered electric trucks, but “the technology isn’t necessarily on the street yet,” Kendle said. “It’s still in R&D [research and development], and it hasn’t been stress-tested at this point. The true electric truck has been stress-tested. Tesla is using their own trucks to move stuff up and down the I-5 corridor” in California, he added.

PepsiCo subsidiary Frito Lay said this month it would deploy 15 Tesla Class 8 tractors at its distribution site in Modesto, California, as part of a broader effort to replace all of its existing diesel-powered freight equipment with zero-emission and near-zero emission technologies. The $30.8 million project is funded by the state’s California Climate Investments program.

Kendle said NEXT is planning a technology adoption strategy that likely will begin with short-haul electric trucks and expand to include longer-haul vehicles. “The shorter haul has an immediate opportunity, while the longer haul is probably a little more problematic,” he said. “For the longer haul, the battery technology is not quite mature enough.”