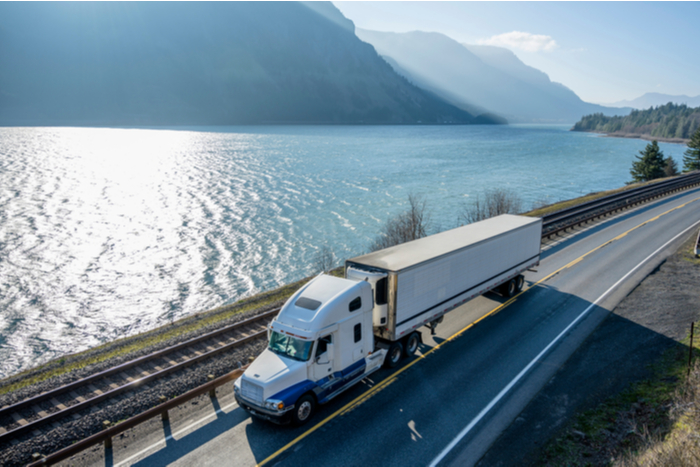 Large US truckload carriers stuck to plans to reduce their truck capacity in the first quarter, pulling the JOC Truckload Capacity Index (TCI) down for the fourth consecutive quarter after a 10-quarter capacity-building streak. The TCI dropped from a reading of 85.2 percent in the 2019 fourth quarter to 84 percent in the first quarter, as carriers either sold or parked equipment.

Some large truckload companies also eliminated capacity by reducing their number of owner-operators. Werner Enterprises, one of the carriers in the JOC TCI group, reduced its use of independent contractor trucks by 17.8 percent year over year in the first quarter, according to its earnings statement. The Nebraska-based carrier’s overall truck count only dropped 1.4 percent from a year ago.

While large carriers padded their fleets, small and mid-sized trucking companies ordered hundreds of thousands of trucks during the boom trucking market that began in mid-2017 and began to falter in the second half of 2018. Class 8 heavy truck and tractor orders broke a 14-year record in 2018, totaling approximately 482,000 units, according to FTR Transportation Intelligence.

Those trucks continued to roll off production lines and onto the road even as the market slowed and truck rates slipped in 2019. On an annualized basis, the JOC TCI continued to climb in the first half of 2019 as large carriers received new trucks. Class 8 registrations leaped nearly 30 percent in the five months of 2019, according to IHS Markit, the parent company of JOC.com.

The TCI represents change in tractor count at a group of companies fielding more than 23,000 tractor-trailers and is meant to capture and measure changes in capacity at large contract carriers. It may not reflect trends at mid-sized companies and smaller truckload fleets, which in many respects are a different operational segment of the overall trucking market.

The baseline for the index is the fourth quarter of 2006. After more than 10 years of economic recovery, the carriers represented by the index still have not rebuilt their fleets to the capacity level they offered before the recession of 2008-09. Their combined tractor fleet remains 14 percent below its fourth-quarter 2006 level. Only one of the carriers has surpassed its 2006 tractor count.

The two big questions on the minds of truckers and shippers are how many trucks will leave the market during the recession caused by the coronavirus disease 2019 (COVID-19), and will demand equal or outstrip the available supply of trucks in 2020? Despite initial optimism as the limited US lockdown is lifted, demand is likely to remain depressed at least through September.

“I appreciate the optimism we’re hearing out there, but some of these heavy industrial companies are really going to have a challenge,” Robert Nardelli, founder of advisory firm XLR-8 and former CEO of Chrysler, The Home Depot, and GE Power Systems told CNBC on May 19. “The biggest issue they’re going to face is getting that supply chain started.”

Shippers such as Procter and Gamble may see months of sporadic production suspension due to local quarantines or interruptions in raw material supply, Jon Moeller, the company’s vice chairman, COO, and CFO told investment analysts in April. That’s because suppliers, contractors, and transportation partners may be at different stages of restarting business.

With 36 million Americans seeking unemployment benefits and an unemployment rate expected to climb near 20 percent in May, consumers are not likely to begin spending on goods, especially high-ticket items, until hiring picks up again, and uncertainty surrounding the next phase of the COVID-19 pandemic is resolved, preferably by the debut of a vaccine.

Trucking executives claim a rationalization of capacity among smaller fleets is under way, and point to the bankruptcy of carriers such as Comcar Industries and many smaller companies. However, bankruptcies often lead to the transfer of capacity through acquisitions and auctions, rather than its elimination from the marketplace. Comcar is selling its carrier subsidiaries.

That means a scenario in which freight demand outstrips capacity, causing a “crunch,” is more likely in 2021 than in 2020. Nevertheless, companies such as Werner want to be ready. “I'm pretty excited about what the world looks like when the dust settles,” president and CEO Derek Leathers said in an April 29 earnings call. “We’re going to be ready to haul that freight.”