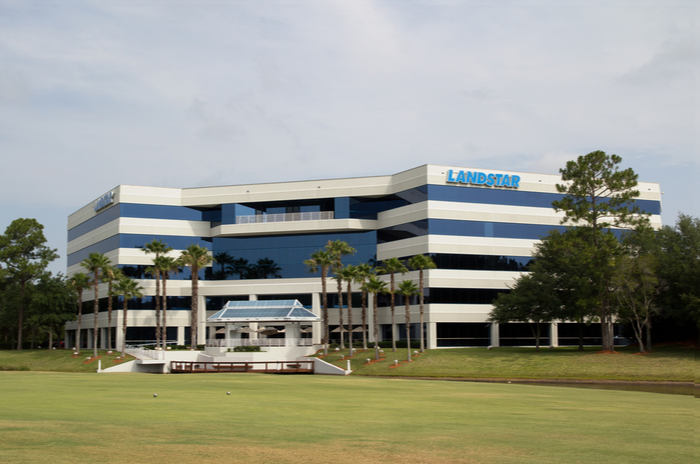 Landstar System promoted Robert Brasher to chief commercial officer with responsibilities to grow sales during a year when top-line results have been down from the record-breaking 2018. Photo credit: Shutterstock.com.

Robert Brasher, the newly appointed chief commercial officer of trucking broker Landstar System, will be tasked with finding ways to grow volume to offset trucking spot rates that have been falling steadily in the early part of 2019.

Landstar promoted Brasher to the post, effective June 3, to replace the retiring Patrick O’Malley, who will serve as a special advisor to CEO Jim Gattoni until February, the company said in a statement Thursday.

Brasher, who has been with Landstar for 19 years, most recently as an executive vice president of the company’s Western Field Division, will inherit a sales unit experiencing lower revenue on dwindling rates in the trucking market. According to truckload executives, truck rates hit record highs in 2018 because capacity was as tight as it’s been in more than a decade, but spot rates in April and May are more than 20 percent lower than a year ago, according to DAT Solutions, Truckstop.com, and a JOC.com analysis of shipper all-in rates on more than 115 lanes in the US.

Landstar’s first-quarter revenue per load fell 7 percent on dry-van truckload freight and 6.2 percent in less-than-truckload (LTL), despite volumes rising 1.5 percent in truckload and 5.7 percent in LTL.

Unlike C.H. Robinson, which negotiates more fixed contract rates with customers then purchases transportation on a spot basis, Landstar often works on a spot basis with shippers and drivers. When spot trucking rates are high, Landstar can charge shippers commensurate with how much it costs to secure a truck, whereas brokers working on contracts can be locked into a rate with a shipper that is below what it costs to procure. When spot rates are falling, as is the case this year, brokers working on contracts lock in rates with shippers that are higher than what it costs to find a driver, which results in higher margins and profits.

Without a majority of business on contracts, Landstar revenues are dropping in the current environment because shippers can take advantage of truck rates being lower.

“My expectation is that pricing conditions for truck services in the 2019 second quarter will continue to come under pressure with little change in the level of truck capacity available in the marketplace,” Gattoni said in announcing the company’s first-quarter earnings. “Assuming those capacity market conditions continue throughout the rest of the second quarter, I expect 2019 second quarter truck revenue per load to be lower than the 2018 second quarter in a high single-digit percentage range.”