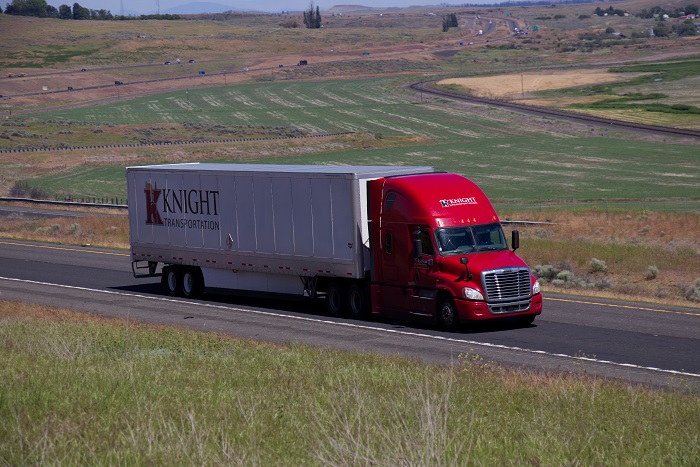 Knight-Swift Transportation Holdings purchased Abilene Motor Express Friday, an acquisition that will merge a family-owned business on the US East Coast into a company founded by Kevin Knight.

Abilene Motor Express, based in Richmond, Virginia, was owned by the Jones family, consisting of CEO Keith Jones, president Kolen Jones, and vice president Alan Jones. The carrier operates about 450 trucks with most of its business in the dry van and refrigerated space.

One of Abilene’s specialties is transporting equipment to supermarkets before their grand opening. It also delivers dairy products and other assorted groceries to chains such as Harris Teeter, Publix, Lidl, Aldi, Wegmans, and others. Abilene’s main service territory was in the Midwest along the Route 40 corridor and in the US Mid-Atlantic and Northeast.

Terms of the deal were not disclosed, but Abilene generated about $100 million in annual revenue and had an operating ratio in the low-90s, putting its operating income just shy of $10 million, according to a filing with the Securities and Exchange Commission.

For Phoenix-based Knight-Swift Transportation, the transaction bolsters its service offerings to shippers on the US East Coast.

“In our view, the acquisition of Abilene Motor Express fits the profile and strategy for growth within KNX's [Knight-Swift's] asset-based truckload operations, with emphasis on asset-based fleet growth moving forward to be predominantly through acquisitions and underscores KNX's growth potential of 10 percent plus annual revenue growth longer term,” wrote Robert W. Baird & Co. analyst Ben Hartford in an investors note.

The acquisition by Knight is the latest on a busy six-month period for the Knight executive team. Earlier this month, the company announced a monthly driver bonus based on mileage and safety metrics. In September 2017, it closed a merger with Swift Transportation. Knight-Swift is also confident about getting rate hikes from shippers during the 2018 contract bid season, which is still ongoing.

“I think from our early interactions with our customers on the bids, there seems to be an understanding that in this upper single digit, in some cases the lower double digits, that that is largely where the committed market appears to be or appears to be heading,” Knight-Swift Transportation Holdings CEO Dave Jackson said on an earnings call Jan. 30.