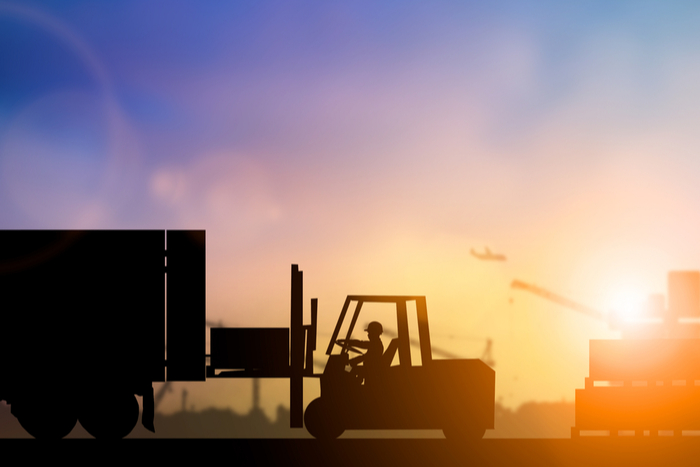 The COVID-19 pandemic is still the key to how quickly the US economy will recover, said IHS Markit chief economist Nariman Behravesh. Photo credit: Shutterstock.com.

The surging COVID-19 pandemic will remain a drag on the US economy, slowing the country’s emergence from a short but severe recession and postponing a full recovery until 2022, Nariman Behravesh, IHS Markit chief economist, said in a JOC Uncharted commentary Wednesday.

The pandemic will determine the course of the economic recovery until a vaccine is developed, which may not be until sometime in 2021 or even later, Behravesh said. That means plenty of “ups and downs” rather than a V-shaped US economic recovery.

“The path the economy is going to take will depend crucially on what will happen with the virus”, rather than on factors that typically would guide a recovery, he said. IHS Markit projects a 20 to 25 percent chance for a W-shaped recovery, one with a second, less serious, downturn.

“We’ve seen a very short, but very deep recession, the worst in 75 years, an event that is causing all kinds of damage and pain,” Behravesh said. He acknowledged the US economy “bounced back” toward the end of the second quarter, but said that resurgence will fade.

“What we’re seeing is that a lot of high frequency indicators show a bounce that occurred in May and early June, but the bounce then faded,” he said. The indicators Behravesh cited include IHS Markit’s composite purchasing managers indexes (PMI) and its materials price index.

Those indexes rose steadily from the beginning of May through the middle of June, “and then they topped out,” Behravesh said. “That had to do with the number of infections picking up again,” as many southern and western states rolled back COVID-19 restrictions, he said.

The bounce back up for those indices and other economic indicators has not been as high as the initial drop in March and April. “Stimulus occurred early on, in a good and big way, but a lot of that is beginning to fade, too,” Behravesh said. “We’re looking at a very difficult situation.”

For US shippers, importers, and exporters, that forecast suggests caution in budget planning and negotiating contracts with all types of freight carriers, and avoidance of too much exuberance amid temporary spikes in economic activity that are likely to occur.

Unemployment numbers are an underlying reason for caution. Although the unemployment rate has dropped from 14.7 percent in March to 11.1 percent in June, the jobless rate and the number of unemployed are still up 7.6 percentage points and 12 million people from February.

“You’ve had households and businesses whose finances have been absolutely clobbered,” Behravesh said. “The only counterweight to that is the stock market, but tough household and business finances mean spending is going to be slow in coming back.”

What is more, many of those households will soon lose the stimulus received in the form of expanded unemployment benefits under the Coronavirus Aid, Relief, and Economic Security (CARES) Act. Those benefits, worth an extra $600 a week, expire July 31.

For the full year, US real gross domestic product (GDP) will drop 6.1 percent, with US unemployment staying above 10 percent through the third quarter, according to IHS Markit, the parent company of JOC.com. Global GDP is predicted to fall 5.5 percent from 2019.

The recession will be worse in Europe, with the eurozone economy contracting about 9 percent and the United Kingdom’s GDP falling by 12 percent, IHS Markit predicts. Japan’s recession will also be deep, with GDP decreasing 5.2 percent, and emerging markets will fare worse.

China is already beginning to recover, having been the first country hit by COVID-19 and an economic shutdown in the first quarter. But its recovery will be hobbled by a lack of global demand, Behravesh said. “You can’t export much to the rest of the world,” he said.

Retail sales not all equal

In the US, the continued spread of COVID-19 is already leading some states that loosened restrictions on gatherings and businesses to roll back their reopenings, at least temporarily. The second round of COVID-19 closures, Behravesh said, will not be as pervasive as the first.

US retail sales have made a strong recovery, fueling truck freight in June and early July, but they also have shifted. In June, total unadjusted retail sales were up 2.3 percent over a year ago, according to preliminary Census Bureau data. But non-store sales fared better than in-store sales.

Food and beverage stores increased sales 11.4 percent from a year ago in June, but restaurants and bars saw sales decline 26.8 percent year over year as many restrictions on indoor dining and bars remained in place or were reintroduced.

Many brick and mortar retail categories, including electronics, furniture, and clothing saw sequential monthly improvements from low points in April, but not year-over-year gains. These Census Bureau statistics point to an underlying shift in how and where consumers spend.

That shift may indicate why truck demand is strong in certain sectors, but not others. E-commerce and in-store retail goods alike move to warehouses and distribution points by truck, whether truckload or less-than-truckload, as well as by parcel carrier.

That is why some trucking companies are experiencing a “V” recovery, while much of the broader economy is not.

Then there are areas of the economy where spending just is not happening. “Airlines, hotels, cruises, conventions, all this stuff is not going to happen in 2020,” Behravesh said. “The worst is probably behind us, but we’re not out of the woods yet.”