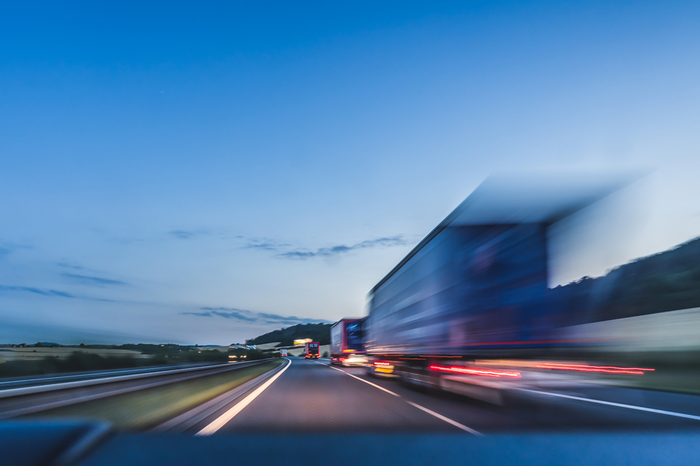 US shippers should expect market pressure on truckload contract rates to continue at least into the first or perhaps second quarter of next year, as freight demand remains high and an imbalanced recovery keeps spot demand and rates elevated, speakers on the JOC Inland Distribution Webcast said Wednesday. That “imbalance” itself is fueling price hikes, they said.

“There were winners and losers, and that means there was an imbalance,” said Chris Caplice, chief scientist at DAT Freight & Analytics and a senior research scientist at the Massachusetts Institute of Technology; he was speaking during a panel discussion on the North American Freight Outlook.

“Even in retail,” which has driven the recovery, “I can see winners and losers,” Caplice said.

Among the losers, at least initially, were industrial manufacturers who have lagged the retail sector recovery. “Industrial plummeted into the summer, and it’s picked up since then,” Caplice said. The IHS Markit US manufacturing purchasing managers index (PMI) rose to 53.4 in October, which was the fourth consecutive month of expansion for the industrial benchmark.

Still in the negative column are restaurants, food services, theaters, and those brick-and-mortar retailers that have not been able to adapt to the e-commerce retail explosion. Anyone remotely connected with e-commerce and both durable and non-durable retail goods is a clear winner. Retailers' need to restock depleted inventories of consumer goods has been the key.

“Pent-up demand has come back quickly, and that’s lifted freight markets,” said Paul Bingham, director of transportation consulting at IHS Markit. “This is the story about why freight is strong, even though we have an economy that has pockets of tremendous weakness in it. Goods orders and shipments now exceed the pre-pandemic trend.”

Small businesses of all types are also among the “losers” of this recession, Bingham said. “There was a tremendous drop in small business activity in March, a 50 percent drop, and they’re still suffering enormously even through September, with activity down 25 percent year over year,” he said. “Some of these small businesses have closed permanently.”

One reason truckload contract rates have not risen as quickly or as high as might have been expected is that contract volumes had not risen above year-ago levels until October, Caplice said. For the first nine months of 2020, the American Trucking Associations’ For-Hire Truck Tonnage Index, which mostly represents contract freight, was down 3.3 percent year over year.

Caplice said the imbalance in the truckload market, with demand from certain customers high and other customers low, throws more freight into the spot market. Spot market volumes in October increased more than 120 percent year over year, while contract truckload volumes increased only 3 percent, he said, and had been negative on an annualized basis all year.

At its low point, “year-over-year volume for contract truckload went down about 10 percent, while spot went up dramatically,” Caplice said. “Spot is only about 15 to 20 percent of total volume, but an increase in volume affects things disproportionately. Volumes in some lanes are dramatically higher, some are lower. Spot trucks aren’t spread across lanes like peanut butter.”

The slower recovery in some sectors explains why contract rates have been slow to follow soaring spot rates, which increased 50 percent on average from May through October, according to DAT. Along with heightened retail and e-commerce demand, the imbalance also helps explain why spot rates rose for 19 consecutive weeks, Caplice said.

As long as that imbalance lasts, pressure on contract rates will persist, perhaps into the first or second quarter of 2021.