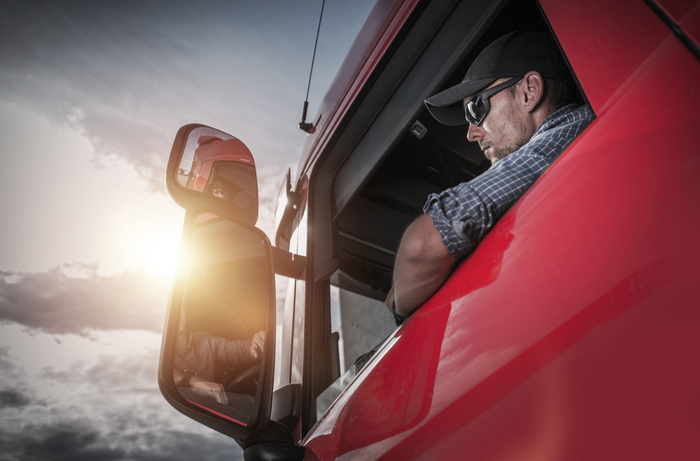 Driver pay is a problem that won’t go away this year or next, according to ATRI. Photo credit: Shutterstock.com.

Trucking faces challenges old and new as it rolls toward a new decade, but most of them revolve around one of the industry’s oldest problems: finding and keeping truck drivers. And as the cost of doing that rises, more pressure will come to bear on the rates truck shippers pay.

For the third straight year, a truck driver shortage topped the list of trucking’s 10 most critical issues, as determined by a survey of more than 2,000 trucking operators by the American Transportation Research Institute (ATRI). The survey results were released Monday.

The fifth item on ATRI’s list was truck parking — again a truck driver-related issue — while the sixth-most important issue was driver retention. The third, fourth, and fifth problems ATRI listed are all issues contributing to higher truck driver turnover and lower retention rates.

Ranked seventh on the list was the electronic logging device (ELD) mandate, a rule that took effect in 2017. The final phase of the rule, which requires truck drivers to use ELDs rather than paper logbooks to record hours of service times, will be implemented in December.

It’s not until the bottom of the list that problems not directly involving truck drivers are mentioned: the US Compliance, Safety, Accountability (CSA) program; transportation infrastructure, congesting, and funding; and, in last place, the United States economy.

The Federal Motor Carrier Safety Administration (FMCSA) earlier this year delayed implementation of its Entry-Level Driver Training (ELDT) rule. The agency also is reviewing a proposed rule that would add more flexibility to the hours-of-service regulations.

With seven of the top 10 concerns involving truck drivers, and more driver issues emerging, a reassessment of how to recruit, pay, and retain truck drivers would appear pressing. ATRI pointed to several policies designed to do that, some of them controversial.

For example, supporting legislation that would allow 18- to 20-year-olds to drive trucks across the country. “The aging demographics of the trucking industry’s workforce puts significant pressure on the industry to increase the available pool of qualified truck drivers,” ATRI said.

The two new issues on this year’s list — driver compensation and detention — spotlight the biggest problems trucking faces in overcoming its perennial driver problem. One reason compensation is a concern is carriers are “significantly increasing” driver pay, ATRI said.

Truck driver pay rose close to 10 percent on average last year, with 20 percent of motor carriers that increased pay doing so more than once, an “unusual” number, according to the National Transportation Institute (NTI). Trucking companies may have to hike driver pay consistently if they want to improve retention and resolve what ATA claims is a shortage that could expand substantially in the 2020s.

“While drivers are benefiting from increased pay, there is concern that driver compensation has not kept pace with inflation and that drivers are not compensated adequately for non-driving duties such as detention wait times,” ATRI said in its report.

Excessive detention of drivers by shippers or receivers has been an issue for years, drawing attention from the Obama administration, but it exploded last year as freight demand rose and truck capacity tightened. Although reducing detention is a goal of “shipper of choice” programs, detention has increased, ATRI says.

ATA says the truck driver shortage hit a peak of 60,800 drivers last year, as freight demand soared in the first half and the ELD mandate cut into trucking productivity. For 2019, ATA estimates the shortage will shrink to 59,500 drivers.

For-hire trucking employment actually dropped by 4,200 employees month to month in September, the second consecutive monthly decline, as the US unemployment rate declined to 3.5 percent. Couriers and messengers added 4,000 jobs from August to September.

Many of those drivers are not working at large truckload carriers or less-than-truckload (LTL) carriers, FMCSA data indicates. The number of drivers employed by smaller carriers, especially one to six truck fleets, is growing more rapidly than the driver pool of larger companies.

Motor carriers have apparently had trouble hiring drivers for more than 100 years, going back to a 1914 article in The Traffic World that reported “nearly all employers complain of the great difficulty of securing drivers who are competent and who will work handling freight aside from those who drive horses.”

Truck owners, that report suggested, “must expect to pay for the services of men who are worthy and are willing to promote the interests of their employers.” That’s apparently still as true as it was in former president Woodrow Wilson’s day.