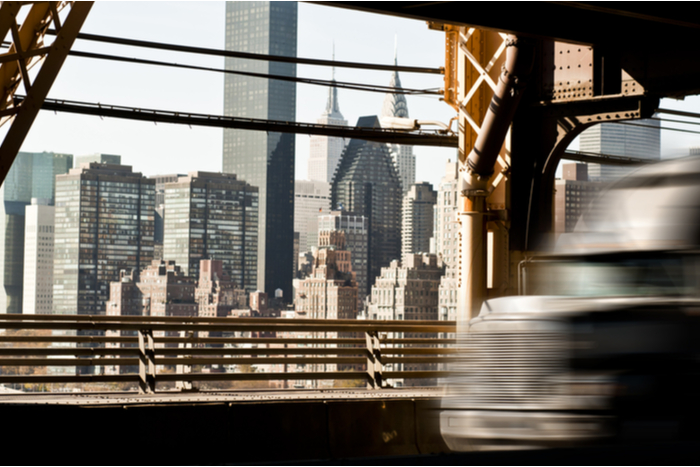 New data is documenting just how much US trucking activity is slowing amid the COVID-19 pandemic and related business closures. An analysis of satellite-generated truck location data reveals a decline in activity ranging from 8 percent to more than 10 percent in April compared with early February, the American Transportation Research Institute (ATRI) said Wednesday.

The data provides an early indication of just how steep the surge and subsequent drop in trucking activity has been over the past two months. In March, the pandemic split the trucking industry into those hauling essential goods such as food, paper products, and medical supplies and those hauling anything else. In April, the drop in non-essential shipments has caught up with carriers.

Since 2002, ATRI has received location data from more than a million trucks operated by diverse fleets across the United States. The data regularly helps ATRI identify highway bottlenecks and assess US infrastructure needs. Now that data is being used to generate trucking activity indexes and measure freight flow during the COVID-19 pandemic.

The data provides a view into “what is going on in the economy and the trucking industry right now,” ATRI president and COO Rebecca Brewster said. “We knew from talking to drivers and carrier executives that there were significant impacts on operations as a result of COVID-19. By analyzing this data, we are able to put numbers and data to feelings and anecdotes.”

New York, currently the epicenter of the pandemic, saw a stronger mid-March surge, with trucking activity rising 3.9, 5.3, and 4.4 percent in the weeks between March 1-21. But the state’s trucking activity index slipped 17 percentage points from March 14 to April 5, and as of April 18 was 10 percent below Feb. 9 levels, although it increased slightly in the last week.

Pennsylvania, a major distribution base for the Northeast, saw trucking activity rise 5.5 percent from Feb. 9 to March 21, and then fall to a point 8.4 percent lower than Feb. 9 by April 18. Despite being a major consumer market, Florida only saw a slight 1.3 percent increase in March and then a 14.9 percentage point plunge through April 18.

The decline in activity in late March through mid-April underscores the toll of widespread shutdowns of non-essential businesses on both trucking and the US economy. In March, a study of the GPS data showed trucks were moving faster through areas that normally would be congested, the result of stay-at-home orders and quarantines that reduced traffic.