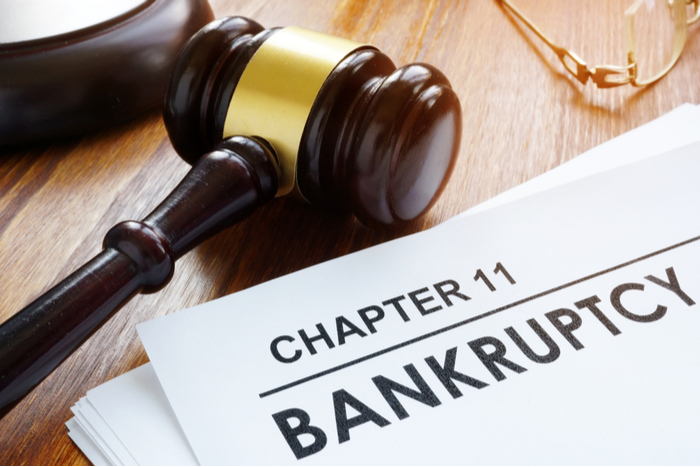 Celadon’s shutdown affected about 2,500 drivers — most of whom will be in high demand at other carriers. Photo credit: Shutterstock.com.

Celadon Group’s closure Monday may be the largest truckload bankruptcy on record, but its impact on US shippers — except for those with direct ties to the carrier — will be small, as competing carriers rush to replace its services and hire the company’s truck drivers, observers say. Overall, any impact on US truckload capacity and service is expected to be temporary.

The truckload carrier’s shutdown comes days after two former executives were indicted in an alleged fraudulent scheme that saw Celadon shareholders lose more than $62 million in a single day in May 2017 when news of the fraud became public. That scheme — not this year’s economic slowdown — ultimately set Celadon’s demise in motion, a transportation analyst said.

The biggest impact from the shutdown may register in Mexico, far from Celadon’s Indianapolis headquarters. Celadon was a major cross-border truckload carrier, with six facilities in the Mexican interior. “There’s going to be less and less US equipment available in Mexico,” said Troy Ryley, president of Redwood Mexico at Chicago-based Redwood Logistics.

For the United States in general, however, “from a capacity standpoint, I don’t think it makes a bit of difference,” said Shepard Dunn, ex-CEO of Bestway Express and former vice president at Freymiller and Contract Freighters (CFI). “I don’t think there is a big boom of business going back into the market that is going to make a big impact” on pricing.

Celadon is a big carrier — the 16th-largest truckload company in 2018, according to transportation research firm SJ Consulting Group — but Celadon’s revenue and its trucks and drivers are a drop in the truckload bucket. The American Trucking Associations (ATA) estimates total US for-hire truckload revenue reached $356.4 billion in 2018; Celadon would account for 0.2 percent of that revenue.

As of Nov. 29, Celadon operated 2,771 tractor-trailers and had 2,533 drivers, according to the latest data submitted by the company to the Federal Motor Carrier Safety Administration (FMCSA). The Bureau of Labor Statistics (BLS) estimates there were 1,800,330 US heavy-truck and tractor-trailer drivers in 2018, with about 880,710 engaged in long-haul trucking.

Celadon’s drivers represent about 0.3 percent of the latter number, and the company’s experienced drivers are likely to find new work quickly, as truckload carriers in particular claim to be suffering a shortage of qualified drivers. The ATA estimates truckload carriers could use 59,500 additional drivers to move freight in 2019 and expects that number to swell.

The bankruptcy means other big carriers will keep getting bigger as they absorb Celadon’s customers and revenue. The 25 largest US truckload carriers, including Celadon, increased their combined revenue 25 percent between 2012 and 2018, when the combined total reached $31.9 billion, according to SJ Consulting Group.

“This is the first truckload carrier of this size in my 30 years in the industry to be filing bankruptcy, but I don’t think it’s going to have a material impact,” said Satish Jindel, president of SJ Consulting Group. “They had $762 million revenue in 2018, but they’ve been shrinking rapidly.” SJ Consulting conducts its own analysis of public and privately owned carrier revenue.

Celadon claims its current revenue is between $100 million and $500 million in a Ch. 11 bankruptcy filing, a copy of which was obtained by JOC.com. The Indianapolis-based company also reported it has assets of $427 million, debts of $391 million, and alerted the US Bankruptcy Court in Delaware it should have funds available to distribute to unsecured debtors.

Celadon owes the US Justice Department $33 million, the unpaid portion of a $42.2 million settlement of the federal investigation into accounting fraud, which was the main catalyst leading to the company’s bankruptcy. Other large creditors include Pilot Travel Services and Comdata Corp., which relates to unpaid fuel bills totaling a combined $5.3 million.

From fast-growing carrier to failure

The bankruptcy is a sad end for what was once one of the fastest-growing US trucking companies. The late Steve Russell founded the company in 1985, hauling auto parts to a factory in Mexico. Under his leadership, the company’s revenue rocketed, reaching a reported $1 billion in transportation and logistics revenue by the time Russell died in 2016, a figure that was later withdrawn.

The shutdown affects Celadon Group and 25 affiliate entities — many of them acquisitions made as Celadon grew rapidly. One of those subsidiaries, Taylor Express in North Carolina, will remain open while Celadon explores a sale of its operations. Celadon CEO Paul Svindland blamed Celadon Group’s closure on “legacy and market headwinds.”

“Celadon has faced significant costs associated with a multi-year investigation into the actions of former management, including the restatement of financial statements,” Svindland said in a statement Monday. The company announced in May 2017 that its financial statements for fiscal 2016 could no longer be relied upon, and later extended its review to fiscal 2015 and 2014. Celadon’s stock plummeted as a result; its per-share price was at 3 cents Monday.

“When combined with the enormous challenges in the industry, and our significant debt obligations, Celadon was unable to address our significant liquidity constraints through asset sales or other restructuring strategies,” Svindland said. “In conjunction with our lenders, we concluded that Celadon had no choice but to cease all operations.”

Jindel placed the blame squarely on the company, rather than the marketplace. “This is not about the freight recession, that’s absolute trash,” he said. “It’s nothing but bad fortune the two insiders caused all these problems and it took so long to bring this to light. They were spending millions of dollars on forensic accountants. So this bankruptcy is very company-specific.”

The insiders Jindel mentioned are William Meek and Bobby Peavler, the former chief operating officer and CFO, respectively. Meek and Peavler were indicted in the US District Court of the Southern District of Indiana last Thursday for overseeing a complex securities and accounting fraud scheme that resulted in a loss of more than $60 million in shareholder value.

Where shippers will feel the pain

Shippers may face delays in freight delivery or lost freight, depending on how chaotic the closure becomes. News reports indicate some Celadon drivers already may have been stranded when their fuel cards stopped working.

The shippers most likely to feel temporary pain are those that use Celadon as a primary truckload carrier, and those in Celadon’s core business, which was Mexican cross-border automotive freight. The carrier claimed to make 150,000 border crossings a year. Its oldest customers included Chrysler Corp. and Bridgestone Corp., but it also serviced most of the big Detroit automakers.

Dunn believes most shippers placed Celadon low enough in their routing guides that only low-priority, low-value freight would potentially be stranded. Shippers can file an insurance claim to recover their costs. Celadon said its lenders have agreed to provide incremental debtor-in-possession financing to support an orderly wind-down of operations.

Many shippers have already been shifting freight to other truckload carriers, as Celadon’s declining revenue shows. The company’s troubles, and its attempts to secure additional financing, have been openly discussed for two years as the company changed its executive team and attempted to secure financing during internal and external investigations.

Shippers that used Celadon for US-Mexican freight will find fewer competitors in cross-border lanes. Truckload carriers US Truck, US Xpress, and Covenant Transport ended service to the Mexican interior this year. That’s creating more opportunity for companies such as Werner Enterprises, CFI, and Swift Transportation. “This is becoming a trend now,” said Ryley.

PAM Transport could also benefit because of its auto exposure. “The major motor carriers haul for all the Fortune 100 companies, so they’ll pick up a few extra loads on a weekly basis and the rest will fall into the market and be quickly covered by small carriers,” Dunn said.

US shippers engaged in cross-border trade may temporarily face higher rates for direct service, or they may transload more freight in Laredo, Texas, the largest US border crossing. However, the impact on overall truck capacity in the US from the Celadon shutdown will be negligible.

Stephen Silverman, a retired trucking executive who ran Raven Transport for more than 30 years, said the Celadon bankruptcy won’t have as much impact as some might think. “Those drivers are going to find homes,” he said. “Those trucks are going to be sold to somebody in the used truck market, even if that takes a little longer to happen.”

As a result, capacity doesn’t really exit the market: It is “realigned,” Silverman said. Plenty of companies, he said, have trucks sitting parked against the fence right now. They can hire Celadon drivers and put them to work without having to purchase new equipment.

The bankruptcy is not expected to have a broad impact on truckload pricing, which has remained depressed in 2019 despite an increase in the number of carrier failures. “For the customers who were using Celadon, which may have had some aggressive pricing, they may see a mid-to-high single-digit increase in their pricing,” said SJ Consulting’s Jindel.

“But it’s not going to affect other customers in the truckload space,” he said. Shippers, he pointed out, are far from running out of options when it comes to truckload carriers.