ARO 2020: US truckload carriers search for a turning point

ARO 2020: US truckload carriers search for a turning point 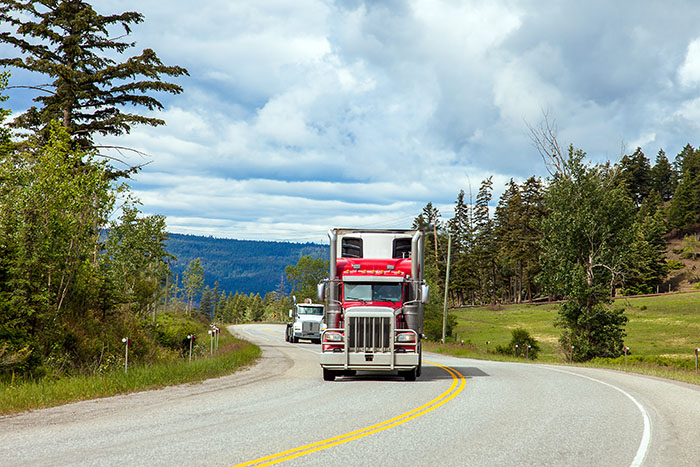 Truckload carriers in the United States will look for some healing in 2020 after a bruising 2019, and they may get it by the middle of the year. There were indicators in the fourth quarter that truck pricing is poised to turn up again. US shippers should keep that possibility in mind as they plan annual trucking contract talks, most of which take place in the first quarter.

Contract rates, however, probably will remain negative year over year through bid season and the first quarter, Coyote said, and will only rise gradually as spot rates climb. “Shippers can anticipate primary tender acceptance erosion by Q2 2020, which would mean more unplanned exposure to the spot market,” the 3PL warned.

How big a price swing in truckers’ direction shippers ultimately experience will depend on supply (of trucks and drivers) and demand (for freight). But with economists predicting another year of below-trend growth, it’s unclear where the economic stimulus that would generate higher freight demand might come from. IHS Markit, parent company of JOC.com, forecasts a 2.1 percent annual expansion rate for the US economy in 2020.

Rate hikes, DAT believes, will be spurred by tighter capacity. “Capacity has been exiting the marketplace,” the company said. “More motor carriers closed their doors in the first half of 2019 than in all of 2018, according to the US Bank Freight Payment Index.” Expanded use of electronic logging devices (ELDs) also will constrain capacity, DAT suggested.

How much capacity must exit the market before supply and demand move back to a closer alignment? Some experts believe truckload capacity and freight demand already are closer to an equilibrium than they’ve been since 2017 and that a surge in demand could tip the balance. Others think trucking’s supply-demand gap will take more time to close.

There’s no doubt that truckload capacity has been exiting the market, but capacity also has been entering the market. More than 21,000 new motor carriers registered with the US Department of Transportation as for-hire, active carriers from June 2018 through June 2019. More than 16,500 of them were one- to six-truck fleets, according to QualifiedCarriers.com.

“Persistent oversupply of capacity” is how Schneider National CEO Mark Rourke described 2019 in a third-quarter earnings call. He said 2019 “has lacked the typical seasonal patterns of capacity tightening due to things like spring, produce, or summer beverage seasons.” Schneider did see a pickup in September and October, but Rourke characterized it as “well below the frothy conditions of last year.”

Slamming on the brakes

Truck orders and production are about to drop after two booming years. In 2019, US and Canadian companies bought between 310,000 and 320,000 Class 8 trucks, according to Paccar, which makes Kenworth- and Peterbilt-brand trucks. The manufacturer expects Class 8 retail sales in 2020 to drop to a range of 230,000 to 260,000 trucks, which it said is “in line with normal replacement demand.”

Going into 2020, “there is a bit more tension around the supply side,” Rourke said. If rates are to increase next year, “the supply side will be the key catalyst.” Shippers can expect large truckload carriers such as Schneider to manage capacity carefully. That may mean a reduction in fleet sizes — already under way at some large companies — or very targeted additions.

“I wouldn’t see us, at this juncture, putting a lot of growth into the for-hire network,” Rourke said. “It would be more in those specialty areas,” such as dedicated carriage and bulk tank truck.

The JOC Truckload Capacity Index (TCI) confirms large carriers have curbed their previously rapid fleet expansion. The JOC TCI carriers increased their combined tractor count only 0.7 percent year over year in the third quarter, in effect barring the gates against new trucks. That compares with an annualized tractor count increase of 9.1 percent in the first quarter.

Trucking companies aren’t likely to cut their way to pricing power. And the rate increases predicted by DAT, for example, are a far cry from the double-digit pricing surge of 2018. What seems to be taking shape is a more normal truckload market in 2020 after two highly abnormal years in 2018 and 2019 — barring an economic recession that, while possible, is not expected.

One challenge remains for all carriers: finding and keeping an adequate supply of experienced, qualified truck drivers. Various factors, including a national drug test information clearinghouse and rising insurance rates, will keep pressure on carriers to raise truck driver wages and experiment with apprentice programs to attract potential younger drivers.

Whether a carrier has three trucks or 3,000, good drivers apparently are difficult to find. The rising cost of recruiting and keeping them ultimately will rebound to the shipper in the form of higher rates, even when freight demand is soft. Shippers can expect rising operating costs to be flagged by providers as the predominant reason for truckload rate increases in 2020.