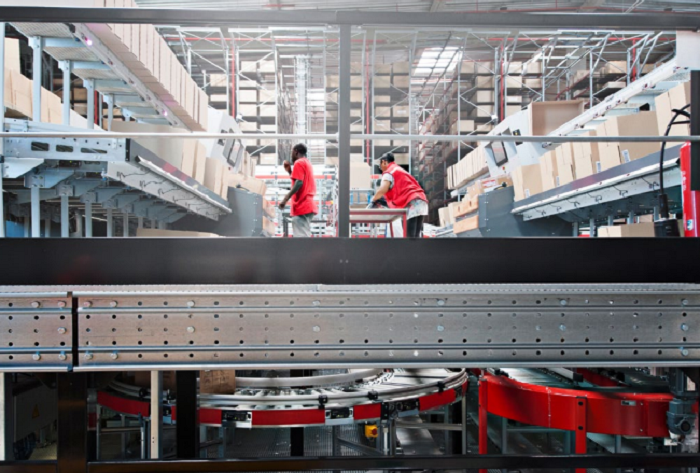 A dynamic, demand-based pricing system similar to those used by airlines and hotels is one part of a broader plan that would affect how freight is shipped in the US LTL market. Photo credit: XPO Logistics.

In the near future, shippers asking XPO Logistics for less-than-truckload (LTL) rates will receive price quotes more like what they’d get from an airline booking system or hotel than a traditional LTL quote. XPO is preparing to inject artificial intelligence (AI), including an AI-driven demand-based pricing system, into its LTL operations, and to make that switch in a two-year timeframe.

If XPO follows through, that will be a ground-shaking gamechanger for LTL pricing. The LTL industry has possibly the most complex pricing model offered by any transportation mode. LTL pricing today is based on several classification characteristics, including dimensions, stowability, and density; complex company tariffs and rules that often date back decades; and discounts.

In terms of revenue, XPO is one of the top three US LTL carriers, ranking second after FedEx Freight in 2017 on the JOC.com list of the Top 25 LTL Trucking Companies and competing neck-to-neck with Old Dominion Freight Line (ODFL) for the number two spot this year, according to SJ Consulting Group data. A major change in pricing at XPO would reverberate across the sector.

XPO’s announcement is a big step for the use of AI in transportation, and it comes as more logistics technology providers race to build machine learning and AI into their platforms. The end goal is to create more efficient, self-running supply chain processes, speakers said at the JOC Logistics Technology Conference in Las Vegas this week.

“AI is really about the ability to process tons of information that a human otherwise could not do,” Jack Oney, CEO of Oney Consulting and a former Procter & Gamble logistics executive, said at the conference Oct. 29. “AI is going to do a lot more than blockchain will ever think of doing. It’s about driving decisions based on hundreds of otherwise disparate data sources.”

The merits of blockchain aside, AI and machine learning are technologies many think can be deployed to help automate processes from pricing to carrier selection to load planning. “There’s a lot of structured data in logistics where you can supercharge analysis with machine learning,” Alex Hoffmann, managing director and co-founder of TNX Logistics, said at JOC LTC.

“We think of AI as a way to have human decision making be enhanced by the computer,” said Hoffmann, whose European-based company offers trucking optimization software. “The idea of more dynamic floating contracts [using AI] … that’s something I see on the horizon,” said Matthew Harding, vice president of the Freight Market Intelligence Consortium at Chainalytics.

The use of AI to create a dynamic demand-based pricing system for contract as well as general tariff pricing is exactly what XPO is aiming for. “We will use real-time supply and demand data, looking at the availability and utilization of our capacity and the requirements coming in from our customers to give prompt responses to RFPs [requests for pricing],” Jacobs told JOC.com.

“If you look at the airlines or hotels, they’re not using two-week-old information to give you quotes, they’re not generalizing,” he said. “They’re using real data based on what’s in their systems now, looking at seasonal patterns, whether it’s the end of the quarter, how things are tracking previous years. And based on that they’re raising and lowering pricing by the minute.”

At XPO Logistics, “we’re going to be doing that,” he said. “We’re on a path to fully doing that over the next two years. We’ve been pilot testing and beta testing and working out the kinks and enlarging the nexus of where we’re applying this in a very disciplined way. It’s going to take us two years to perfect the system and train everyone. But it’s not going to take us five years.”

Jacobs noted that he’s had experience with demand-based pricing in his former role building the network of construction and equipment-related businesses that became United Rentals. “Did we figure the right price based on what our competition was doing? No, we based it on how much utilization our fleet had, where our equipment was being used, all done by computer.”

As Jacobs stated, demand-based pricing is one of four areas where XPO plans to use AI-driven software to fuel improvements in LTL revenue, profit, and efficiencies. The first is load planning. “The pallets come into the crossdock and the computer tells us what’s the optimal trailer to put them in and the optimal sequence to load the trailer,” he said. “That maximizes efficiency.”

Next comes AI-based LTL linehaul planning to more logically schedule and move freight between terminals in intercity runs. “We’ll use an advanced linehaul algorithm to create more direct loads,” he said. Today, “you wind up with a lot of wasted [linehaul] miles. We’ll use these AI-driven tools to create more direct loads and get freight where it needs to go more efficiently.”

Finally, XPO will use an AI-based system to dynamically optimize local pickup and delivery routes. “Right now, for most LTL companies, once the [pickup and delivery] plan is made in the morning, that’s pretty much it; it’s static,” he said. “In the future, we’ll be looking at traffic patterns and incorporating information to account for changes all day long, so it’s dynamic and efficient.”

XPO is very much aware of ODFL's competitive challenge. When XPO acquired Conway in 2015 and began transforming its LTL operations, ODFL was a model for what Jacobs wanted to see in his LTL company. “When it comes to operating ratio, Old Dominion is a few points better than us, but we’ve come a long way from where we were in the mid 1990s,” he said.

ODFL also has an edge in equipment utilization — about 20 basis points, according to Jacobs. “We’re going to catch up by using AI to price our capacity based on utilization and demand.”

Demand-based pricing could be the most disruptive idea to hit LTL trucking in a long time, and it has risks as well as benefits. One risk is that shippers, known to be resistant to already existing alternatives such as dimensional pricing, will be reluctant to adapt. But there are benefits for shippers in demand-based pricing, too, said Satish Jindel, president of SJ Consulting Group.

“Machine learning, [AI], and data analytics make it feasible for shippers to predict their needs for LTL service and share those details with carriers,” he said. “For carriers, that provides productivity gains” and cuts costs. Shippers will be rewarded with better pricing, Jindel suggested, “for helping carriers match capacity with demand in their entire network.”

Technology in other sectors, too

Technology is helping to drive profitability and revenue in other sectors of XPO as well, including truckload brokerage, last-mile/last-touch, and contract logistics. Freight brokerage revenue in North America jumped 17.6 percent to $739.1 million in the quarter, while last-mile logistics sales rose 11.9 percent to $271 million. Total logistics revenue rose 13.1 percent to $1.5 billion.

In brokerage, a dynamic freight-matching algorithm developed for the XPO Connect digital freight marketplace boosted truck revenue 30 percent, Jacobs said. “We launched XPO Connect from scratch in April and now have more than 13,000 carriers” in the marketplace. In October, XPO Connect was expanded to include digital counteroffers to bids carriers turn down.

The deployment of thousands of robotic “cobots” in XPO’s North American and European warehouses is under way. “We’re already seeing efficiency improvements,” said Jacobs. It’s a win for our customers, its a win for our employees, because it’s safer, and they have less lifting to do and fewer injuries, and it’s a win for our shareholders, with improved profitability.”

Overall, XPO’s revenue rose 11.5 percent in the quarter to $4.34 billion. The fourth quarter looks strong, too, Jacob said. “October is typically our biggest revenue month of the year and we’ll post over $1.5 billion in October. It’s hard to be down when you post more than $1.5 billion in revenue in one month. We haven’t even seen holiday peak yet, so the season is young.”