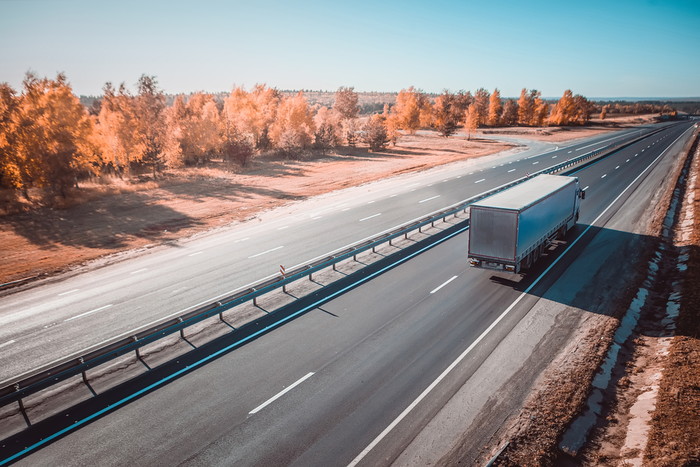 US shippers face a dilemma: Should they rebid truck freight and sign contracts with transportation providers now, or wait a few months to see if truckload rate hikes moderate? “It’s a tough time for shippers to figure out what their [2021 bidding] strategies are going to be,” said Doug Waggoner, chairman and CEO of third-party logistics provider (3PL) Echo Global Logistics.

“The permutations we’re seeing are all over the board,” depending on the type of business, the commodity being shipped, freight lanes, and other factors, Waggoner said in an interview Wednesday. “A lot of shippers are trying to figure out if we're at ‘peak pricing’ or not. If you think we’re at or close to the peak, you might want to wait a little while and delay a bid.”

Transactional truckload spot market rates have flattened or moderated in the past couple of weeks after rising 19 consecutive weeks in the second and third quarters, Waggoner said, an indication that the market may be at or near peak pricing and its tightest level of capacity. But “capacity seems to be capped,” because “carriers just can’t find drivers,” he said.

Shippers of all types are walking a tightrope as they approach budgeting deadlines and contract talks amid uncertainty about the long-term health of the US economy and the economic and physical health of US consumers in a resurgent pandemic. The tight freight markets of the fourth quarter provide an argument for moderate to significant contractual rate increases, and Waggoner doesn’t see the argument changing soon.

“I would anticipate the trucking market to stay tight with elevated prices into 2021,” he said. “We normally see a little bit of a dip in January and February which are the weakest months of the year, but I think a lot of 2021 will look like 2020.” For Echo, a $2.2 billion 3PL in 2019, that likely means further revenue growth in truckload, less-than-truckload (LTL), and intermodal rail.

Echo’s revenue jumped 23 percent year over year in the third quarter to $691.5 million after declining 7 percent in the second quarter, as retail and industrial freight demand increased. “We’ve had strong truckload market conditions ever since the trough in April,” Waggoner said. Q3 truckload volume was up 13.6 percent from a year ago, and truckload revenue 32.3 percent.

“Freight demand is interesting,” he said. “For a while it was largely from inventory restocking, especially by smaller shippers who had been shut down. But with everybody stuck at home, they’re buying more stuff. That all goes on a truck and that benefits us. I don’t know that capacity can catch up all that quickly. I anticipate the trucking market will stay tight into 2021.”

And that raises a question for shippers. “Do you want to run an RFP [request for proposal] when pricing is at its peak, or wait to see what direction demand and pricing take in the first quarter?’” Waggoner said. “Some shippers are saying let’s rebid to see if we can get some relief, while others are saying let’s delay until the first quarter.” Still others “are speeding it up.”

Similar to many of Echo’s carriers, the 3PL is seeing increased interest in “mini-bids” from shippers — bids that are short-term in length and cover only a portion, sometimes a small portion, of the shipper’s book of business. “We do have some flexible arrangements,” Waggoner said. “But you need to budget, and you have to agree to a number,” even if that number may change.

Annual budgets are “part of the normal cadence of business,” he said, and that makes it hard for shippers and their partners to move away from annual agreements or to “cost-plus” agreements in which rates fluctuate on a scale based on a market index. “The reality is you have to give a number to your CFO. And how does the shipper know you’re giving them the best cost?”

One reason Waggoner doesn’t expect truckload rates to retreat soon is the level of supply chain disruption shippers, brokers, and carriers still face. Despite the retail boom, “there’s been an uneven recovery of freight volumes,” he said, not just in terms of non-retail freight, but by the size of the shipper, with smaller shippers taking longer to recover than large businesses.

“We’ve seen a lag with small shippers. During the shutdowns [in March, April and May], the smaller companies tended to close their doors while bigger ones stayed open. When they went to restock, they found their suppliers couldn’t restock them in their normal time frames,” Waggoner said. “They were waiting three, four, or five weeks instead of one week.”

In addition, carriers, Waggoner said, “don’t always have the trucks where they want the trucks. My understanding in talking to some truckload carriers is that despite the tight market and an abundance of freight, they’re still running more empty miles than they would like to be. That’s because they don’t have the freight where they want it.” And that tightens capacity.

That imbalance has created a ripple effect that shunts some freight from one transportation mode or sector to another. “Definitely there was intermodal freight moving to truckload” in the third quarter, he said. Echo has also seen a pickup in partial truckload shipments, in which a 15,000-pound shipment that would typically go truckload shifts to an LTL carrier.

“LTL companies are really not wired for truckload freight and they don’t want it unless it fills a backhaul for them and it’s low-touch freight,” he said. “But there’s a size of shipment that’s typically too big for LTL and too small to be truckload, and that shifts more to the LTL market when the truckload market gets tight. We have a good business moving that freight.”

That’s tightened LTL capacity. “LTL capacity now is as tight as truckload,” Waggoner said. Echo increased its LTL volume 6.6 percent from a year ago in the third quarter, and boosted LTL revenue 4.7 percent to $175.5 million. “We’ve seen LTL carriers say they don’t want any more freight, or cut back what they’re accepting from customers a little bit,” he said.