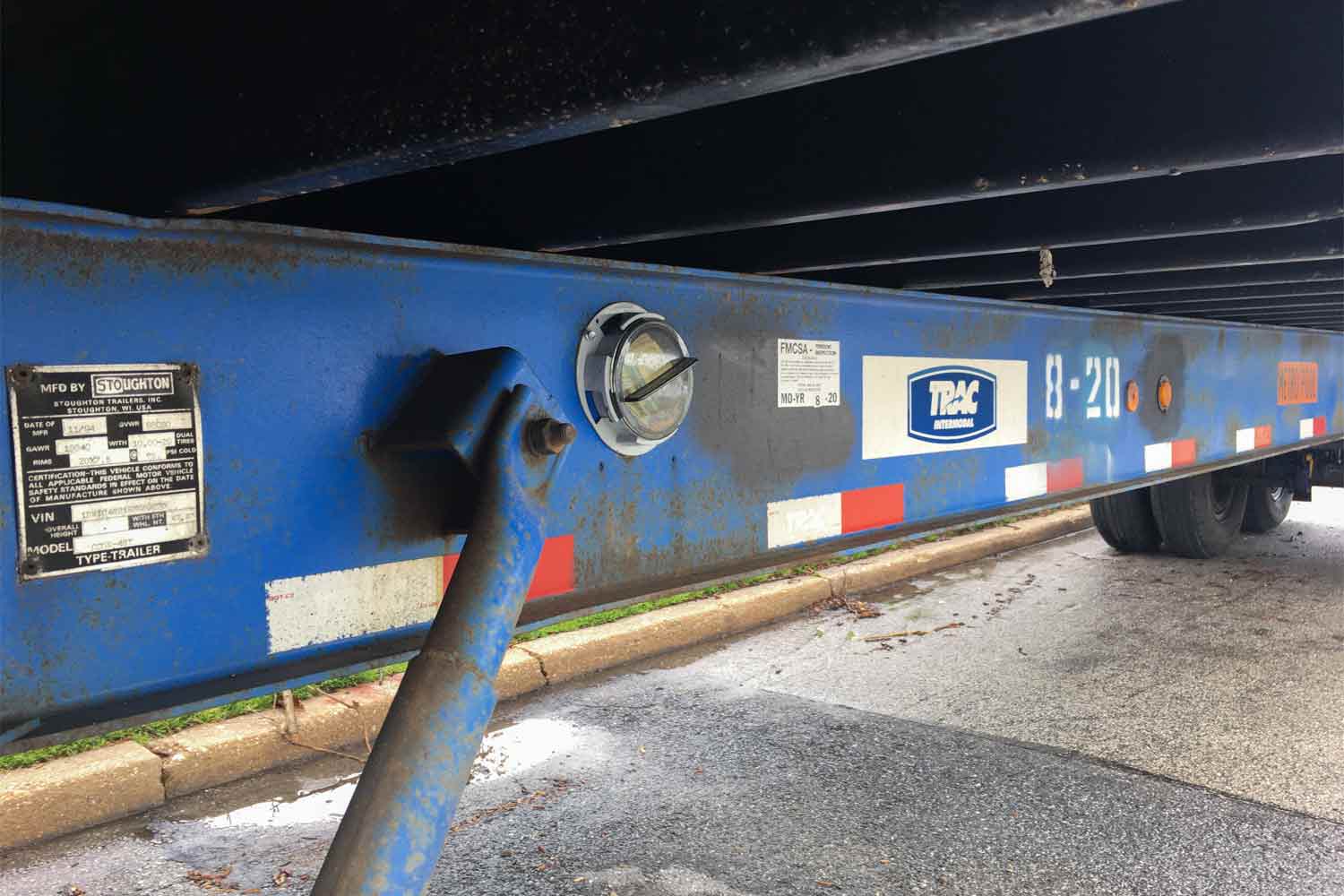 Stoughton Trailers, a US-based trailer and chassis manufacturer, believes it can get to an annualized rate of 25,000 chassis by Q3 of next year. Photo credit: Floyd McCallum/Flickr.

While North American chassis manufacturers have significantly ramped up production in the past six months, they have run into production delays that will likely push delivery of most orders placed this year until the second half of 2022.

Chassis manufacturers say delays in acquiring subcomponents of chassis such as air tanks, axles, and suspension systems have caused the production cycle to take longer than anticipated, extending the timeline for when the US transportation industry will receive the desperately needed chassis. Sustained record-setting imports that began last summer have slowed the circulation of containers and chassis, creating a shortage of equipment that has caused boxes to stack up in ports and inland railyards across the country.

“If you use Pratt as an example and scale it across the industry, I think Q3 of next year would be the target window to have most orders fulfilled,” Kent Musick, president of Michigan-based chassis manufacturer Pratt Industries, told JOC.com. “We had supply challenges, employee turnover, a labor shortage, all of those are factors. Without that, it would have been Q1 or Q2, now it’s looking like Q3.”

The delays have already forced the Port of Charleston, which planned to launch a chassis pool in May 2022, to push back that date by at least six months.

The attack on Chinese-made chassis began in 2019 under the Trump administration when a 25 percent tariff was approved on chassis and thousands of other Chinese imports. Last year, a group of US manufacturers filed a case with the Department of Commerce to assess duties on top of the tariff.

The US International Trade Commission last spring approved antidumping and countervailing duties of more than 200 percent on Chinese-made chassis, ruling that China International Marine Containers (CIMC) and others dumped chassis into the US at artificially low prices and materially injured US manufacturers. CIMC accounted for 85 percent of the US intermodal chassis market in prior years, according to the US Federal Maritime Commission.

With Chinese chassis priced out of the US market, manufacturers in the US, Canada, Mexico, and Vietnam were suddenly flooded with orders from intermodal equipment providers (IEPs), port authorities, railroads, and trucking companies.

But most North American manufacturers had completely shut down their chassis business because they couldn’t compete with CIMC, refocusing instead on building truck trailers. The companies had to restart their operations, hire new workers, and build new production lines quickly. But similar to many US businesses, chassis manufacturers are struggling to find labor.

That means orders for suspension systems “that are going out today won’t be fulfilled until January or February,” Musick said.

Val Noel, chief operating officer of equipment provider TRAC Intermodal, said the port authorities, railroads, intermodal and drayage providers, and shippers whose supply chains depend on those pieces need to be patient with the US manufacturers and suppliers.

“It’s challenging getting enough labor, getting through the supply chain to get componentry, but I believe that ultimately they’re going to get us where we need to be,” he said. “That runway may just be a little bit longer than we have thought originally.”

Still, US chassis manufacturers have made significant progress in expanding production capacity in the last six months. Pratt, for example, produced 700 chassis in 2020 but is on pace to build 4,000 units this year, a sixfold increase, according to the company.

Stoughton is on pace to produce an annualized rate of 10,000 chassis before the end of this year, according to CEO Robert Wahlin. The company plans to raise the number to 25,000 chassis in the third quarter of 2022, opening a second production line in Stoughton, Wisconsin, and possibly a third location.

“If you take where the entire US chassis manufacturing industry was a year ago versus today, there has been over a 200 percent increase in total domestic production,” Wahlin told JOC.com. “You also have chassis suppliers from Vietnam, Taiwan, Canada, and Mexico, so the solution must include everyone.”

However, the same congestion affecting thousands of shippers using the ports of Los Angeles and Long Beach are also slowing imports of chassis and subcomponents from Vietnam and Taiwan.

CIMC is also not out of the chassis business altogether. CIE Manufacturing, its US-based subsidiary, has opened production lines in South Gate, California, and Emporia, Virginia, with the goal of producing chassis entirely from US-sourced components. If CIE were able to build a chassis in the US without any subcomponents from China, it would not be subject to import tariffs, nor countervailing and antidumping duties.

US truckers hike fees on excessive dwells for trailers, containers

Parcel vs. LTL: Managing Big and Bulky Shipments Without Breaking the Bank
Global Shipping Outlook: What Will 2022 Hold?
Port Performance North America: When Will the Bottlenecks Ease?
END_OF_DOCUMENT_TOKEN_TO_BE_REPLACED