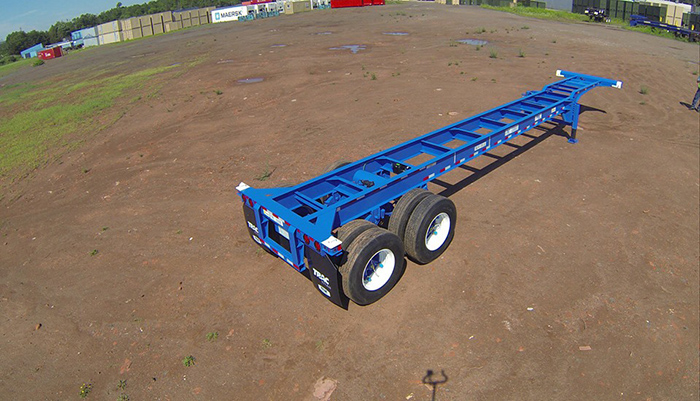 TRAC Intermodal has an active fleet of more than 250,000 chassis.

TRAC Intermodal plans by March to convert its 500-plus marine chassis at the Port of Mobile to radial tires, furthering an industry-wide push to upgrade intermodal equipment quality to keep more chassis in circulation.

Truckers have long complained about the quality of chassis, many of which were acquired by intermodal equipment providers after years of uneven maintenance and investment by container lines.

Since 2009, most container lines have abandoned their traditional role as the primary suppliers to the US marine-chassis market. The lines have transferred their equipment to leasing companies that rent or lease chassis to drayage operators.

TRAC and other leasing companies have been gradually upgrading their chassis fleets. Some motor carriers, meanwhile, have acquired their own chassis to ensure quality and as a hedge against rising rental costs.

The North American Chassis Pool Cooperative, which a group of motor carriers formed in 2012 to provide cooperative pools with better chassis, announced this month it will expand its “premium pools” for high-end chassis to three locations in the Ohio Valley.

NACPC has operated premium pools since last year at Savannah and Houston in conjunction with regional pools operated by Consolidated Chassis Management, an affiliate of the Ocean Carrier Equipment Management Association.

TRAC, which with an active fleet of 267,000 units is the largest chassis provider, said it plans eventually to equip all of its marine chassis with radials, which provide better quality and performance, improved fuel economy, greater durability, and reduced downtime for repairs.

Tire quality is especially critical in markets such as Mobile, where long hauls, heavy loads, and hot-weather conditions are common.

TRAC said it began upgrading to radials at Mobile in December and will complete the process by March. The company said it will not impose an extra charge for radial-equipped chassis operating in a TRAC-managed pool.

In addition to Mobile, TRAC provides radials for premium chassis pools at about 10 other locations around the country and has installed radials on a significant portion of the several thousand chassis it refurbishes annually.