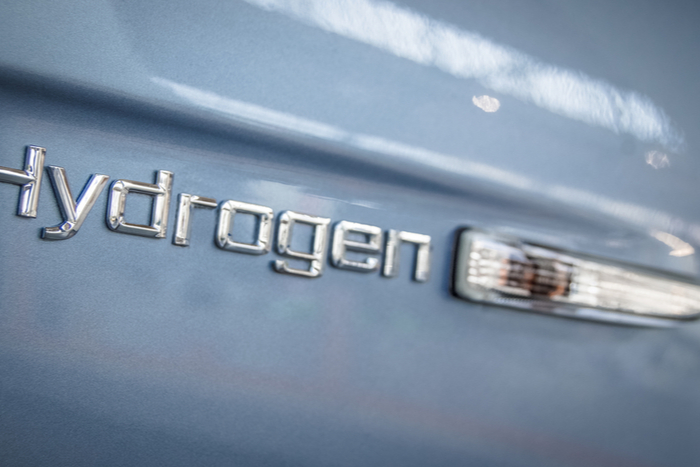 Whether powered by fuel cells or batteries, electric trucks will need a fueling infrastructure that at the moment does not exist. Photo credit: Shutterstock.com.

Daimler Truck AG and the Volvo Group, two of the largest global diesel truck makers, signed a preliminary joint venture agreement to develop hydrogen fuel-cell technology for electric heavy trucks, with the goal of producing those trucks commercially in the second half of this decade.

The preliminary agreement is the latest step toward getting an electric-powered heavy-duty truck on the road in the United States and in Europe. More progress has been made in recent years putting light- and medium-duty electric delivery vehicles (EVs) to work.

“For trucks to cope with heavy loads and long distances, fuel cells are one important answer and a technology where Daimler has built up significant expertise over the last two decades,” Martin Daum, chairman of Daimler Truck, said in a statement Tuesday.

To enable the venture, Daimler Trucks will consolidate Daimler-wide fuel cell activities in a new business unit, including the operations of Mercedes-Benz Fuel Cell. The Volvo Group will purchase a 50 percent stake in the joint venture for approximately $650 million.

Volvo and Daimler expect to finalize the agreement by the third quarter and close it before the end of 2020. The joint venture will include production facilities in Germany and Canada.

Improvements in battery design are fueling electricity’s revival as a fuel for vans and pickup and delivery-style trucks, pushing interest in EVs to a height not seen since the 1920s, when electric delivery trucks and charging stations were a common sight in large US cities.

Trucking companies such as Dependable Highway Express are eager to test and use electric trucks. DHS, a Los Angeles-based less-than-truckload (LTL) carrier and part of the Dependable Companies, already has electrics in its fleet, according to Joe Finney, chief operating officer.

Dependable plans to use electric trucks from Tesla in harbor trucking, hauling containers to inland warehouses, and for LTL linehaul runs between terminals, Finney said. “With the turns we have, we should be able to make them with one charge of the battery,” he told JOC.com.

Electric vehicles are generating a wave of technological innovation, with major global truck manufacturers racing to produce them, as well as market disruptors such as Nikola Motor Co., which is developing hydrogen fuel-cell- and battery-powered trucks in North America.

Nikola went public last month in a merger with VectoIQ Acquisition Corp., a publicly traded acquisition company. The deal injected $525 million into Nikola, which plans to build not just fuel cell trucks, but a hydrogen fuel infrastructure, with fuel cell trucks available in 2023.

Fuel-cell technology is being developed for maritime applications as well, including naval submarines, commercial ferries, and offshore support vessels.

The driving force behind development of electrics isn’t fuel prices — US diesel prices are more than 60 cents per gallon lower than a year ago, as oil prices plummet — but regulation, particularly in the European Union, which wants a carbon-neutral Europe by 2050.

Electrification is a key element of the European Commission’s “Green Deal” initiative, Martin Lundstedt, Volvo Group president and CEO, noted. “Using hydrogen as a carrier of green electricity to power electric trucks in long-haul operations is one important part of the puzzle,” Lundstedt said in Tuesday’s statement.

More localized regulations also promote EVs. The California Air Resources Board (CARB) is expected to release an updated version of its proposed electric truck rule shortly. CARB introduced the rule last October, but asked its staff to strengthen the proposal after a hearing last December.

Shippers also play a key role in promoting electric vehicles through sustainability programs that increasingly require their suppliers to meet carbon reduction targets, often through the use of electric vehicles. Such programs now are far from unusual in the United States.

More than 90 percent of CEOs say sustainability is important to their company’s success, according to the University of Michigan’s Erb Institute, a partnership between the university’s Ross School of Business and its School for Environment and Sustainability.

In a 2018 study, IHS Markit forecast greater acceptance and use of electric commercial vehicles in the US, leading to a decline in the number of new heavy- and medium-duty diesel trucks as a percentage of the US market from 80 percent today to 66 percent by 2040.

That study found diesel would remain the leading source of power for US heavy trucks for decades, but also found adoption of alternative fuels would accelerate faster in a scenario where governments impose increasingly stringent emissions standards.

The limits of battery technology have constrained heavy-duty electric vehicles to local or regional work, however. Fuel-cell technology could change that, allowing truck operators to refuel on the road much as they do today at truck stops and gas stations.

Instead of plugging into the grid, fuel-cell systems convert the chemical energy of hydrogen and oxygen into electricity to power vehicles on the road. Electricity may be used to convert water to hydrogen, or hydrogen may be produced from natural gas captured during oil extraction.

Both solutions would require building an energy distribution infrastructure that doesn’t currently exist nationwide to deliver that jolt of power. That may take longer than the development of better electric batteries or hydrogen fuel cells.

“We believe in hydrogen fuel cells for commercial vehicles,” Lundstedt said. “But for this vision to become reality, other companies and institutions also need to support and contribute to this development, not least in order to establish the fuel infrastructure needed.”