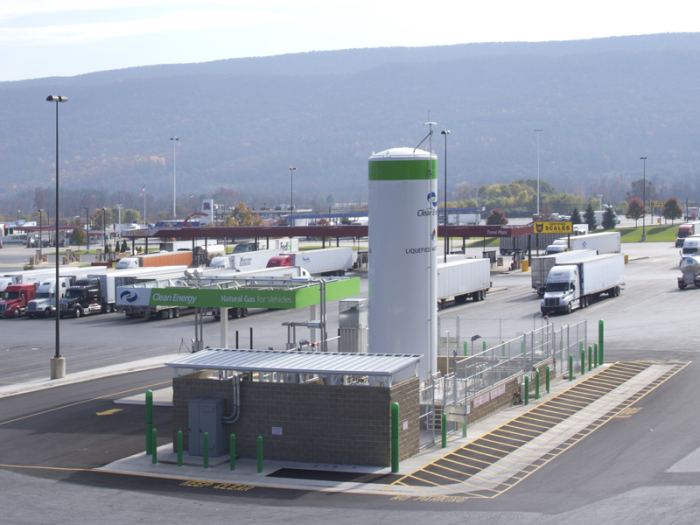 Clean Energy Fuels is expanding its U.S. natural gas network, opening 27 fueling stations in the first half of 2014, including nine “truck friendly” stations along interstate highways.

The scarcity of fueling stations is a roadblock to expanding the use of liquid or compressed natural gas as over-the-road truck fuels, but the natural gas fueling network is growing.

In the past few months, Clean Energy has won new truck fleet customers and expanded its business with existing trucking operators such as Saddle Creek Transportation.

“Our customers recognize the importance of sustainability in their supply chain and the value in moving goods with natural gas,” Michael DelBovo, president of Saddle Creek, said last month.

Saddle Creek has sent CNG trucks as far as San Diego, running several cross-country trips along the I-10 corridor between Florida and California for two shipper customers.

Clean Energy has signed up new customers this summer as well, including G&P Trucking, Interstate Distributor and Raven Transport, all of which plan to operate LNG trucks.

Some of the push for CNG and LNG use is coming from shippers, carrier executives said.