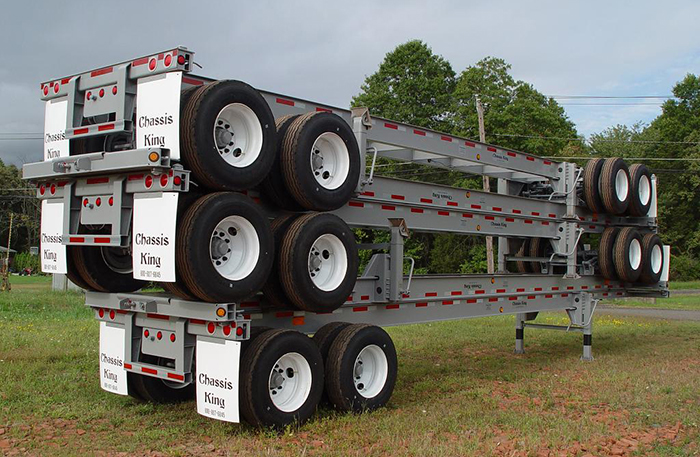 The fact chassis ownership is typically decoupled from the tractor hauling it contributes to the problem.

Shippers are shouldering the cost of a sudden and often unexplained increase in unpaid tolls racked up by independent drayage drivers in the Chicago area, adding an incidental expense to rising rates expected to climb even higher this year after new federal trucking regulations take effect.

Every unpaid toll — including the cost of the toll itself, a charge for violating the toll, a charge for late payment, and any administrative costs being charged by intermediaries — costs $85 or more. That’s as much as Chicago-area drayage rates have increased during the past five years, according to the Drayage Directory, part of Drayage.com and LoadMatch, an intermodal directory and container matching service based in the Chicago area.

The federal electronic logging device (ELD) mandate for commercial truck drivers that takes effect in December is expected to drive up drayage costs even more, as available driver hours collide with mounting delays at US ports and rail yards — although the mandate will only impact drivers travelling more than 100 air miles from their starting location. The delays are costly now, but they could become even more costly after Dec. 18, when the mandate takes effect. The industry, from motor carrier executives to drivers, is concerned the rule could have a significant and unexpected impact on drayage.

“These unpaid tolls are just another example of dray rates increasing,” said Jason Hilsenbeck, president of Drayage.com and LoadMatch.

While it is possible that the toll transponders in drivers’ cabs are malfunctioning, local reports suggest that many independent owner-operators are not using transponders at all in order to avoid paying tolls. When a truck passes through a tolling gantry without a functioning transponder, the Illinois State Toll Highway Authority’s cameras photograph the rear license plate, which is tied to the chassis owner and not the driver behind the wheel.

Although, in some cases, by the time the final bill arrives at the drayman’s desk, Hilsenbeck said, that independent driver is long gone, already working for another company under another contract. Draymen are left to absorb the cost themselves, which results in higher rates for shippers.

“Right now one of the lowest dray rates in the area is $312,” said Jason Hilsenbeck, president of Drayage.com and LoadMatch, an intermodal directory and container matching service based in the Chicago area. “If incidental charges like unpaid tolls keep mounting, that $312 is probably not going to exist next year, it’s probably going to be in the $340-$350 range.”

Chassis providers and chassis pool managers in the Chicago area, including major players like Flexi-Van and Consolidating Chassis Management (CCM), have reported an uptick in unpaid tolling fees. Neither Flexi-Van or CCM, however, could estimate just how much has been accumulated in fees from the tolling authority. Nor could they explain why there’s been an uptick in reported unpaid tolls. The Illinois State Toll Highway Authority has not responded to inquiries.

“I don’t know the details of their exact quantities and numbers,” said Tony Rangel, director of business development for fleet services at American Traffic Solutions (ATS).

Chassis provider Flexi-Van hired ATS a little more than four months ago to, as Rangel put it, “minimize financial exposure.” The company, probably best known as a major provider of red-light cameras and safety technology, essentially foots the bill for any toll racked up by a driver with a Flexi-Van chassis.

“What we do specific to Flexi-Van is we manage their license plates with all the authorities around the country, so if a power unit doesn’t toll responsibly we have basically enrolled all of Flexi-Van’s license plates, all their chassis, under our name. If a photo is taken of a rear plate because a transponder failed, they actually will see that plate sits on our account and it actually stops a violation from ever being issued,” said Rangel.

ATS gets billed and Flexi-Van gets a monthly invoice that includes the cost of the unpaid tolls and an administrative cost from ATS.

The hiring of companies like ATS could be another reason there’s been an uptick in reported unpaid tolls, Hilsenbeck said. “There’s more attention being paid to it by this ATS company. Now it’s being recorded and tracked so it may seem like there’s more, when really it’s just being watched more closely.”

Although that wouldn’t explain why other industry players, such as chassis pool managers like CCM, have noticed an uptick, as well. CCM manages a pool of 33,000-plus chassis predominantly in the Chicago area.

“We have seen an increase lately. We may not have been invoiced for everything yet, so it’s difficult to give an accurate dollar amount,” Ken Tock, vice president of CCM, told JOC.com.

For chassis that are managed through a pool, paying off the unpaid toll can be more challenging than for those owned and leased out by companies such as Flexi-Van.

“At the end of the day, because Flexi-Van is the title holder, they’re on the hook. So CCM’s challenge is different,” said Rangel. “Where a pool management company comes in, they manage, they don’t own, but they manage assets from several contributors.”

That means, in this case, they’re also managing the hunt for the driver or draymen ultimately footing the bill of unpaid tolls. “For us, we’re not necessarily the owner of the chassis. We’re facilitating the process, though,” Tock said.

It’s a lengthy process to facilitate, and the ongoing drama as to why it’s happening in the first place is still unresolved. In the meantime, the mounting costs are trickling down supply chains already under stress with upcoming ELD regulations and the resulting increase to transportation costs taking effect by year’s end.