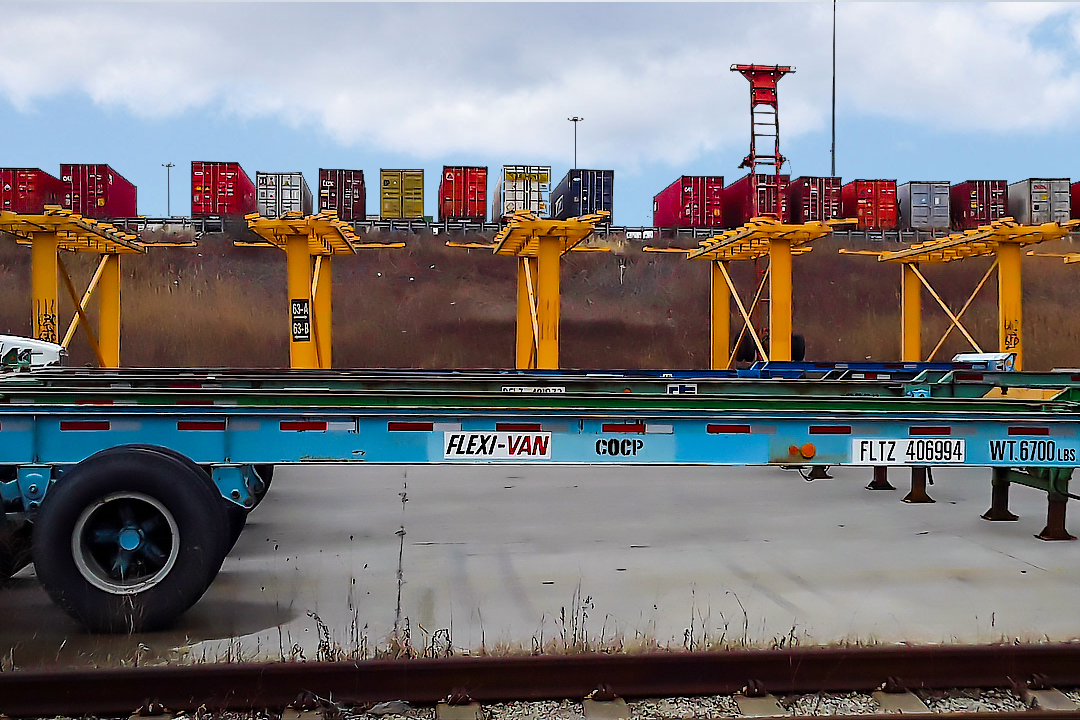 A longstanding disagreement between truckers and ocean carriers has boiled over to a potential complaint to the FMC, but both sides also appear willing to see if talks can resolve their differences. Photo credit: Ari Ashe/JOC.com.

Simmering tensions between ocean carriers and draymen are threatening to escalate into a battle before the Federal Maritime Commission (FMC) after the American Trucking Associations (ATA) fired off a letter demanding a resolution to its long-standing complaint over restrictions that make it difficult for truckers to use their own chassis.

Still, both sides expressed a willingness to talk in an attempt to reach an agreement before resorting to federal intervention.

In a May 4 letter to the Ocean Carrier Equipment Management Association (OCEMA), ATA threatened to file a complaint with the FMC unless the groups strike a deal to resolve ATA’s complaint about “truck choice,” which would give its members the freedom to choose their own chassis to haul a container. ATA also alleges the lack of “choice” violates the US Shipping Act of 1987 as an “unreasonable” business practice, causing economic damage totaling $1.8 billion since 2017.

“Merchant haulage prices are three to eight times higher than carrier haulage prices, indicating a dramatic overcharge on merchant haulage movements above the average daily cost of chassis for chassis providers,” the ATA wrote in its letter. “OCEMA members are liable for these overcharges, which could amount to $1.8 billion over the last three years.” Carrier haulage refers to when an ocean carrier handles the entire door-to-door experience for a beneficial cargo owner (BCO), including procuring a chassis. Merchant haulage is when the ocean carrier’s responsibility ends in the marine terminal and the BCO is responsible for the inland transportation to the dock door.

Despite the heated disagreement, Tyler Rushforth, chairman of the ATA’s Intermodal Motor Carrier Conference, said the group will not file a complaint with the FMC if the two sides can resolve their differences in talks.

“We have conveyed to them that we are not messing around. If OCEMA doesn’t come to the table to resolve this, as a good participant in the triangle of intermodal stakeholders, we will go to the Federal Maritime Commission,” Rushforth said. “But we hope that we don’t have to go to the FMC.”

Jeff Lawrence, executive director of OCEMA, said he’s still reviewing the ATA’s letter, but his group is happy to sit down to discuss the issues.

“We’ve had conversations with the ATA on an ongoing basis on a variety of issues and we continue to be available to talk to them about issues of common concern,” Lawrence told JOC.com.

OCEMA, which represents ocean carriers, formed Consolidated Chassis Management (CCM). CCM has operated cooperative pools for more than a decade. However, OCEMA as an association has little power to tell its members whether to use CCM or the private pools run by chassis providers, such as TRAC Intermodal, DCLI, and Flexi-Van Leasing.

The economics of ‘choice’

Some OCEMA members believe strongly in the CCM model and the right of truckers to use their own equipment. Other OCEMA members instead prioritize pricing needs.

By guaranteeing volume, perhaps hundreds of thousands of container hauls per year, ocean carriers can negotiate lower rates with chassis providers such as TRAC Intermodal, DCLI, and Flexi-Van Leasing. CCM has been unable to match the rates these other providers, which are privately owned companies, can offer to high-volume customers.

Chassis providers vehemently deny that they take a loss on high-volume customers and make huge profits on one-off transactions. Similar to any business, chassis providers point out that pricing by volume is normal; customers that consistently provide a heavy volume of guaranteed business generally receive a better rate than a new or sporadic customer.

Disagreement over what a trucker can and cannot do in terms of chassis has pitted supply chain stakeholders against one another in a vociferous debate over how to best serve BCOs. OCEMA and chassis providers vehemently disagree that overcharging is occurring, or unethical or illegal conduct is taking place.

And it’s not just an economic issue, it’s also operational. Trucking companies prefer to use one chassis all day, rather than switch equipment based on ocean carrier agreements with chassis providers, and also want the freedom to choose which chassis to use. The switch is called a “chassis split,” which truckers worry waste minutes in a workday now monitored by electronic logging devices.

“In a lot of these ports, the driver is told, ‘No, you’ve got to get this chassis, not that one. Get this brand, not that one. You got the wrong brand, go to the end of the line.’ For some reason, solving that Rubik’s Cube, that calculus formula has been a real problem over the last six or seven years,” Rushforth said.

Rushforth said while this might reduce or eliminate chassis splits, binding trucking companies to TRAC, DCLI, or Flexi-Van equipment based on the name on the container eliminates the option of using a trucking-company owned chassis.

In Memphis, there is an ATA-backed effort to replace TRAC, DCLI, and Flexi-Van proprietary chassis pools with one CCM-operated pool, allowing any chassis to be used for any container. ATA believes this would eliminate chassis splits while providing options for each driver. The opposition in Memphis argues this solution actually eliminates choice, because DCLI and TRAC would give up their proprietary, private pools, and CCM would be the only non-trucker option.

While CMA CGM’s announcement to join the Memphis CCM pool was a win for the ATA efforts, the CCM pool is struggling to survive in Chicago and Ohio Valley (COCP) and the Gulf (GCCP) where DCLI is exiting the cooperative pool and TRAC Intermodal may not be far behind.

Because OCEMA is willing to sit down with ATA, the question becomes whether the two sides form any agreements. OCEMA and ATA worked together in 2005 to establish standards for the roadability of chassis covered in the Safe, Accountable, Flexible, Efficient Transportation Equity Act (SAFETEA-LU), so there is a history of deal-making.

If they can make a deal, it would avoid a lengthy — and potentially costly — regulatory battle.